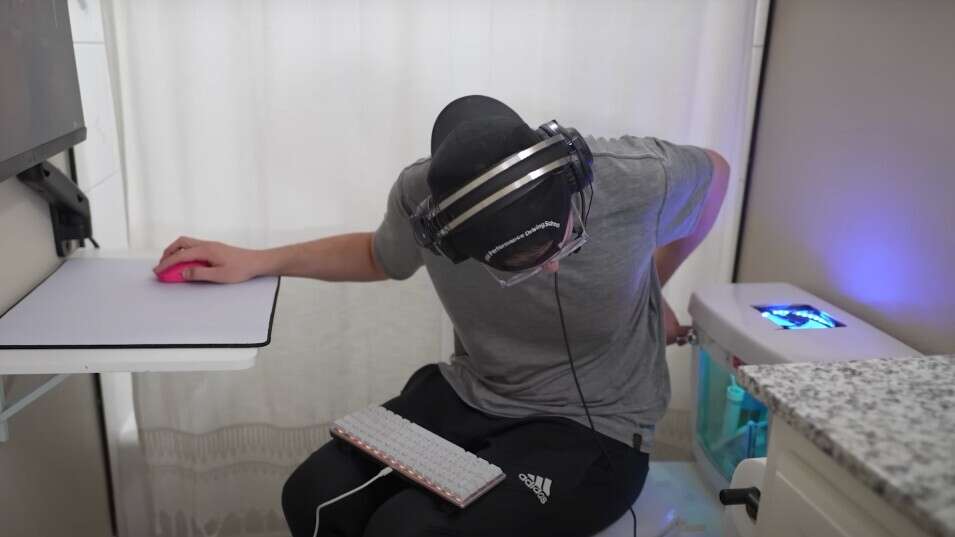 In the latest example of creativity used for evil purposes, YouTuber Basically Homeless made a toilet PC. Yes, it’s a PC that can handle games like CS:GO and is still a functional toilet. The flush works.

And it’s not just a throwaway build. The PC is equipped with a 3060 RTX, courtesy of Micro Center, who also supplied every other component, except for of course, the toilet. The fan is installed on the toilet tank lid. The rest of the PC parts are sequestered in a (barely) closed off area in the toilet tank, right in proximity to the toilet’s water. The first leak test didn’t go so well, but with enough flex seal, the second test worked.

The water didn’t touch the PC parts, and Basically Homeless was able to successfully play a FPS game using the toilet PC. How strong this flex seal is over time remains to be seen.

In terms of innovative PCs, this hybrid toilet-slash-PC really is truly surprising. Basically Homeless, though, has a history of building PCs in strange household items, like a fridge PC and a toaster PC. What will he think of next? What can surpass the PC toilet?

Anyways, if you’re looking to build a PC not in your toilet, Micro Center is a great place for deals on parts and prebuilts. The only limitation is that it doesn’t have stores in every state and the best deals usually require people to stop in-store and pick up the product. 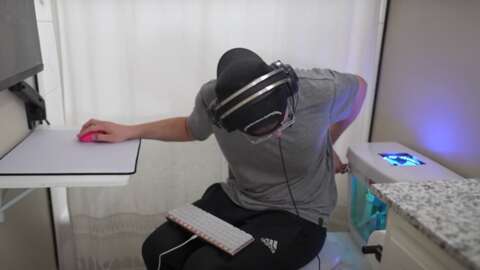