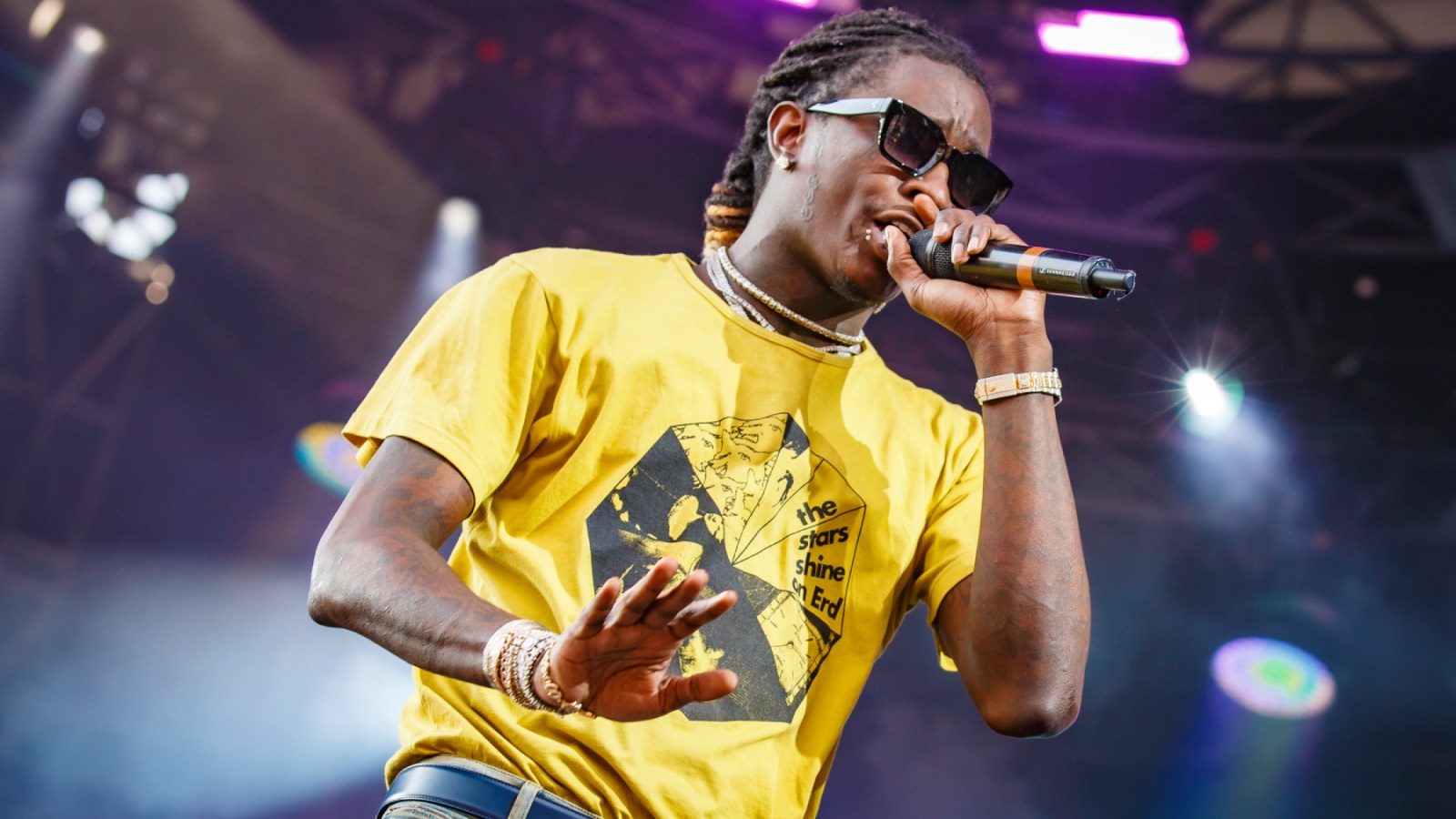 Young Thug allegedly received a Percocet pill from one of the co-defendants in his RICO case during a “hand-to-hand drug transaction” in open court, but his lawyer says the Grammy-winning rap star had no idea what was happening and has been “cleared” of any wrongdoing.

In a motion filed Thursday, Fulton County prosecutors allege Kahlieff Adams, one of Young Thug’s 13 co-defendants at his gang conspiracy trial now underway with jury selection in Atlanta, walked up to the musician during a Wednesday hearing and passed off the pill in a brazen handoff caught by a courtroom surveillance camera.

Young Thug, whose real name is Jeffery Williams, “does not even know Mr. Adams,” his lawyer Brian Steel says.

“The state’s motion is replete with factual inaccuracies, embellishments, and improper attempts to make Mr. Williams responsible for someone else’s actions. The end result of an investigation into yesterday’s incident was that Mr. Williams was cleared of any wrongdoing,” Steel tells Rolling Stone. “The responsible parties were charged and appeared in court for first appearances this morning.”

Attempts to reach the Fulton County Sheriff’s Office were not immediately successful Thursday.

Video of the incident obtained by WSBTV shows the alleged handoff, with Sheriff’s Office personnel immediately approaching Williams to retrieve the alleged narcotic.

Prosecutors say Sheriff’s personnel searched Adams, who is serving a life sentence for a murder conviction, and recovered Percocet, marijuana, tobacco, and other contraband “wrapped in plastic and food seasonings to mask the odor of the marijuana.”

Adams was then taken to Grady Hospital “after he appeared to ingest other items of contraband that he held on his person, in an effort to conceal the extent of his crimes within the courtroom.”

The motion claims the incident caused the jury selection process to be “delayed and adjourned before a single juror hardship was addressed for the day.”

This wasn’t the first case of alleged smuggling in the courtroom amid jury selection in the high-profile case.

The mother of fellow defendant Deamonte Kendrick, a fellow rapper known as Yak Gotti, was arrested Tuesday after allegedly trying to sneak rolling papers and tobacco to her son, WSBT previously reported.

Williams, 31, is considered the chief defendant in the government’s sprawling RICO case, which initially charged 28 people with being members of a criminal street gang known as YSL, or Young Slime Life. Williams is battling nine charges total, including the top count of racketeering conspiracy, online records show. Prosecutors claim he possessed marijuana, codeine, cocaine and a machine gun and rented the 2014 silver Infiniti Q50 sedan that was used in the murder of rival gang member Donovan Thomas Jr. in January 2015.

Fourteen defendants are part of the current trial following a wave of plea deals from prosecutors. Williams’s Grammy-nominated protégé Gunna, born Sergio Kitchens, accepted one of the deals and walked out of jail Dec. 14. He entered an Alford plea that allowed him to maintain his innocence while pleading guilty to a single count of racketeering. Under the terms of his deal, Kitchens won’t be called to testify, and his statement read in court — in which he admitted he had personal knowledge of people committing crimes in furtherance of what prosecutors have called the YSL gang — cannot be used against any other defendant, his lawyer Steve Sadow has said.

Williams’ fate could largely rest on the credibility of former associates including Antonio “Mounk Tounk” Sledge, a co-defendant who accepted a plea deal in exchange for his cooperation and testimony. Sledge is due to testify that he “personally knows” one or more YSL members murdered Thomas Jr., and that he went to Williams’s house the day of the killing and received money from Williams to “lay low.”