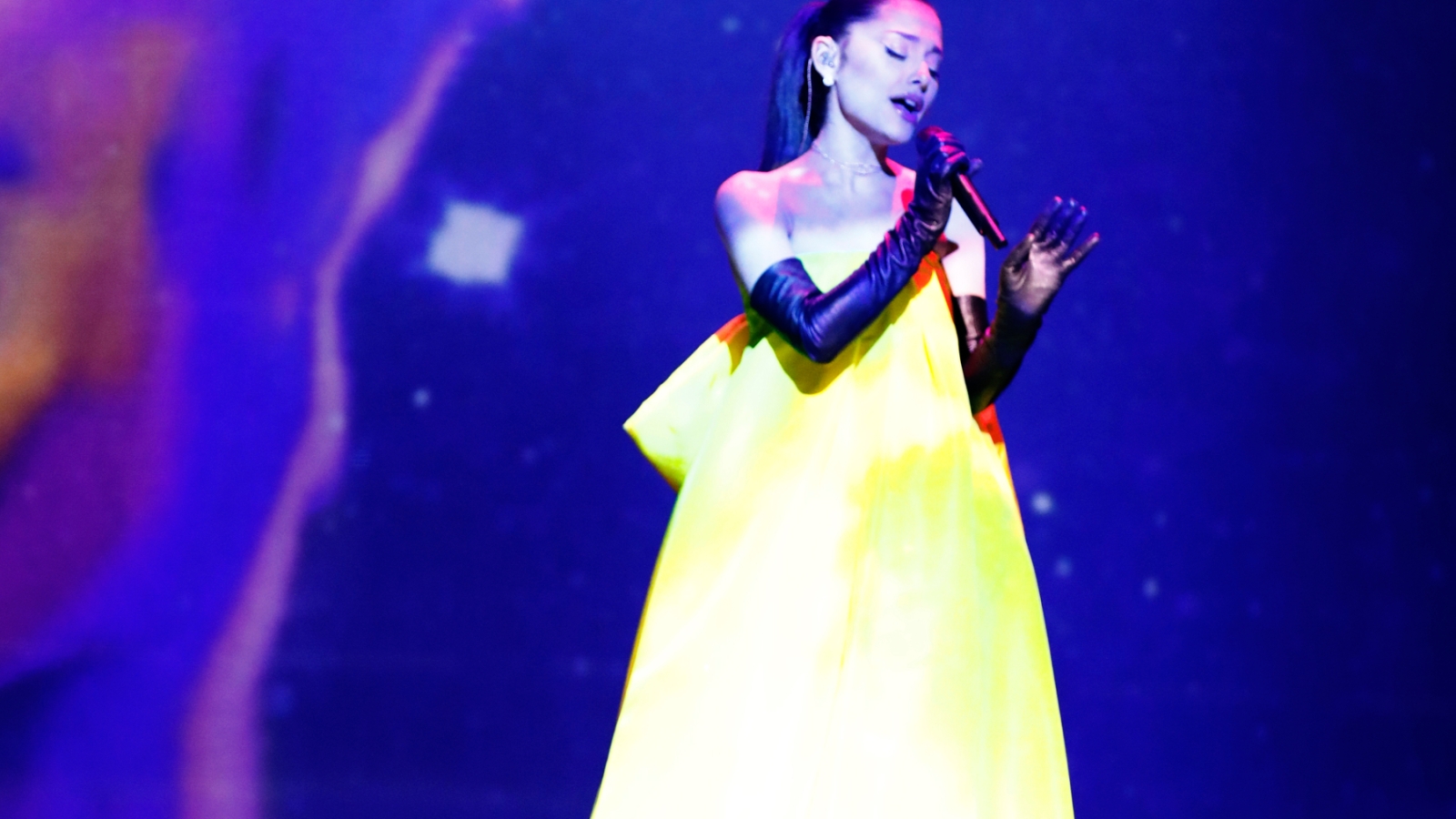 Amidst her Wicked duties, pop star tried to quell fan concerns with a rendition of “Somewhere Over the Rainbow”

Ariana Grande took a brief moment away from filming a literal musical to reassure any worried fans that, yes, she is still a singer with an a cappella rendition of “Somewhere Over the Rainbow” on TikTok.

The short video did seem to be in response to some rather flummoxing concerns from fans about what Grande’s been up to, with Grande dropping a caption in the corner (done in the extremely-online sarcastic font) that read, “Why aren’t you a singer anymore?!?!” As Grande noted right below that, she is currently “on set filming two musical movies all day every day” — those being the two parts of the highly-anticipated adaptation of Wicked.

Still, the “Over the Rainbow” performance was a perfect treat, and — as Grande noted in her TikTok caption — aptly “Ozian.” She added, “keeping to my little bubble for now … done with lots of love.”

Production on the Wicked movie began last summer, with Grande starring as Glinda and Cynthia Erivo as Elphaba. Jon M. Chu — who recently helmed the In the Heights adaptation — is directing, and the stacked cast also boasts Jonathan Bailey, Michelle Yeoh, Jeff Goldblum, and Bowen Yang. Part one is slated to hit theaters on Dec. 25, 2024.

Outside the obvious Wizard of Oz/Wicked tie, “Somewhere Over the Rainbow” has become a bit of a signature song for Grande. Back in 2017, Grande sang it at the end of her One Love Manchester benefit concert for the victims of the bombing at her show in Manchester earlier that year. She then added the song to her setlist for the rest of her tour in support of Dangerous Woman.