Nintendo has premiered a new Nintendo Direct focusing solely on Xenoblade Chronicles 3, dropping nearly a half-hour of new information ahead of the game’s July 29 release.

The presentation revealed the Xenoblade Chronicles 3 Expansion Pass, adding over a year’s worth of additional content for $30. The pass will include special color variants on the game’s launch day, two packs including new heroes, quests, and challenges, and a story expansion set to be released by the end of 2023.

Amiibo support was also confirmed for XC3, allowing players to scan every Amiibo for extra items. The Shulk amiibo contains an additional perk, turning Noah’s sword into the Monado from the original Xenoblade Chronicles when scanned.

The Direct laid out the game’s story and battle system, focusing on the party’s six classes and their abilities. Those classes are as follows:

Players will also be able to wield the power of the Ouroboros, a super-powerful entity born from fusing two of the party’s characters together. The fusion is temporary, but while active it can deal massive damage to enemies while evading attacks thanks to its super-fast speed. Players can also switch which of the fused characters is controlling the Ouroboros, changing its abilities in the process.

Xenoblade Chronicles 3 follows a group of heroes with only ten years to live, but those short lives spent endlessly fighting in a massive war between two nations. It will launch exclusively on Nintendo Switch July 29. Xenoblade Chronicles 3 preorders, including the Special Edition, are available now. 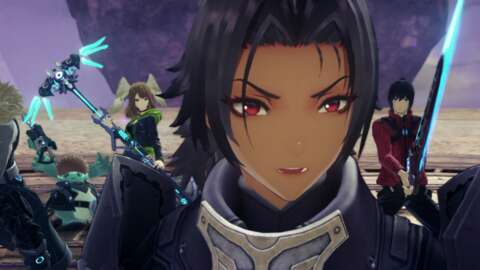