WWE is hopping back into the digital squared circle as WWE 2K23 has been officially confirmed for release March 17, with 16-time world champion John Cena serving as the cover athlete.

Cena will be the subject of the game’s 2K Showcase Mode, which will follow Cena throughout his career–which starts with the Prototype character in 2002 and travels all the way to today. However, instead of players taking the role of Cena during his career, they will instead control his toughest opponents in a bid to take Big Match John down.

Wrestlers confirmed for the game’s roster along with Cena are Roman Reigns, Brock Lesnar, Cody Rhodes, Ronda Rousey, and “Stone Cold” Steve Austin. The fabled WarGames match will make its WWE 2K debut in this year’s game as well, and it will feature three-on-three and four-on-four gameplay inside the match type’s trademark two rings and double-sized steel cage.

Along with 2K Showcase, other returning modes include the following:

Players who preorder WWE 2K23 will receive the Bad Bunny Bonus Pack, which includes the Grammy Award-winning artist as a playable character, along with his MyFaction card. 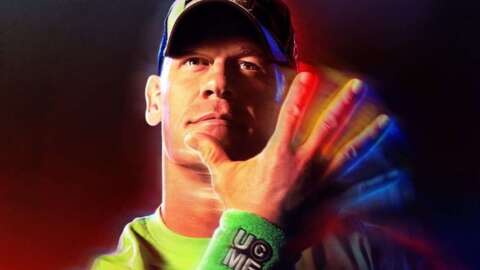