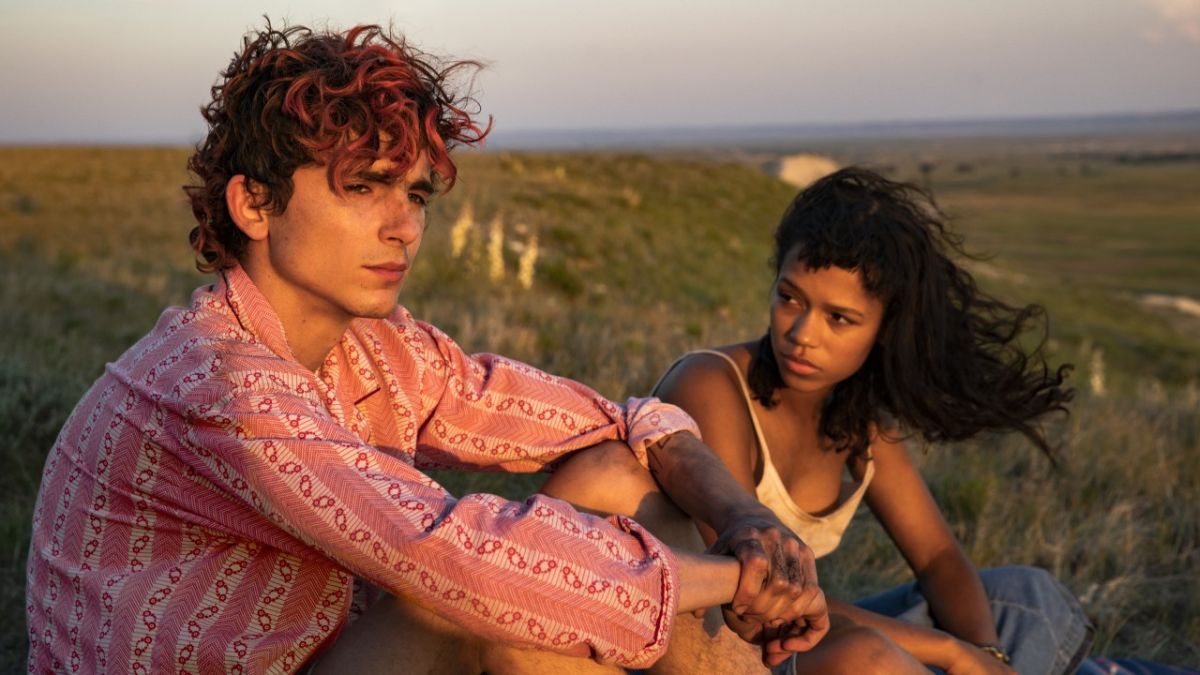 Though Bones and All director Luca Guadagnino claims his latest film is a beautiful romance, the cannibalism flick has more so become one of the most-talked about horror movies as of late. Much of the conversation surrounding the production (which is the second collaboration between Timothée Chalamet and the Call Me by Your Name director) is about the brutal scenes that show the lead characters consuming human flesh. Well, co-lead Taylor Russell revealed what she and her co-stars were actually eating during those horrific scenes of human consumption and, honestly, it doesn’t sound all that bad.

While promoting the horror film, Taylor Russell sat down with Entertainment Weekly, providing more insight into her character Maren, what to expect from the 1980s-set movie, and what went into creating those graphic sequences of cannibalism. The actress revealed that while the scenes between her and Timothée Chalamet may look gruesome, they were eating a concoction of tasty treats. The actress told EW:

It’s great that the filmmakers took the time to find a solution for the cannibalistic eating scenes that wouldn’t be too hard on the actors because, often, sequences can take hours, if not days, to complete. It can be grueling if an actor has to eat something gross scene after scene. Luckily for the stars here though, maraschino cherries and dark chocolate sauce are far from human meat!

Many have noted the odd timing of the Call Me By You Name helmer releasing such a movie while one of his past collaborators, Armie Hammer, was embroiled in an alleged cannibal controversy of his own. However, Guadagnino claims it didn’t even “dawn on him” until others pointed it out. One would be inclined to believe the director because cannibalism films seem to be in vogue. Bones and All isn’t even the only movie in cinemas right now that tackles the topic. The critically well-received class satire The Menu focuses on similar subject matter.

Of course, that’s barely scratching the surface. There were four mainstream cannibalism movies released this year alone and many more in recent years worth checking out.

There’s a chance you’ll want to see where Timothée Chalamet and Taylor Russell’s human flesh consumption ranks amongst the all-time great cannibal movies or what director Luca Guadagnino considers a beautiful romance. In that case, you can get a taste of Bones and All by seeing it in theaters now. The fact that the stars are really chowing down on sweet treats should make the brutal movie go down a bit easier. And of course, to plan your next movie theater experience sans all the cannibalism, check our CinemaBlend’s schedule of new movie releases.