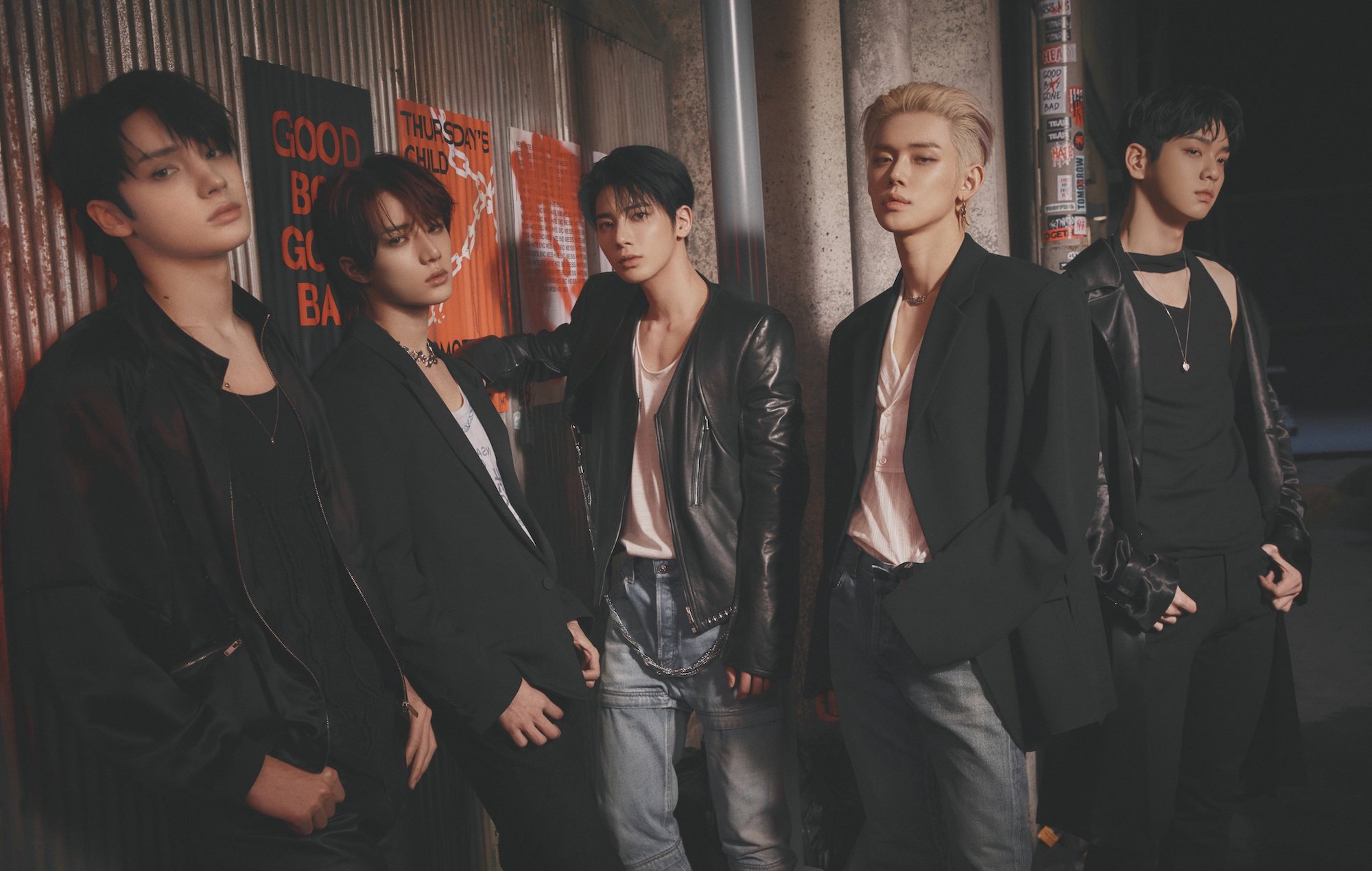 Tomorrow X Together’s (TXT) full set at this year’s Lollapalooza festival has been released in full – watch it below.

On August 5, the 34-minute-long clip of the South Korean boyband’s performance at the festival was uploaded to their official YouTube channel. It features footage of all eight songs performed by the five-piece on July 30, including cuts from their most recent mini-album, ‘minisode 2: Thursday’s Child’, such as title track ‘Good Boy Gone Bad’ and ‘Thursday’s Child Has Far To Go’.

Accompanied by a live band, TXT also delivered several other hits from their catalogue, including ‘Frost’, ‘Anti-Romantic’, ‘Magic’, ‘LO$ER=LOVER’ as well as ‘0X1=Lovesong (I Know I Love You)’.

During the set, the group also invited singer-rapper iann dior on stage for a joint performance of their recent collaborative single ‘Valley Of Lies’, marking the second time both acts have performed the song together live after dior made an appearance at TXT’s second Los Angeles show on July 24.

With their appearance at Lollapalooza, Tomorrow X Together made history by becoming the first K-pop group to perform at the famed Chicago festival. Their labelmate J-Hope of BTS also made history with his headline set at the same festival the night after (July 31), where he became the first South Korean artist to headline a major music festival in the US. J-Hope’s set, dubbed ‘Hobipalooza’ by fans, has also been released in full.

TXT’s performance at Lollapalooza was the final stop of their US tour itinerary, wrapping up the North American leg of their first world tour, ‘Act: Love Sick’. The tour called at a total of seven cities – Chicago, New York, Atlanta, Dallas, Houston, San Francisco and Los Angeles.

TXT’s tour was in support of ‘minisode 2: Thursday’s Child’, which arrived in May. In a five-star review, NME‘s Rhian Daly said the record “fully justifies [their] hype, continuing to position Tomorrow X Together as voices for their generation (and beyond) with songs that are both sublime in quality and evocative reflections of life’s ups and downs”.