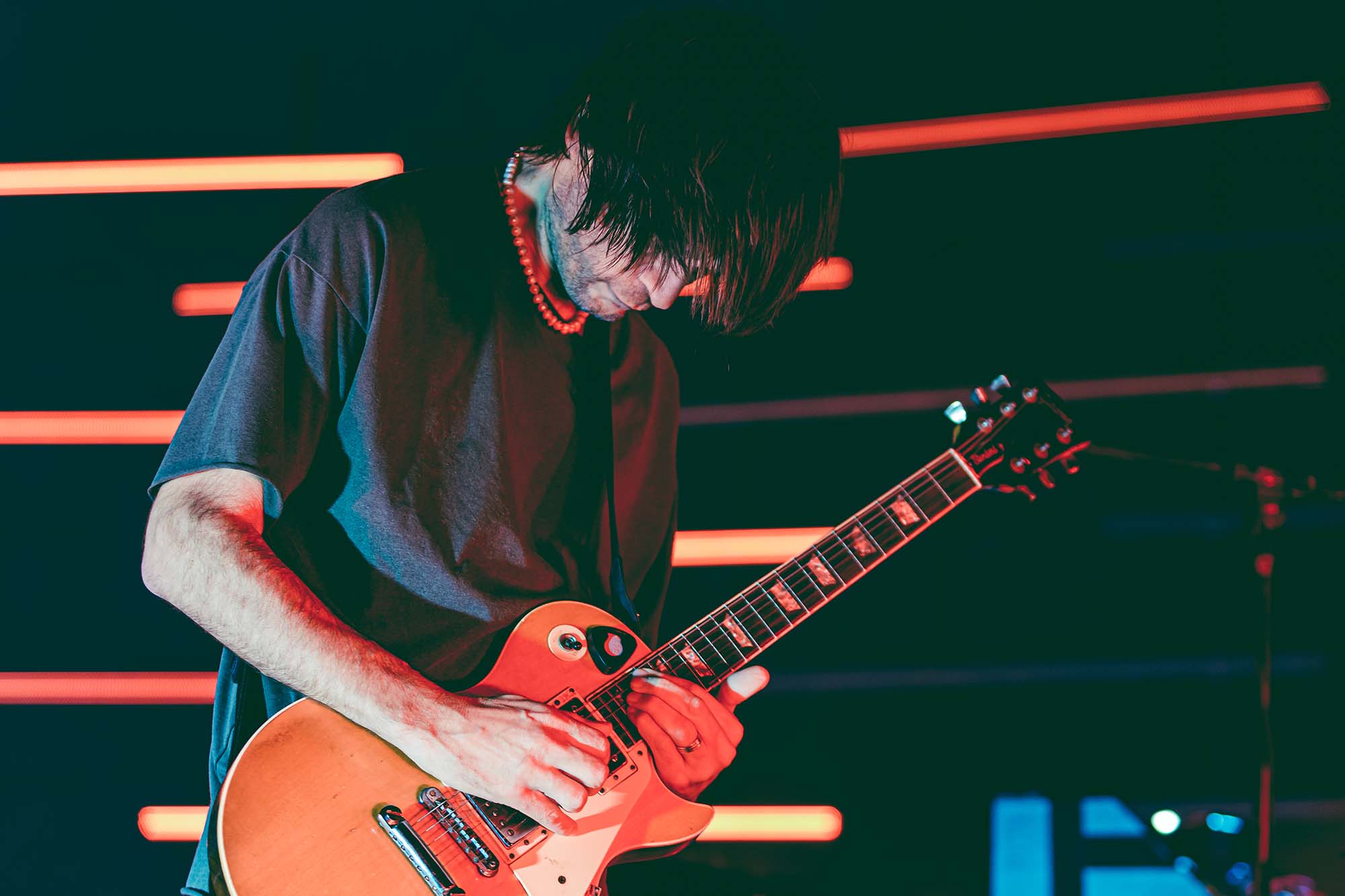 The Smile appeared on The Tonight Show With Jimmy Fallon on Friday night (November 18) to perform ‘You Will Never Work In Television Again’ – check it out below.

The Smile – made up of Radiohead‘s Thom Yorke and Jonny Greenwood and Sons Of Kemet drummer Tom Skinner – released their ‘A Light For Attracting Attention‘ album back in May, with ‘You Will Never Work In Television Again’ acting as the lead single.

Taking a break from their debut tour of North America, the supergroup took to Fallon to perform the brooding track.

You can watch their performance below:

In a four-star review of ‘A Light For Attracting Attention’, NME wrote: “In cutting some new shapes, this supergroup have been set loose to make some of the most arresting and satisfying music of their careers. Christ, it sounds like they’re having fun – or, at least, as much fun as can be had in trading in this kind of jazzed-up misery. Still, after just a few listens that seemingly ironic band name makes a lot more sense.”

Although their debut album has only been out for six months, The Smile have already begun debuting new songs live. They played a new song called ‘Bending Hectic’ at Montreux Jazz Festival in July, whose lyrics Thom Yorke said had been written ‘about half an hour’ before they were due to play. They also debuted three other songs throughout the summer while on tour in Europe – ‘Bodies Laughing’, ‘Friend Of A Friend’ and ‘Colours Fly’.

The band are currently in the middle of their debut tour of North America. In a four-star review NME described their show in New York City as “an expansive and dazzling set.”

“For a project born in isolation, the trio’s live performance feels like a triumph, especially as artists’ touring futures were so recently bleak, and momentarily non-existent.”

Tom Skinner, meanwhile, has just released a new solo album, ‘Voices of Bishara’. It is the first album he has made under his own name, having previously released solo music under the name Hello Skinny.