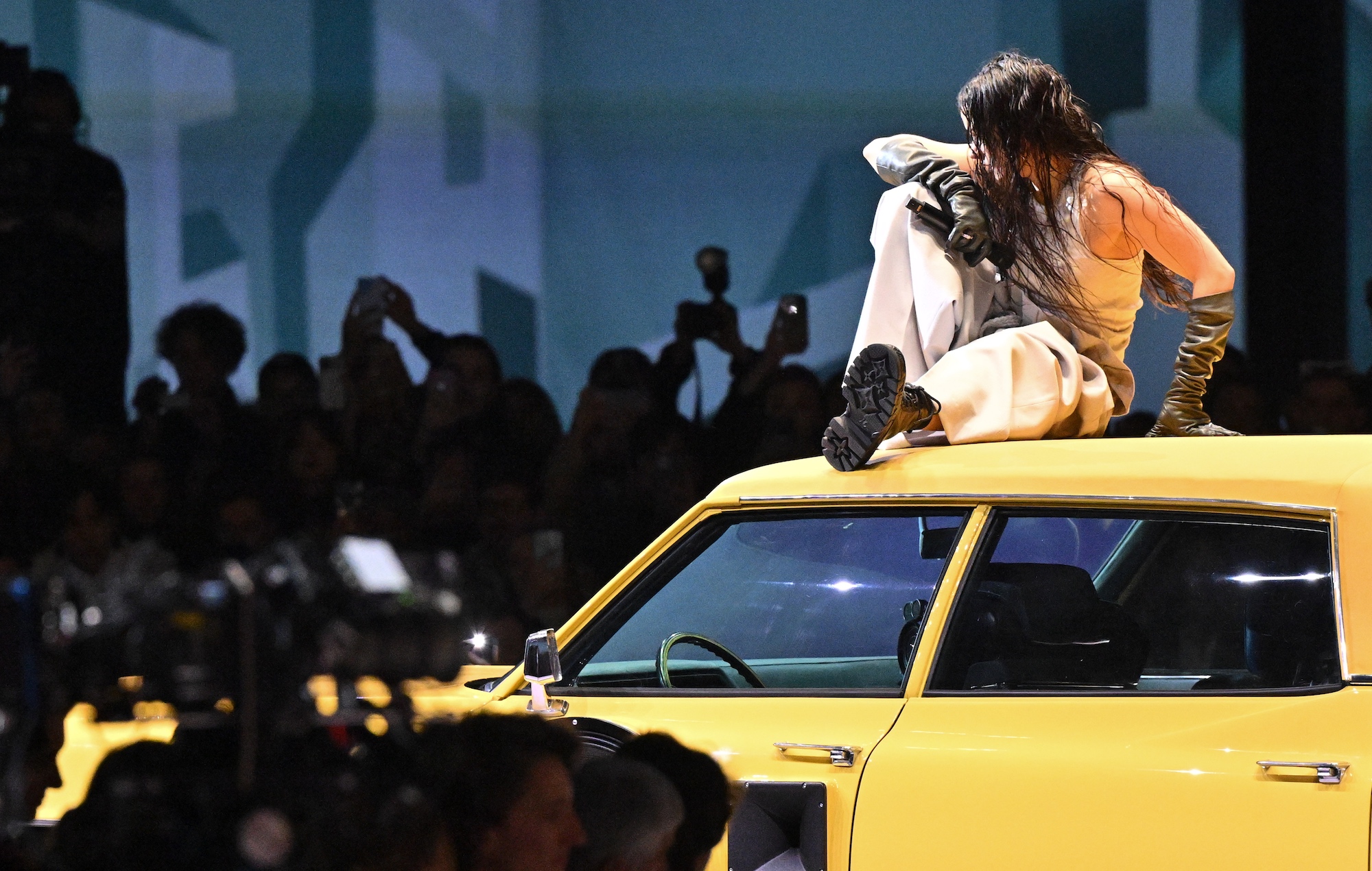 Rosalía recently delivered a live performance for Louis Vuitton Men’s Fall-Winter 2023 Fashion Show at the Louvre as part of Paris Fashion Week, drawing on all three of her studio albums.

Tearing across a vibrant stage design that included her performing atop a yellow lowrider towards the end, the Spanish star performed ‘Candy’, ‘Saoko’, ‘CUUUUuuuuuute’ and ‘Despechá’ from latest album ‘Motomami’. She also performed ‘El Mal Querer’ cut ‘DE AQUÍ NO SALES’ plus ‘De Plata’ from her 2017 debut ‘Los Ángeles’.

In between her own songs, she also curated a playlist of other artists’ tracks, including songs by late Spanish singer Camarón de la Isla, DJ Gabriel do Borel, Lebanese artist Ahmad H Music and Dominican rapper Angel Dior. Watch the performance in full below:

‘MOTOMAMI’ arrived in March 2022. NME praised the album in a five-star review upon its release, calling it “an electrifying serve from a left-field mastermind” that contained “some of the most thrilling, forward-thinking and discombobulating music we’re likely to hear all year”.

“Rosalía isn’t so much carving out her own lane as building her own ultra-modern, super-bendy sonic motorway,” it concluded. “It’s one you’ll want to hurtle down again and again.” NME later declared the album the ninth-best of 2022.

In September, Rosalía released a deluxe edition of ‘Motomami’ with July single ‘Despechá’, four previously-unreleased tracks, a remix of album track ‘Candy’ and a live version of ‘La Fama’. In November, Rosalía performed at the Latin Grammys, and last month she teamed up with Cardi B for a new remix of ‘Despechá’. Last week, she shared a snippet of a new song titled ‘Lie Like You Love Me’, which is set to arrive on January 27.