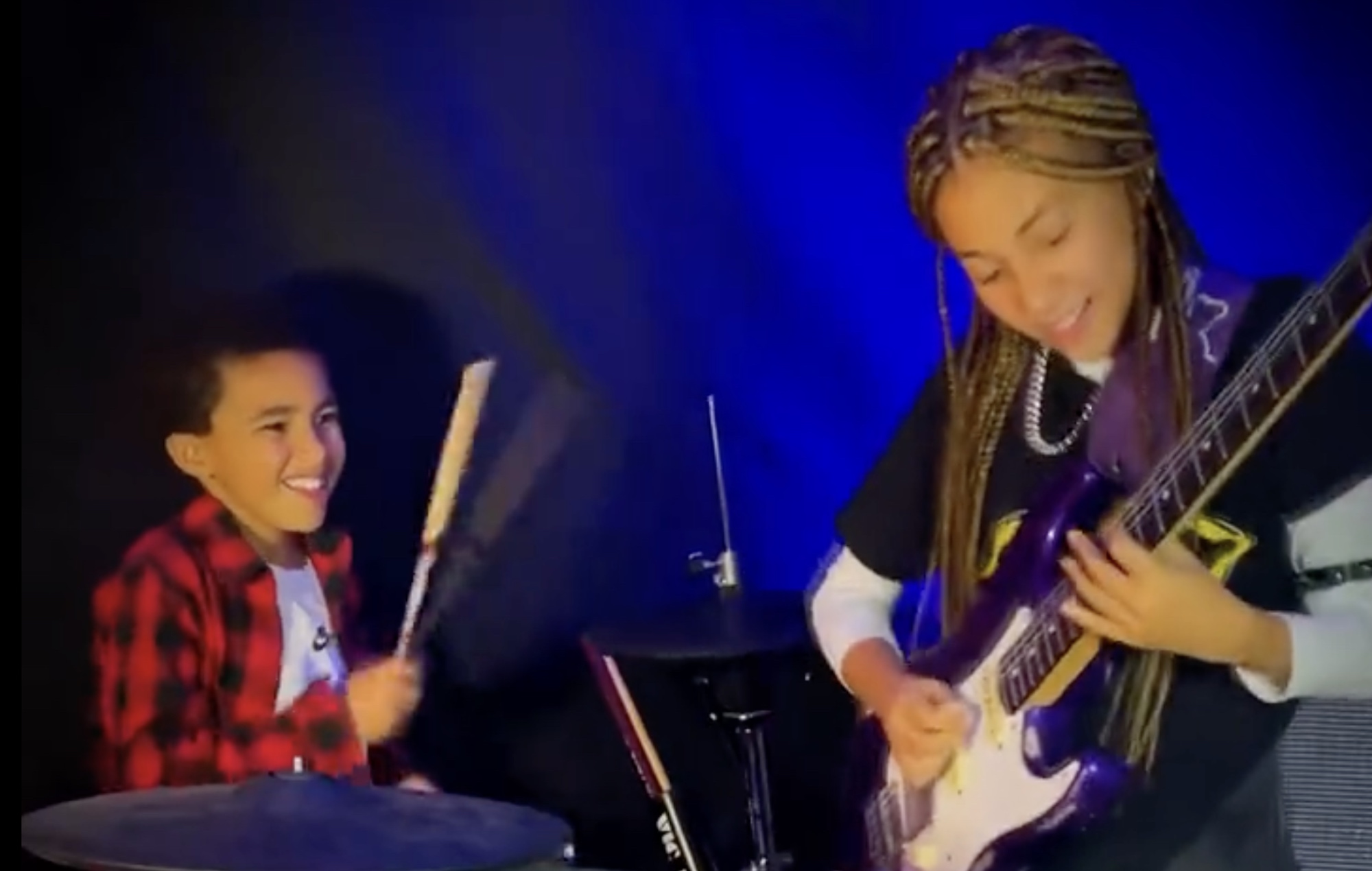 Nandi Bushell has shared a video of the young musical prodigy jamming with her younger brother to Rage Against The Machine‘s 1992 classic ‘Killing In The Name’.

Bushell posted the cover on Sunday (November 20) to Twitter and Instagram. In it, the 12-year-old wunderkind shreds on guitar while younger brother Thomas plays drums. “A family that Rages together, stays together!” Bushell wrote on social media when sharing their rendition.

She went on to say that she had been teaching Thomas about “all the greatest rock and metal bands”, and that Rage Against the Machine were at the top of the list. Tagging RATM’s Tom Morello and Brad Wilk, she added: “You guys are awesome! Thomas is really getting good!” Watch below:

Bushell has been vocal about her love for Rage Against The Machine, going viral with covers of both ‘Killing In The Name’ and ‘Guerrilla Radio’ in recent years. In 2020, Morello surprised Bushell by gifting her one of his signature guitars. “To see someone rocking so great who is so young, it really gives me hope for the future,” Morello said during a video message to Bushell at the time.

Last year, Bushell and Morello’s son Roman united to write and record ‘The Children Will Rise Up!’, a song dedicated to enacting change amid the climate emergency. Earlier this year, Bushell, Tom Morello, Julien Baker and more teamed up with Afghan non-profit organisation The Miraculous Love Kids on the song ‘God Help Us All’.

Some of Bushell’s covers this year have included renditions of Ed Sheeran and Bring Me The Horizon‘s ‘Bad Habits’, Jimi Hendrix‘s ‘Little Wing’ and John Coltrane‘s ‘Mr P.C.’ She also joined Foo Fighters onstage at the Taylor Hawkins tribute concert in London earlier this year, accompanying them to play ‘Learn To Fly’.

More recently, Bushell shared an original single titled ‘The Shadows’ in late September. It was penned for her father while he was battling health issues earlier this year. Earlier this month, Bushell shared her first cover in nearly six months with her take on Eminem‘s ‘Rap God’.