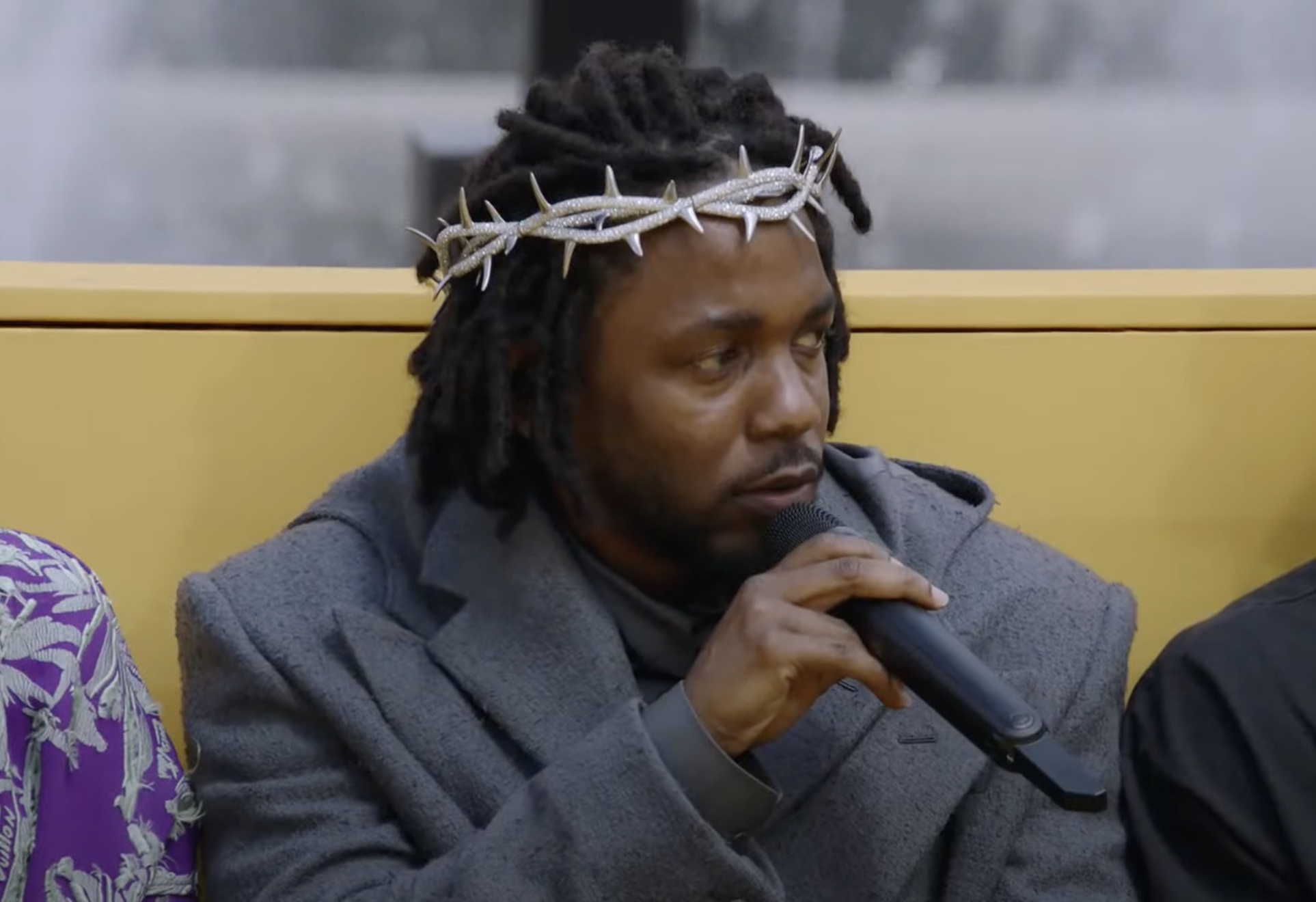 The self-proclaimed musical messiah (as alluded to many times in the album) is seen sporting a crown of thorns, similar to one he wears on the cover of the album, during the performance, which Lamar delivered from the front row as the models walked by.

The unique performance also paid tribute to Virgil Abloh, the late artistic director of Louis Vuitton’s menswear who is mentioned various times during this performance; the show, which began with a musical refrain that is heard a few times throughout the album, started with an almost-muffled Lamar repeating “create…Virgil…how many miles though?” a few times before launching into Mr. Morale‘s “Savior.” (A month after the release of the Mr. Morale album, Spotify released a mini-documentary of Lamar’s trip to Ghana where he spoke fondly of the late designer.)

Other songs performed during the show include “Rich Spirit,” “Count Me Out,” and “N95.” The fashion show also included performances by a marching band and steppers.

An artist known for his musical creativity and intense criticism of society, Lamar’s latest release saw the artist putting himself and his mental health first while expressing a vulnerability that is unlike anything heard in his previous studio albums.

Fans will get to witness Lamar performing tracks from his new LP starting next month when he embarks on his worldwide The Big Steppers Tour.