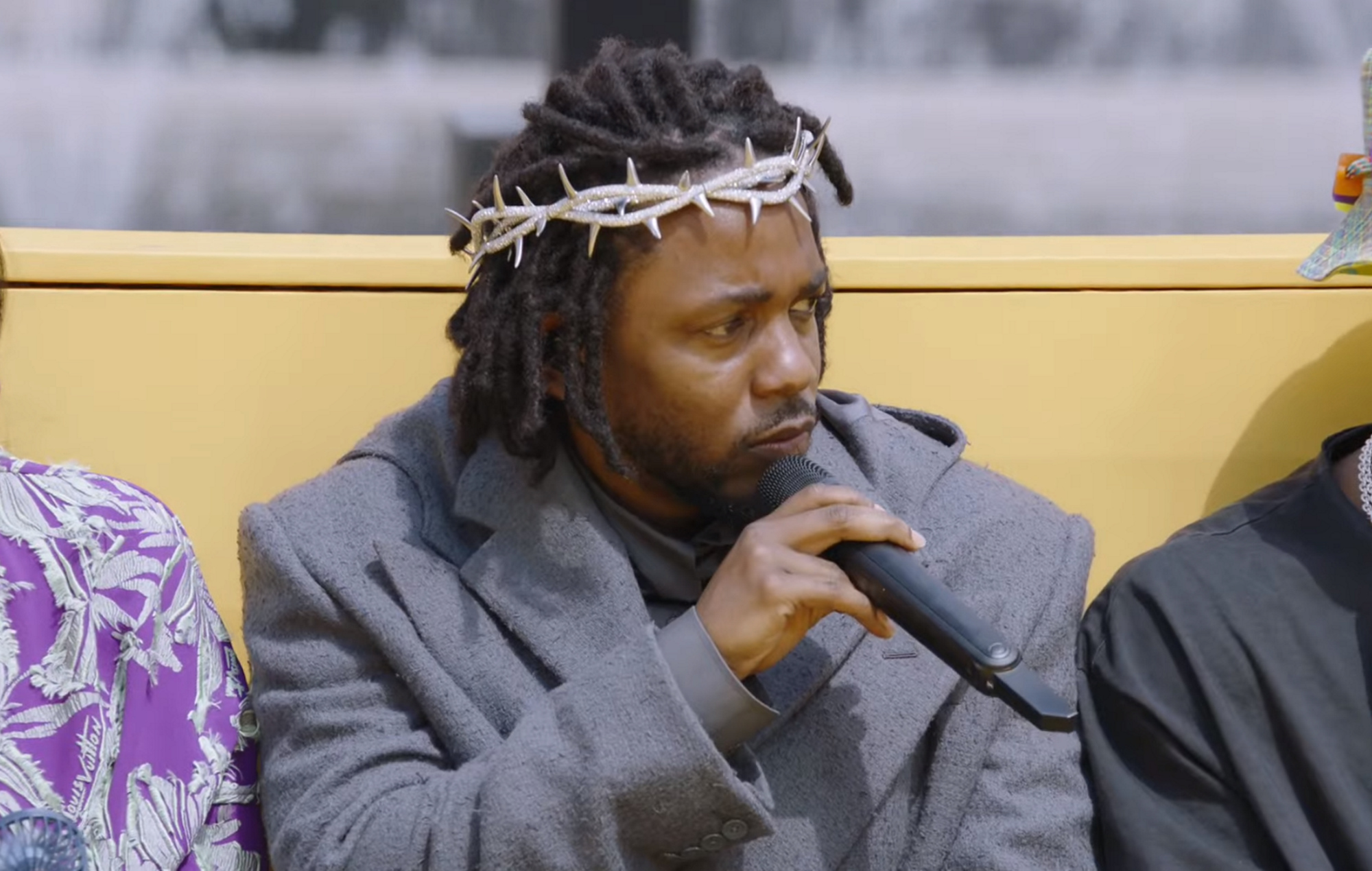 Kendrick Lamar has appeared at fashion designer Louis Vuitton’s latest showcase, performing a suite of songs from his latest album ‘Mr. Morale And The Big Steppers’.

The performance, which was live-streamed yesterday (June 23), was part of Vuitton’s ‘Men’s Spring-Summer 2023 Show’. The show took place in Paris, as part of the city’s annual Fashion Week.

Lamar performed four songs from the album, three of which were for the first time: ‘Saviour’, ‘Rich Spirit’, ‘Count Me Out’ and ‘N95’. He remained seated for the entire performance, sat amongst spectators on the runway while wearing a crown of thorns and a Louis Vuitton-designed suit.

Lamar also paid tribute to the late Virgil Abloh, who was Vuitton’s creative director that passed away earlier this year, by chanting “long live Virgil” over the beat of ‘N95’. Watch a replay of the livestream below, with Lamar beginning his performance around 12:55.

Lamar has spent the week in France, performing in Cannes on Monday night (June 20) as part of a Spotify event. He then moved on to Italy, where he performed at the Milano Summer Festival on Thursday night. This weekend will see Lamar headline Glastonbury Festival, alongside Billie Eilish and Paul McCartney.

‘Mr. Morale And The Big Steppers’ was released in May 2022. In a five-star review, NME described the album as “a cathartic, soul-baring autobiography”.

“This album is as much about struggle as it is freedom, and what a beautiful sentiment that is,” it read.

The album received universal praise upon its release – including from the likes of Eminem, Lorde, Pharrell Williams and Tyler, The Creator.