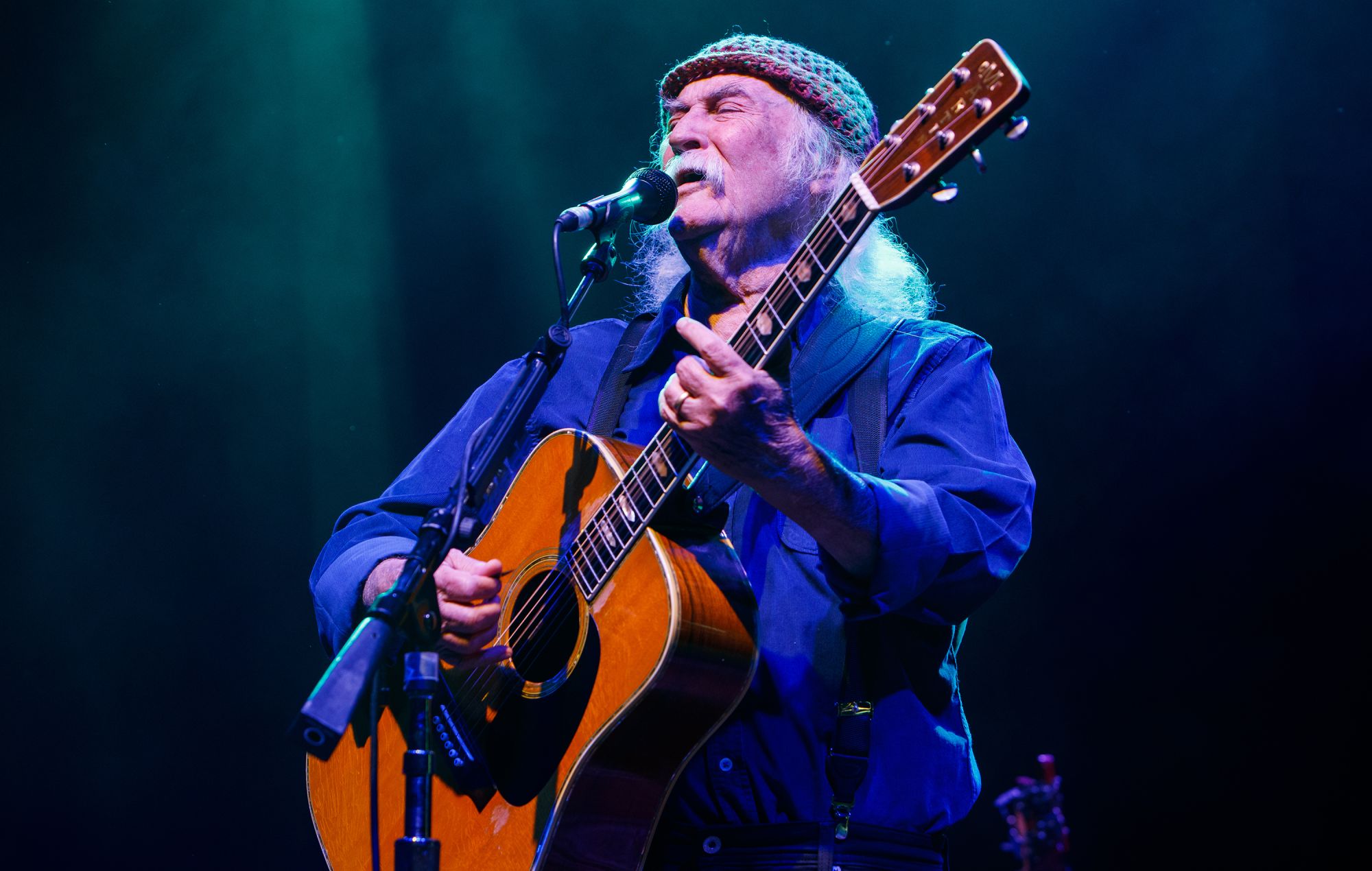 Following the death of David Crosby, fans have been sharing footage of his last live performance.

It was confirmed yesterday (January 20) that David Crosby had passed away after a long illness, aged 81.

“He was lovingly surrounded by his wife and soulmate Jan and son Django. Although he is no longer here with us, his humanity and kind soul will continue to guide and inspire us. His legacy will continue to live on through his legendary music,” said a statement confirming the news.

Fans have taken to social media to pay tribute to the co-founding member of The Byrds and Crosby, Stills & Nash and shared footage of his last live public performance.

In 2019 Crosby joined Michelle Willis, a solo artist who regularly performed alongside Crosby, at a recording of her live EP ‘Just One Voice’. The gig took place at 918 Bathurst in Ontario, Canada on October 5 and during the set, the pair performed Crosby’s ‘Janet’ and ‘Glory’ (from 2018’s ‘Here Is You Listen) as well as Willis original ‘Trigger’ alongside a cover of Joni Mitchell classic ‘Woodstock’.

Their performance of ‘Trigger’ was released last year alongside a pro-shot video. Check it out below.

“David Crosby flew in to Toronto and performed as a guest at the live concert with my OG bandmates in a renovated buddhist temple. Yeah, it was special. I hope you enjoy this delicious version of Trigger, featuring my great friend David Crosby,” Willis wrote alongside the video.

In 2018, Crosby called Willis “startlingly talented. She’s probably one of the best singers I’ve ever heard in my life. I live in the same world with Joni [Mitchell] and Aretha [Franklin] and she’s in that league. She’s that good.”

Prior to that performance, Crosby’s last show was at Red Rocks Amphitheatre in Colorado on September 17, 2019 where he performed a nine-song set opening for Jason Isabelle And The 400 Unit before joining the band onstage. Check out footage below:

In 2021, Crosby told NME that he didn’t envision himself returning to the stage any time soon. “I think I’m done playing live,” he said. “Crosby, Stills & Nash and The Byrds are done; they are history. I’m so proud of all that music. I think it’s wonderful music and I want people to enjoy it, but it is history. We’ve done good work but don’t expect to see it again.” Last year, Crosby said he was “too old to tour” anymore.

Paying tribute to Crosby, former bandmate Graham Nash wrote: “David was fearless in life and in music. He leaves behind a tremendous void as far as sheer personality and talent in this world. He spoke his mind, his heart, and his passion through his beautiful music and leaves an incredible legacy. These are the things that matter most. My heart is truly with his wife, Jan, his son, Django, and all of the people he has touched in this world.”