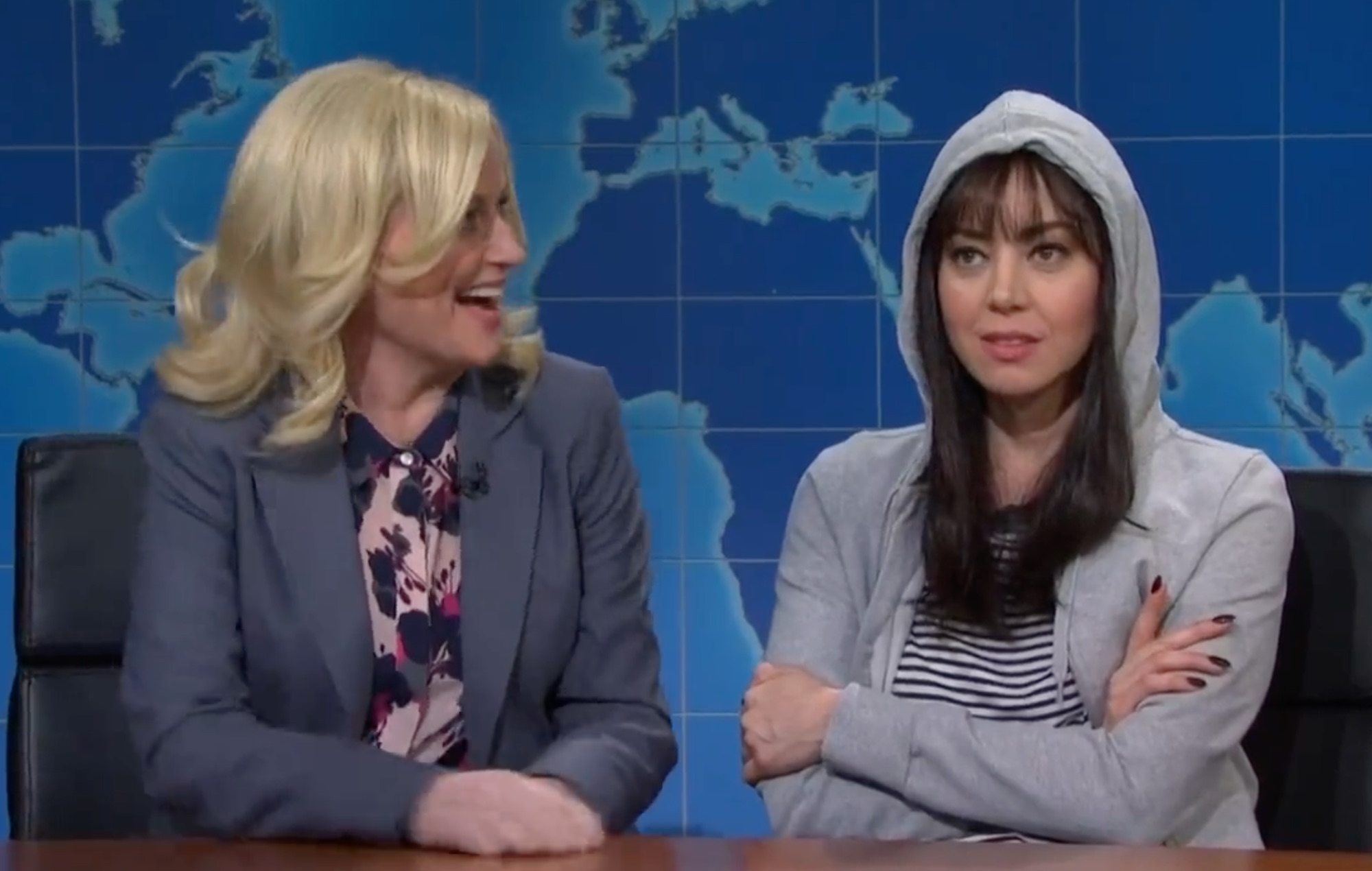 Aubrey Plaza and Amy Poehler reprised their beloved Parks And Recreation roles for a skit on last night’s (January 21) SNL.

Plaza was the host of Saturday Night Live yesterday, and in a skit during the show, she took on the character of April, and welcomed her old colleague Leslie to the show.

“When you work for the local government, doing the bare minimum is doing your part,” Plaza said as Ludgate, bringing back her nonplussed demeanour.

Asked what she would do if she actually wanted to work hard, April replied: “I don’t know, just ask my old boss, Leslie Knope.”

“Who knew there were cameras in SNL?!” Knope then responded, going on to reference Poehler’s own time on the show, working on the Weekend Update with Seth Meyers.

“”I used to watch Weekend Update when Seth Meyers did it with no one else…” she joked.

See the sketch below.

“I used to watch Weekend Update when Seth Meyers did it with no one else…” —Amy Poehler, who used to host Update with Seth pic.twitter.com/q6mMcINVvT

Last year, Poehler expressed interest in reprising her role of Leslie Knope in a potential reboot of Parks And Recreation.

Asked about the possibility of returning to the character at the season two premiere of Netflix’s Russian Doll, the actor said she’s “always standing by” for a revival of the sitcom. “Anytime anybody gives me the word, and I’m down,” Poehler told People.

The cast reunited in 2019 to mark the show’s tenth anniversary at PaleyFest, where they discussed a potential revival of the series.

Speaking at the event, co-creator Michael Schur said: “I think that in the world we live in now, nothing is ever gone. I felt the show had an argument to make, and the argument was about teamwork and friendship. I don’t feel like we left anything on the table.

“I would never ever say never. The chance to do it again, should it arise, would be incredible, but we would only do it if we all felt like there was something compelling us to do it. If one single person said no, we wouldn’t do it.”

Since then, the cast also reunited over video chat in May 2020 to raise money for charity Feeding America.