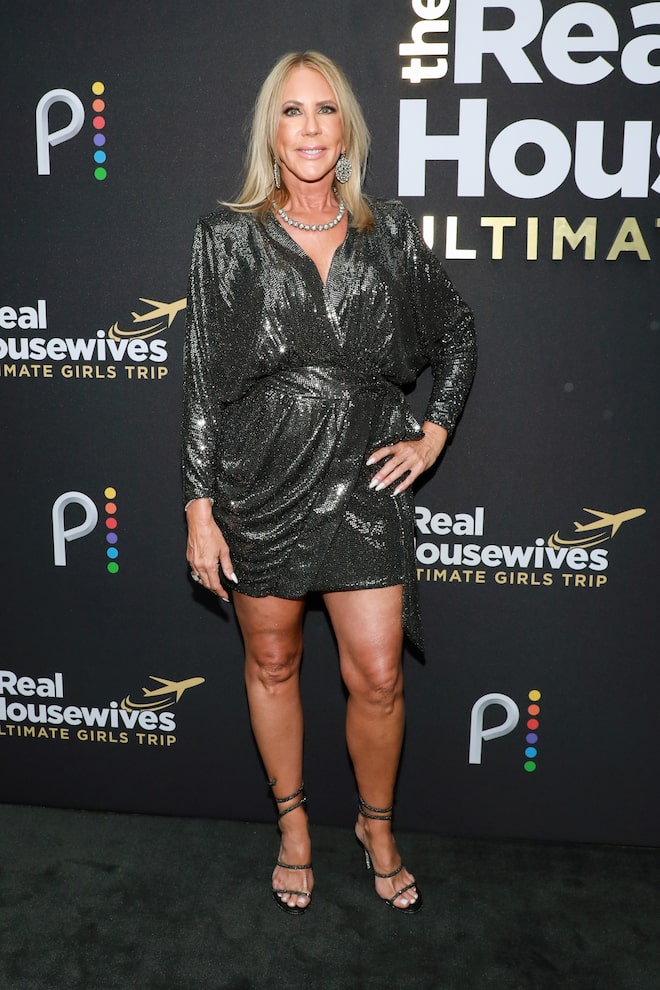 “Extra” caught up with the OG of the OC, Vicki Gunvalson, on the red carpet for Season 2 of “The Real Housewives Ultimate Girls Trip”!

Vicki opened up about introducing her new BF Michael to her family.

She revealed he was with her at the event, dishing, “He’s here somewhere, he’s scared.” She went on, “Kelly Dodd introduced us so it’s been an incredible relationship so far… he is so private and so classy and wants nothing to do with social media and Instagram not like my ex like he’s all about, you know all that stuff… he’s just a good person like a good guy.” Sharing about their visit with family, “So my daughter and him got along great the grandkids called him the big guy because he’s big… so it was fun, brought him to Illinois for the weekend and I was really proud of him he was really incredible.”

Gunvalson also talked major drama with “Real Housewives of New York’s” Dorinda Medley, saying they haven’t talked to her. “I mean, I’m going to take the high road, I’ll say hi to her but she just set the bar really low for herself and I want nothing to do with that… I was asked what do you think of her house. I said if it works for her it works for her, it’s great for her. It wouldn’t work for me it’s out in the middle of nowhere and it’s old, there wasn’t a lie it wasn’t bashing it, it is a beautiful home. I don’t know why she got so weird about it… it’s an antique historic old home why is that bad? She’s proud of it… so I don’t know what got up her a**.”

Vicki went on to explain where she and former “Real Housewives of Orange County” co-star Tamra Judge stand. “Everything’s good and we don’t see each other very much, but we’re good we only live a couple miles apart from each other but she’s busy, I’m busy and you know life is good.”

The star said she would love to return to the “RHOC,” I would love to I have so much to share and I’m in such a different place and I just think they want the youngest, I mean I’m 60. I can’t change my date of birth, you know, so it hurts my feelings because I don’t think that you should be out because of your age but it is what it is.”