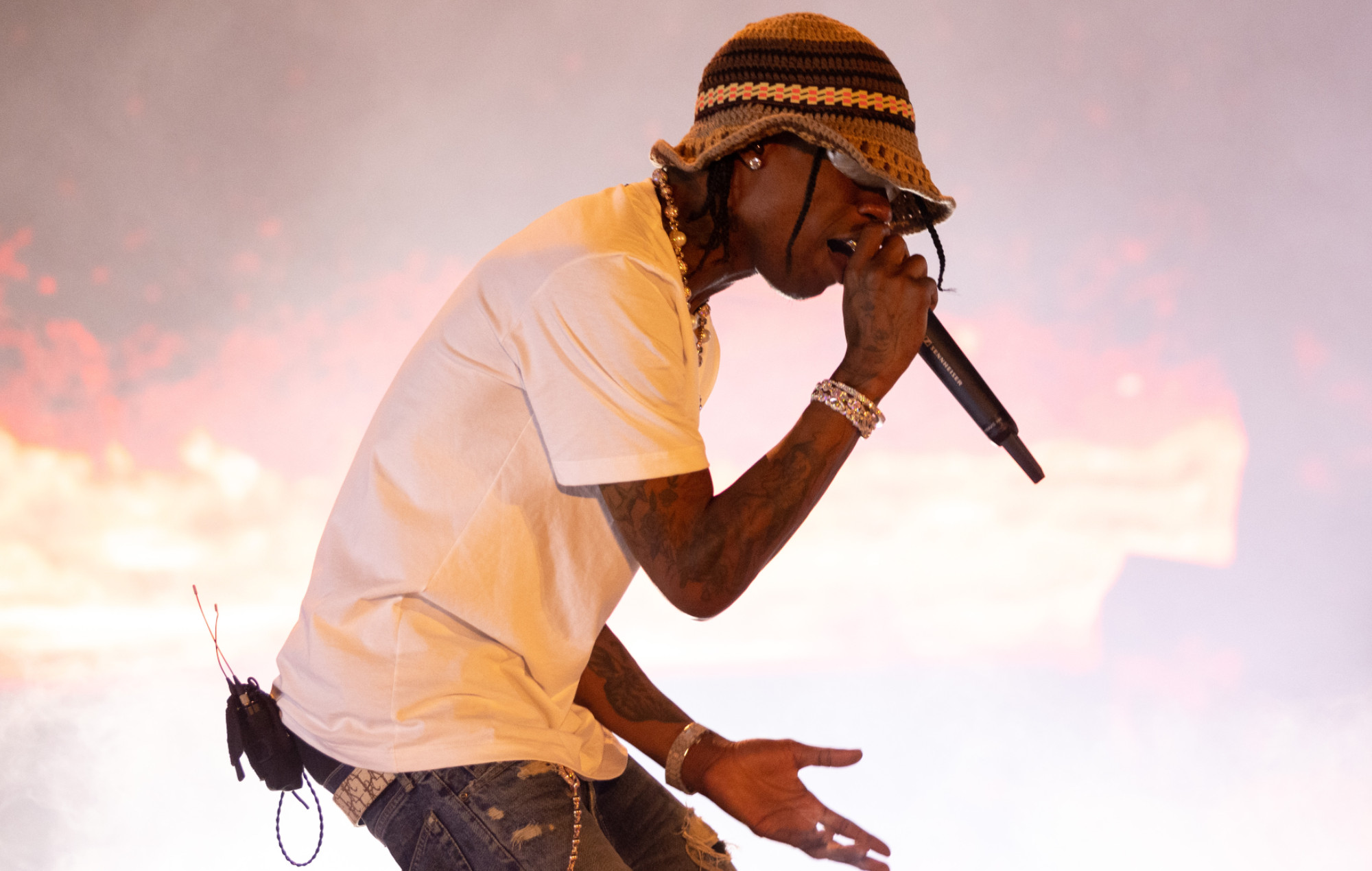 Travis Scott has previewed a number of unreleased collaborations featuring Kid Cudi, Future, Lil Uzi Vert and Pharrell during the first night of his ‘Road To Utopia’ experience at Zouk Las Vegas.

Scott’s seven-night ‘Road To Utopia’ residency at the Zouk nightclub in Las Vegas kicked off on Saturday, September 17. There, the rapper previewed a number of unreleased collaborations for his audience.

One of the tracks was a collaboration with Kid Cudi, ‘Out of My Mind’, which, (as noted by Complex) was first teased two years ago. Check out fan-shot footage of the teases below.

Coinciding with the in-house preview of his collaboration with Pharrell, Scott shared a black and white photo of the pair to his Instagram.

Scott began the tease of forthcoming fourth studio album, ‘Utopia’ early last year. In an interview with i-D Magazine, Scott said he was “trying to expand the sound”.

Following the Astroworld tragedy in November 2021, Scott removed any mention of ‘Utopia’ from his social media. Just six weeks later, Scott seemingly resumed promotion for the project, returning the phrase to his Instagram bio.