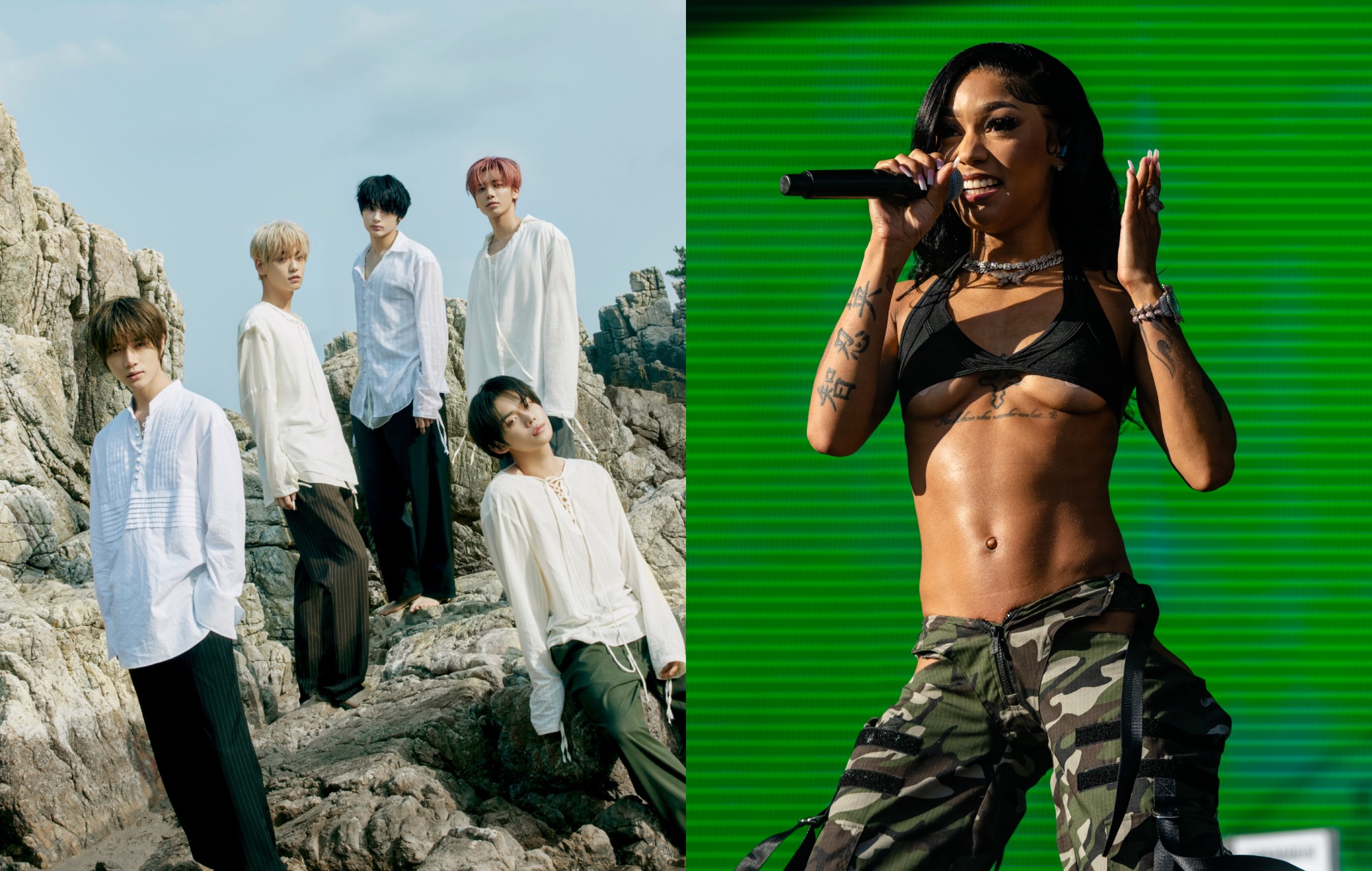 TXT (Tomorrow X Together) have released the tracklist for their upcoming mini-album, ‘The Name Chapter: Temptation’, revealing a guest spot by Coi Leray.

The boyband unveiled the tracklist for their forthcoming project on social media yesterday (January 12) that shows a collaboration with American rapper Coi Leray on B-side ‘Happy Fools’. The track also features production from all five members and Leray.

Apart from ‘Happy Fools’, members Taehyun and Yeonjun have production credits on several tracks from ‘The Name Chapter: Temptation’. Both members were credited as co-producers on ‘Tinnitus (Wanna Be a Rock)’, while Yeonjun is credited in ‘Farewell, Neverland’.

Slated for release on January 27, ‘The Name Chapter: Temptation’ marks the beginning of a new series by the boyband, following their previous ‘The Dream Chapter’ and ‘The Chaos Chapter’ releases. Their May 2022 mini-album ‘minisode 2: Thursday’s Child’ served as an interlude between the latter and their upcoming ‘The Name Chapter’.

Plans for TXT’s comeback were first revealed at HYBE’s annual briefing in early November 2022, where it was announced that the group would release a mini-album in January 2023. The project title, ‘The Name Chapter’, was later revealed at the end of TXT’s performance at the Melon Music Awards 2022.