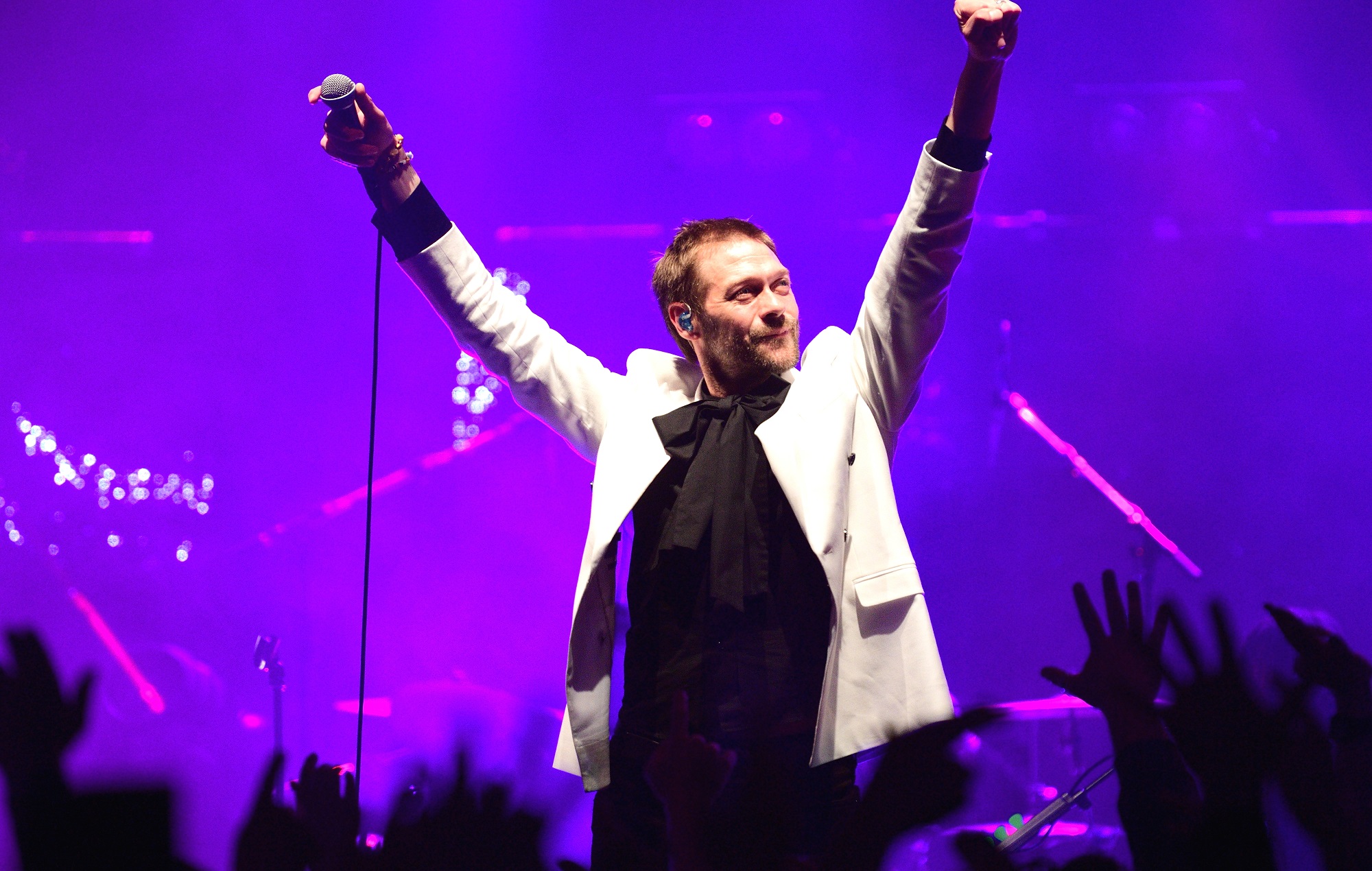 Tom Meighan has accused Kasabian of trying to silence him during his time in the band.

The former frontman was sacked in 2020 after it emerged that he had assaulted his partner, Vikki Ager. Meighan was sentenced to 200 hours of unpaid labour and has since married Ager.

Earlier this year, Serge Pizzorno, who has since taken over lead singer duties in the Leicester band, told NME the immediate aftermath of Meighan’s departure was “horrendous” and “completely heartbreaking on so many levels”, both for the band and for his own family. “After that,” he added, “it was like trying to pick up the pieces of your life, basically.”

“You’ve got to understand [that] within a band, it’s deep,” Pizzorno continued. “There’s more to this story, but it’s one of those things where that’s our business and we’ll keep it that way, you know? Those [earlier] years were beautiful and they always will be, but that was then and this is now.”

Now, in a new interview with YouTube series James Hargreaves Guitar, Meighan has accused the band of trying to silence him during his time in the band.

He said: “I felt like I was being watched. Serge was edging and edging to be the frontman for a long time. I was basically put in a cage and let out and then put back in again. Very, very egotistic leader. It is what it is.”

Meighan continued: “I’d actually written a contract a few years ago. They were basically signing me out of the band before, a few years ago. Nobody knows that. It’s all shh! They tried to gag me so I wouldn’t talk and give me a bit of money to shut my mouth so I could never talk about the band again. I just wanna clarify that. It was over some publishing money.”

He went on: “They were trying to dangle a carrot because I needed the money and I wouldn’t sign it. But if I did sign it, I’d get a settlement money and I’d never be able to talk about the band again. It was Sergio’s wish. I think he ended me because I was the frontman for years and I could see it did his head in. He’s a very ‘me, me‘ person and he wanted to be the frontman and now he’s got it.”

He also said that now he is no longer in the band, “they should change the name at least.”

He went on to say that he had “some amazing memories” when he was in the band.

Meighan added: “I will cherish them until the day I die. They are my brothers and they still are my brothers, but at the moment I’ve just got to say how it is and they’ve been fuckers and it is what it is.”

Since parting ways with Kasabian, Meighan has been releasing music and touring as a solo artist.

Kasabian released their acclaimed seventh album ‘The Alchemist’s Euphoria‘, without Meighan, back in August.