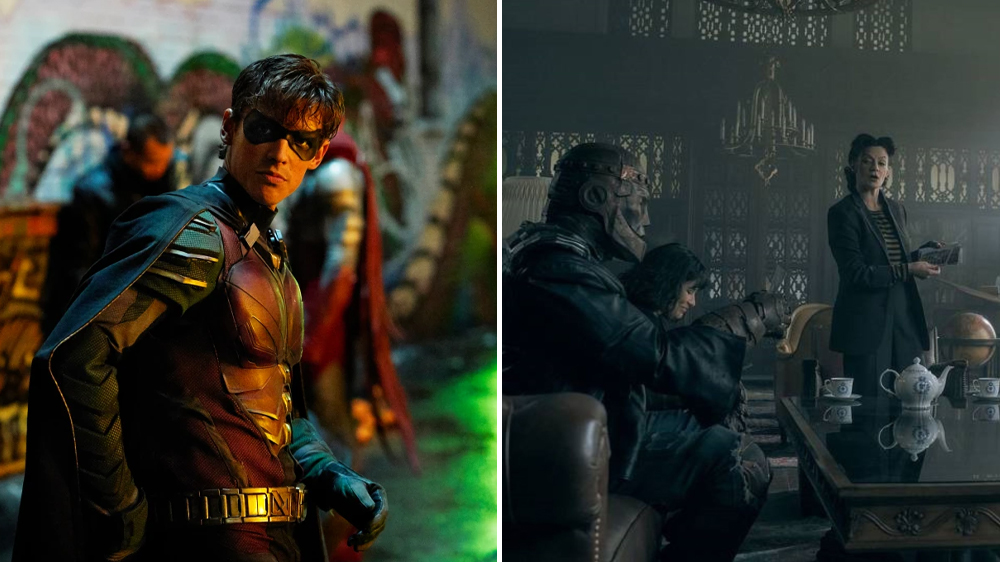 The HBO Max-DC live-action series “Titans” and “Doom Patrol” will both end with their current fourth seasons at the streaming service, Variety has learned.

According to an individual with knowledge of the situation, both productions were aware that these would be their final seasons some time ago and thus both will have definitive endings. That same individual stressed that these decisions were not part of the infamous cost-cutting decisions undertaken since the Warner Bros.-Discovery merger under David Zaslav that has seen a number of projects scrapped, including the nearly-completed “Batgirl” film.

The fourth seasons of both “Titans” and “Doom Patrol” consist of 12 episodes, split into two six-episode chunks.

“While these will be the final seasons of ‘Titans’ and ‘Doom Patrol,’ we are very proud of these series and excited for fans to see their climactic endings,” an HBO Max spokesperson said. “We are grateful to Berlanti Productions and Warner Bros. Television for making such thrilling, action-packed, heartfelt series. We thank ‘Titans’ showrunner Greg Walker, executive producers Greg Berlanti, Akiva Goldsman, Sarah Schechter, Geoff Johns, Richard Hatem, and the team at Weed Road Pictures. For ‘Doom Patrol,’ we celebrate showrunner Jeremy Carver and executive producers Greg Berlanti, Sarah Schechter, Geoff Johns, Chris Dingess and Tamara Becher-Wilkinson. For four seasons, fans have fallen in love with the ‘Titans’ and ‘Doom Patrol,’ investing in their trials and tribulations, and in their legendary battles saving the world time and time again.”

Both series originated on the now defunct streaming service DC Universe and moved to HBO Max for their third seasons along with the adult animated series “Harley Quinn,” which was renewed for a fourth season in August 2022.

“I’m immensely proud of our gifted cast, crew, and writing staff and their efforts in bringing to life all forty nine episodes over the last five plus years,” Walker said. “I couldn’t have asked for better partners in Berlanti Productions, Warner Bros. Television, and HBO Max, and from the beginning, Geoff Johns and Akiva Goldsman. I’m incredibly grateful for their unyielding trust throughout this process. Lastly, I have to thank our incredible fans for their continued support, engagement, and the passionate community they’ve built around our show. We have six episodes left to unleash upon the world that we hope will give our beloved characters the creative closure we all know they deserve.”

“To our wonderfully supportive partners at HBO Max, Warner Bros. Television, Berlanti Productions, and DC Studios, thank you for indulging us these past four seasons,” added Carver. “Also, what were you smoking? To our brilliant cast, indomitable crew, fearless writing staff and, most of all, to our beautiful fans: thank you all the more. You made this a once-in-a-lifetime ride.”

News of both shows ending also comes as James Gunn and Peter Safran are looking to put their own stamp on the DC Universe as the heads of the newly established DC Studios. However, one DC series is still in the works from prior to their tenure, with HBO Max having ordered a “Dead Boy Detectives” series in April 2022.