Swizz Beatz and Timbaland have settled their $28 million lawsuit with Triller on Thursday, a month after alleging that the short-form video service missed payments following its purchase of the musicians’ livestreaming show Verzuz.

“Verzuz has always been a platform that is by the artists, for the artists and with the people,” Swizz Beatz and Timbaland said in a statement. “We’re glad to come to an amicable agreement with Triller and continue giving fans the music and community that they’ve come to know and love from the brand.”

Speaking to Rolling Stone following the settlement, Swizz took on a slightly more emphatic tone. “Was I ready to go to war? Yes. Am I used to it? I’m from the South Bronx. But I had to take my emotions out of it,” he says. “There were too many creatives for me to lock this whole thing in the lawyers’ box.”

Will Verzuz be back? “Yeah, harder than we ever went,” he adds.

“VERZUZ and Triller will always be a safe place and outlet for creators and their art. Nothing will change that,” executive chairman and co-founder Bobby Sarnevesht says in a statement. “Creators started this and will continue building it. This is a victorious moment in the Triller and VERZUZ relationship as we march together toward the public markets. 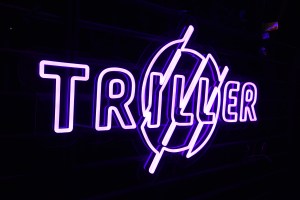 “At the end of the day just like any Thanksgiving or family gathering, there are disagreements, but like any good family we all forgive each other in the end and come back stronger than ever,” Sarnevesht adds. “The Triller Verzuz family is as strong as they have ever been. We are glad we put this disagreement behind us and couldn’t be more excited for the next chapter.”

Swizz and Timbaland, whose real names are Kaseem Daoud Dean and Timothy Mosley, started Verzuz at the beginning of the pandemic in 2020 as a casual show during lockdown, but it grew quickly, morphing into a bespoke media company featuring the likes of Jeezy, Gucci Mane, Ludacris, Nelly, Alicia Keys, John Legend and many more major artists, drawing in millions of views and skyrocketing artists’ streams. Triller bought Verzuz in 2021 for an undisclosed sum, though after Mosley and Dean filed their $28 million suit, Triller stated the company had already paid the two “over $50 million in cash and stock.”

According to the announcement, as part of the settlement, the two producers are getting an unspecified increased ownership stake.

As Sarnevesht’s statement alludes to, Triller is currently readying an IPO launch, which came after a previously planned SPAC merger with video and ad company SeaChange fell through. The IPO is expected sometime in the fourth financial quarter, The Wrap reported.

The settlement with Swizz and Timbaland is a reprieve for Triller, which is currently dealing with several other lawsuits, including one most recently from Sony Music Entertainment claiming that Triller owes the company millions in unpaid licensing fees for its music. Regarding the Sony suit, Triller said it was “surprised with this filing and believe it might be related to the Verzuz dispute. We are confident that these issues can be resolved quickly.”

Beyond the suit with Sony, an investigation from the Washington Post last month highlighted allegations from dozens of Black content creators that Triller previously made deals with them, claiming they hadn’t gotten paid either. In a statement to the Post, Triller CEO Mahi de Silva denied the allegations and said Triller “has met its financial commitments to the creators in this program and will continue to do so.”