Ticket To Paradise Reviews Are Online, And Critics Are All About The George Clooney And Julia Roberts Pairing 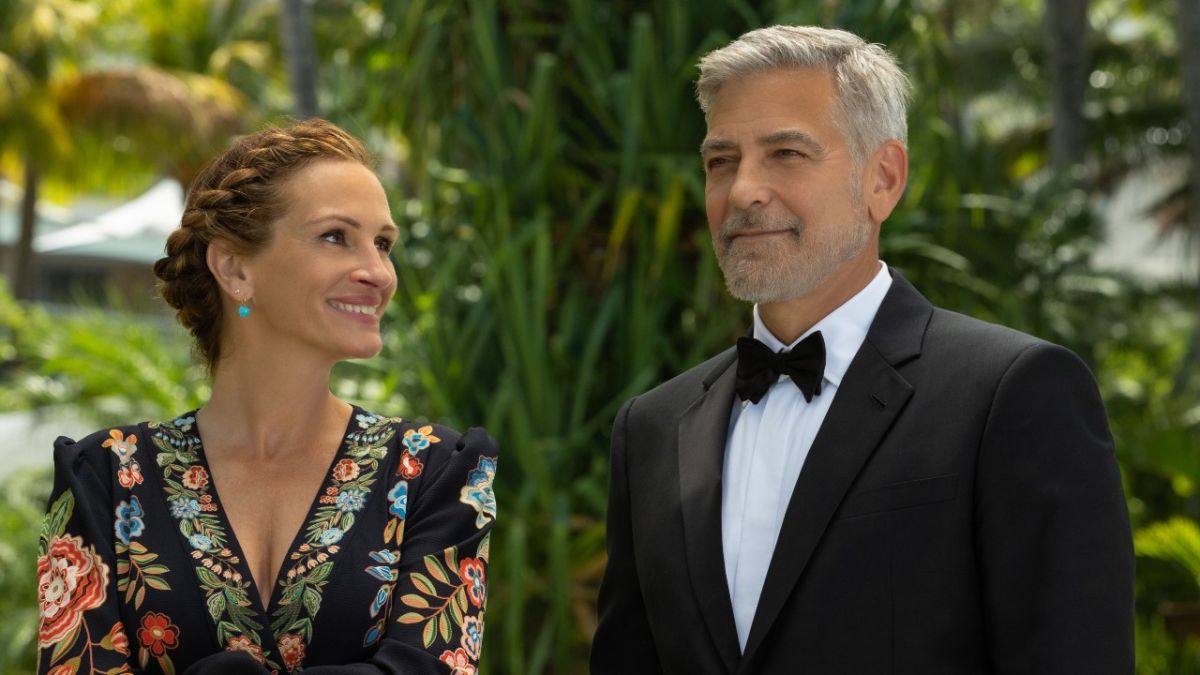 Reviews are pouring in for Ticket to Paradise, and hardcore fans of the romantic comedies likely know where all of the buzz is centered. We’ve seen a great number of brilliant pairings between A-list actors in the genre, but we somehow have gone this long without seeing George Clooney and Julia Roberts star in one together. Suffice it to say there are people invested in seeing how this one pans out, especially given Clooney doesn’t often appear in funny love stories.

The good news is that it seems like most every critic is all-in on George Clooney and Julia Roberts (who also doesn’t do a ton of rom-coms anymore) in Ticket to Paradise – even if they aren’t all-in on the movie as a whole. News.com.au’s Wenlei Ma indicates that while the movie itself might feel a tad generic, Clooney and Roberts absolutely rectify that with their performances:

George Clooney and Julia Roberts often get praise when they share a screen together (the Ocean’s franchise is a great example), so it should be little surprise that Ticket To Paradise reviews about the film laud their performance. Indie Wire’s Ella Kemp is another who feels Roberts and Clooney shoulder the film well, and that’s thanks in part to the instincts of director Ol Parker:

For all the praise given to Ol Parker and Ticket to Paradise for doing right by its main stars, the movie gets its lumps for ignoring some of the other talent involved. The Hollywood Reporter’s Leslie Felperin noted that many of the characters become an afterthought in the story thanks to the powerful A-listers leading it, including the super talented Kaitlyn Dever:

Additionally, those going into Ticket to Paradise with the hope that this movie re-invents the wheel of the romantic comedy genre will likely be disappointed. Sarah Ward of Concrete Playground notes that George Clooney and Julia Roberts are certainly worth the price of admission, but there isn’t much beyond that brings something new to the genre or will excite an audience:

To be fair, one could say what’s being said about Ticket to Paradise is what is about a lot of movies in the gemre. There are certainly a number that stand the test of time and stand out as real game-changing moments, but a good number of them are just fine and mainly an excuse to see lead actors paired. Audiences don’t typically put on a romantic comedy expecting some huge twist ending with cliffhangers and the like, so I think it’s fair to say an experienced veteran of the genre will know what they’re getting into watching this. Andrew Pierce of The Curb put it quite eloquently in his review, which noted that while it may not rank among the best romantic comedies, there’s nothing wrong with re-treading familiar territory:

Ticket to Paradise is about two divorced parents, David and Georgia, who travel to Bali to meet with their daughter after she reveals she’s marrying a man she’s only known for a short time (you’ll gather that much from the trailer). In an attempt to prevent what they feel is a big mistake, they collaborate in an attempt to sabotage the romance, and prevent their daughter from jumping into a marriage they feel shouldn’t happen.

Ticket To Paradise won’t arrive stateside until October 21, but those in Australia can already watch it and anyone in the U.K. will be able to enjoy it beginning September 20.  Keep tabs on its arrival, along with many others using our upcoming movies guide.