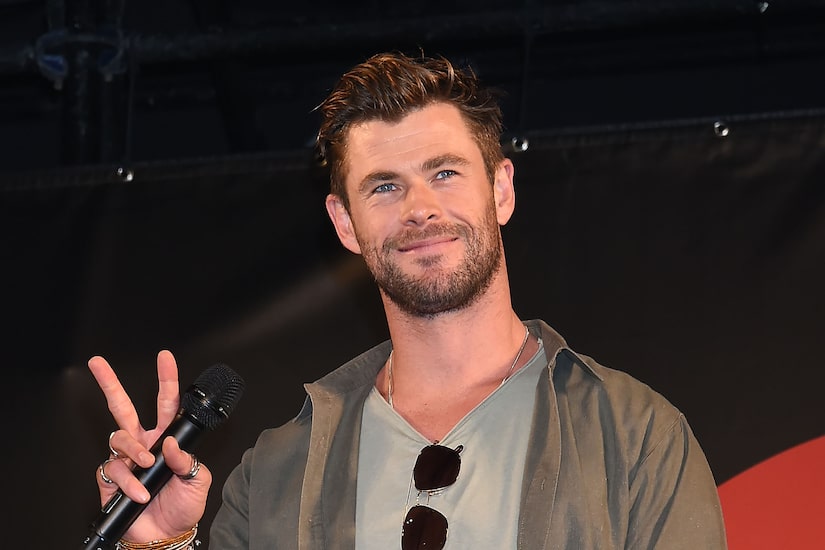 Chris Hemsworth is ripped and ready for “Thor: Love and Thunder,” the fourth film from the $2-billion “Thor” franchise.

“Extra’s” Jenn Lahmers spoke to Hemsworth about what he likes do in his downtime when he’s not out there saving the world as Thor.

Chris shared, “A lot of surfing. I have three kids and try to switch the phone off and do as little as possible workwise and do a lot with them and just stay outdoors and healthy and happy.”

As for how his kids feel about Thor, Hemsworth said, “They love it. One of my boys, more so than the other one, loves the world of superheroes and my daughter is kind of in the middle there.”

Chris also revealed their favorite superhero, saying, “Wonder Woman had the number one spot for a while. She may still.”

He elaborated, “One of my boys dressed up as Wonder Woman one year. I took all three of them to see it whenever that was… and they loved it.”

In “Thor: Love and Thunder,” Thor starts off with more of a dad bod than a God bod! He pointed out, “We left ‘End Game’ and he was not in the best physical and not in the best mental, emotional state.”

Hemsworth hinted that a “transformation” would happen in the movie.

Chris worked with director Taika Waititi, who brought in some comedy to the film. He dished, “[Taika] has his own sort of fingerprints and his own style unique to anyone else… There’s a great, wacky, wild sense of humor and a unique way of looking at things.”

Hemsworth described the movie as a romantic comedy “with some cinematic Marvel action.”

When asked if there is more love or thunder in the movie, Chris noted there is “equal parts.”

Hemsworth is attached to his character, who he has played for 10 years. He commented, “It’s like a second skin. It’s a close relative.”