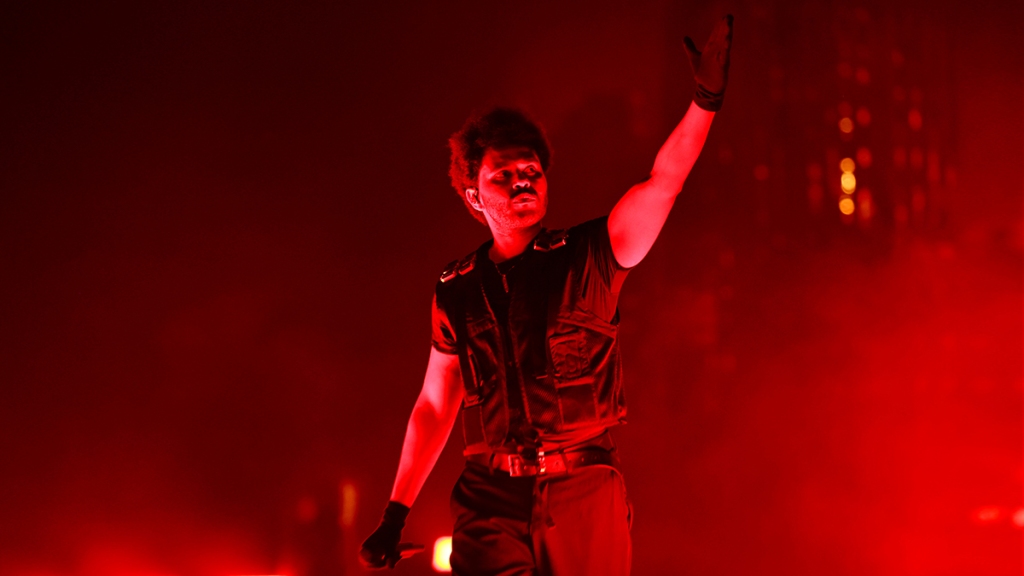 Look what he’s done, indeed. The Weeknd finally brought his stadium tour home to Toronto on Thursday night for the first of two dates at the 45,000-capacity Rogers Centre — more than two months after a bizarre country-wide wireless outage caused the postponement of the show’s originally scheduled date, leaving the artist “crushed and heartbroken.”

The magnitude of the belated moment was not lost on the man also known as Abel Tesfaye, who paused several times to soak it in with a megawatt smile, blowing kisses to the crowd.

“Toronto, look what you’ve fuckin’ done,” he said from his sprawling stage set, which includes a miniature version of Toronto’s CN Tower, as the real one loomed above the stadium just blocks away.

“My first show in Toronto — my first show ever — was Mod Club in 2011 … and now we’re doing the SkyDome, [two shows] back to back,” he continued, referring to the stadium’s original name. “We’re going to go all night. They’re going to have to pull me off the stage tonight.”

While that didn’t happen — and there were no surprise appearances from, say, ubiquitous local hero Drake, who posted a video of himself, shortly before the originally scheduled Toronto date in July, remembering seeing the Weeknd for the first time at that Mod Club show — with 29 songs over 105 minutes and two stages, few could have been disappointed.

The setlist was the same as previous dates on this tour, centered heavily on his two most recent albums, 2022’s Dawn FM and 2020’s After Hours — plus “oldies” like “Often,” “Can’t Feel My Face,” “The Hills,” “Kiss Land” and “Starboy.” And Drake got a nod after all, when the Weeknd covered “Crew Love.”

While the Weeknd’s ambitious first stadium tour has drawn huge crowds, great reviews and mostly has run smoothly, there have been problems at the beginning and the end: the original Toronto date was scheduled to be the beginning of the tour and instead was moved to the end… until Sept. 3, on the second Los Angeles concert, which was originally scheduled to be the last date of the tour. There, his voice gave out early in the set and that show had to be postponed (the new date is still pending). “My voice went out during the first song,” he posted afterward. “Felt it go and my heart dropped.”

But two days later, he posted “Doctor says my voice is safe with rest I’ll be solid and able to bring the show my TORONTO fans are waiting for” — and on Thursday night, it finally happened.