The Walking Dead: Last Mile Concludes With Stats On Who Lived, Died, And More

The Walking Dead: Last Mile‘s first season is over. Not to be confused with The Walking Dead on AMC–which also just wrapped up its series last night after 11 seasons–Last Mile is a hybrid interactive series and game exclusively on Facebook. After a four-month run spanning three acts, several major character deaths, and millions of views, the series’ inaugural (but potentially not final) season has drawn to a close.

For such a massive social experiment, the intrigue is really in the details, the often enormous and/or world-changing statistics that the game’s community ultimately created. This includes deciding who would live or die in the series, the behaviors of some characters, and even being able to insert players’ own avatars into some scenes. The teams behind the series, Skybound, Genvid Technologies, and Pipework Studios, have today shared an exclusive infographic with GameSpot that digs deeper into the raw numbers and results of the zombie apocalypse sim series.

Below you can find stats that reveal where players invested their time and influence points, whose lives they saved–or ended–both directly and indirectly as a result of their actions, and more. It’s The Walking Dead, so naturally many goodbyes were said and a few villains emerged. See for yourself below.

The Walking Dead: Last Mile is an MILE, or massively interactive live event. If you enjoyed playing along, or perhaps even if you missed it, you might like to know that another major series is being turned into a MILE. Recently announced during a PlayStation showcase, Silent Hill: Ascension will use similar underlying cloud technology to allow players to influence a new story set in the Silent Hill universe beginning in 2023. 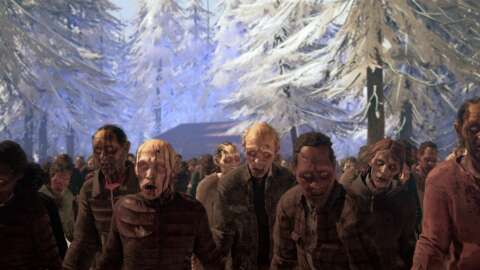