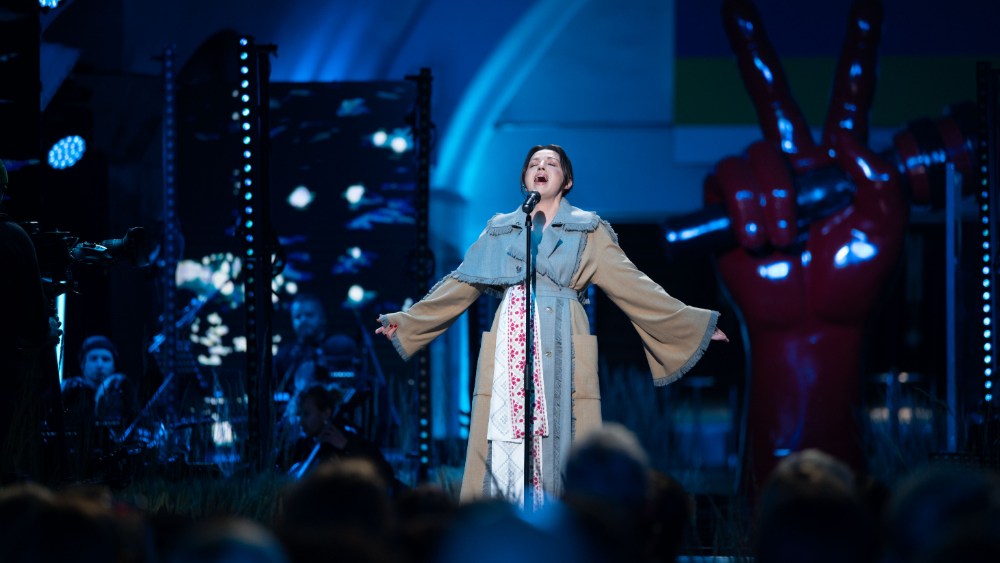 The finale of the Ukrainian edition of “The Voice” was staged in a subway station that’s being used as a bomb shelter during the war with Russia.

The local adaptation of the ITV Studios-distributed format is titled “The Voice of the Country” and is currently in its twelfth season. It kicked off on Jan. 23, but only got a few episodes in before being interrupted by the full-scale Russian invasion of the country in late February. The finale, which aired on Ukrainian TV channel TET on Nov. 20 after migrating from original broadcaster 1+1, has been keenly anticipated by audiences ever since the show returned in October.

The finale was held at the Kyiv metro station Maidan Nezalezhnosti, which is located at a depth of about 75 meters under the capital’s main square and near Khreshchatyk Street, the central street of Kyiv. Since war broke out, the Ukrainian underground has performed a crucial function as a bomb shelter. Maidan Nezalezhnosti metro station, which has been closed since the beginning of the war, has become a significant meeting place for Kyivites, and a venue for events such as awards ceremonies and even for recordings of interviews with President Volodymyr Zelenskiy.

Due to power outages in the capital due to missile strikes, power for the finale was supplied by generators.

Volodymyr Zavadyuk, head of big shows at 1+1 media, said preparations for the finale took around two months. “Despite the missile attacks and the continuation of the full-scale cynical war, we remain steadfast in our desire to give the voice of our nation an opportunity to be heard, and the participants to perform and support the morale of Ukrainians with a song. We tried so that Ukrainians had light in their souls in the darkest night.”

Zavadyuk continued: “We actually worked entirely from generators and saved the city’s electricity. This was very important for us. And it is also important not to stop even during the war. After all, our industry employs many talented people who love Ukraine immensely. And they stand firmly on the cultural front. I am sure that they should have work and a chance to realize their own potential in Ukraine, especially in dark times. Song is our DNA.”

The stage was designed to resemble a sun that was completely surrounded by real Ukrainian wheat. This was a symbolic gesture to signify hope that the country will once again flourish and live “like wheat growing through walls and marble.”

Meanwhile, funds received from voting in the final are going towards a Ukrainian charity.

The finale saw performances by the teams of Olya Polyakova, Potap, Dorofeeva and a team of national coaches called “Second Chance.” Another highlight was the paramedic Kateryna Polishchuk, who was freed from Russian captivity and moved the audience with a powerful performance of the song “Sleep Little Cossack.” The singer also called for the release of prisoners of war from the steel plant Azovstal, which has been taken over by Russia.

Season 12 was ultimately won by Maria Kvitka, who’s deemed the “keeper of Ukrainian culture.” A folklorist by profession, she is “madly” in love with ethnic Ukrainian costumes and authentic music, and is known for recording forgotten, authentic songs from her grandmothers in Polissia. Her repertoire includes about 2,000 unique folk songs.