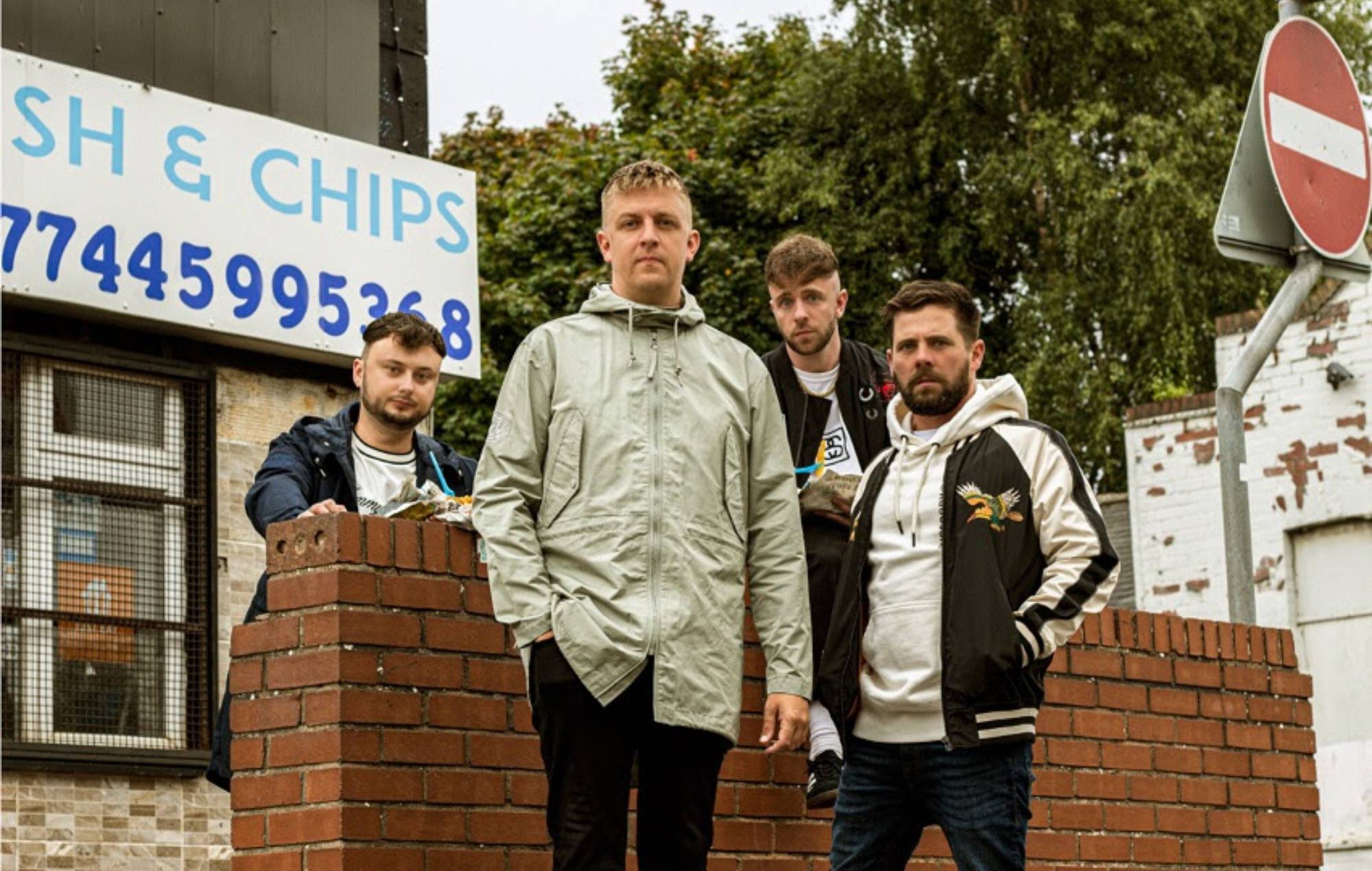 The Reytons are on course to claim their first-ever Number One album with ‘What’s Rock & Roll?’.

The South Yorkshire indie group – made up of Jonny Yerrell, Lee Holland, Joe O’Brien and Sean O’Connor – are on track to claim the top spot with their third album, which came out on Friday (January 20), according to data from the Official Charts Company.

The band are currently ahead of ‘Wrong Side Of Paradise’ by Black Star Riders – made up of most recent Thin Lizzy members Ricky Warwick, Sam Wood, Robbie Crane and Zak St John – and Måneskin‘s ‘RUSH!‘.

The Reytons’ previous two releases, 2021’s ‘Kids Off The Estate’ and EP ‘May Seriously Hard You And Others Around’, released the same year, achieved Top 20 and Top 30 spots, respectively.

Our brand new album What’s Rock And Roll? Is out everywhere now!!! The response so far has been incredible! Grab your physical copy TODAY and help us reach the top of the charts 100% independently!

No Label. No Backing. All Reytons. pic.twitter.com/Cr0lGbdyC2

Måneskin could also secure their first-ever Top 10 album this week, previously charting in the Top 50 with 2021’s ‘Teatro d’ira – Vol. I’.

The Murder Capital, meanwhile, could claim a career-best chart spot this week with ‘Gigi’s Recovery‘, which is currently charting in the Top 10.

Last week, Courteeners’ made chart history as their debut album ‘St. Jude’ made it to Number One, 15 years after its original release.

Originally released in 2008, ‘St. Jude’ peaked at Number Four on the Official Albums Chart at the time and contained three Top 40 singles including indie dancefloor staple ‘Not Nineteen Forever’.

In August last year, the band announced a reissue of ‘St. Jude’ along with a massive Heaton Park gig to celebrate their debut 15th anniversary.

Frontman Liam Fray spoke to NME as the band was on course for the milestone achievement, sharing: “People say that numbers don’t matter. Are you kidding me? This industry is literally built on a Top 10 every fucking week – so don’t say that no one cares!

“If it gets there, it’ll be really nice. It’s been a long time coming and it’s a big pat on the back for the people that have worked with us and all the fans that have been there for us at any point. It shows that there’s still a place for it and that people are into it.”

“Good Things come to thems that wait. God bless the fans,” Fray told the Official Charts Company when the Number One was official.