‘The Persian Version’ Review: Can Recounting a Mother’s Past Lead to Reconciliation? 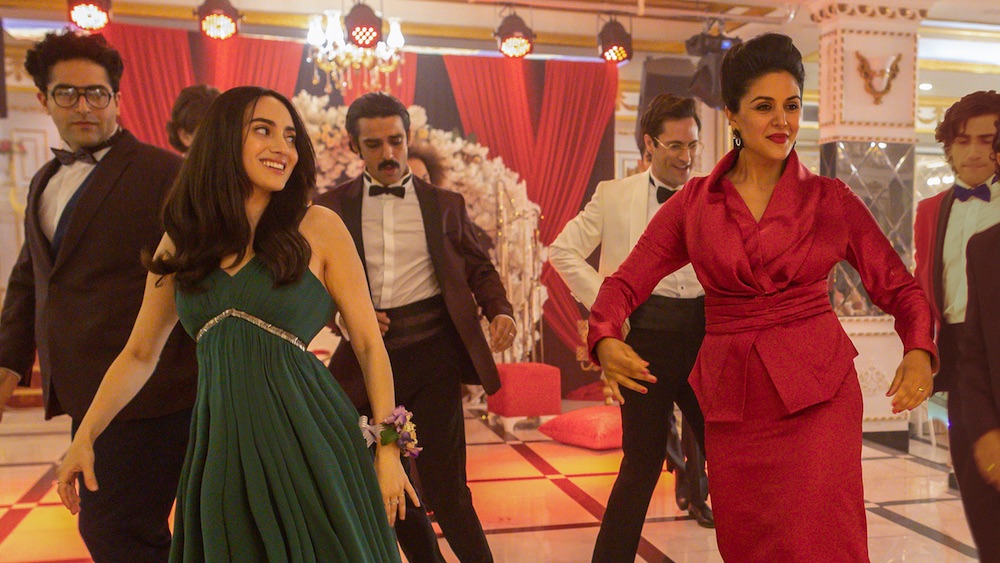 With her tart direct address, Leila makes a cheeky protagonist in “The Persian Version,” a Sundance-blessed dramatic comedy about the wide rift between an immigrant mother and her Iranian American daughter. Layla Mohammadi and Niousha Noor portray Leila and her mother, Shirin. They also carry the weight of writer-director Maryam Kesharvarz’s third feature, which braids comedy and tragedy, vibrant aplomb and thoughtful soberness.

In 2011, Kesharvarz made her directorial debut at the Sundance Film Festival with “Circumstance,” winner of that year’s audience award for dramatic feature. Set in Tehran, that LGBTQ-hued film focused on a well-to-do Iranian family dealing with their sexually rebellious daughter (and Daddy’s girl) and a son who recovers from drug addiction by replacing it with a fresh mania for fundamentalist ideology. “The Persian Version” moves between the present and the past (colorful intertitles herald the ’60s, the ’70s, the ’80s and the ’90s) and shuttles from New York to New Jersey to a rural outpost in Iran, where Leila’s mother and father land when he’s just starting out a doctor.

Some traits between the director’s first and third films overlap: Leila’s a lesbian and one of her brothers (there are seven) is her twin in their mother’s displeasure. But the film isn’t about coming out, or about fathers. Though Leila, an indie filmmaker, continues to identify as lesbian, she gets unintentionally knocked up when she trysts with a guy she mistakes for a drag queen (played by Tom Byrne). He’s not.

If that sound messy, it is. And “The Persian Version” is a bit madcap and self-indulgent, not unlike its protagonist, before it settles into a groove that foregrounds Shirin. Noor balances her role as a judgmental mom and the hard-charging head of a household that flirts with financial ruin when husband Ali Reza (Bijan Daneshmand) is diagnosed with heart condition. The scenes where Shirin takes matters into her own hands and begins studying for a real estate license reveal her as more than the sum of her disrespect for her daughter’s sexuality.

To assure that this remains a mother-daughter saga, Ali Reza is sent to a hospital where he awaits a heart transplant. Exiled from her father’s hospital room by Shirin, Leila spends time with her mother’s very knowing mother, Mamanjoon (Bella Warda, while Sachli Gholamalizad plays the younger version — both are good).

Mamanjoon drops a bit of wisdom on her granddaughter: “If you want to understand your mother, write about her.” She also mentions that her parents left Iran for the U.S. because of a scandal. Leila’s antennae vibrate: scandal? Learning what that disgrace might have been signals a shift in the movie’s perspective, one that cleverly finds a teenaged Shirin (Kamand Shafiesabet) directly addressing us as she takes over the storytelling reins to recount her and Ali Reza’s life in Iran. (Shervin Alenabi portrays the younger Ali Reza.)

It’s a dramatic shift that goes from vivacious to thoughtful and expresses the director’s interest in bending genre and an Iranian American reckoning with her parents’ past back home. For the most part, it works — and even when it strains, it remains telling. Shirin didn’t become strong overnight, and as Leila moves along in her pregnancy, her mother becomes more complex to her.

“The Persian Version” is one of three very different films centered on Persian women at Sundance. Given the ongoing women’s rights protest in Iran, that resonates.

Early in “The Persian Version,” little Leila (Chiara Stella) and her mother smuggle contraband into Iran on a vacation. Pop music is especially illicit, and a gathering of family and friends turns into an impromptu courtyard dance party featuring Cyndi Lauper’s “Girls Just Want to Have Fun.”

It’s sentimental, to be sure, and exuberant. (Yes, every party needs some version of the Electric Slide, and Rostam Batmanglij’s score, and his credit-remix of that girl power anthem, is a hoot.) But blink and you’ll miss the glance between Shirin and little Leila (Chiara Stella), the one that speaks to a connection that may yet salvage a mother-daughter bond — the one that insists that wanting to have fun can be revolutionary.

There’s a reason why the first sequence finds Leila sauntering into a Halloween party in an electric blue naqib over a pink tankini. Fun indeed.