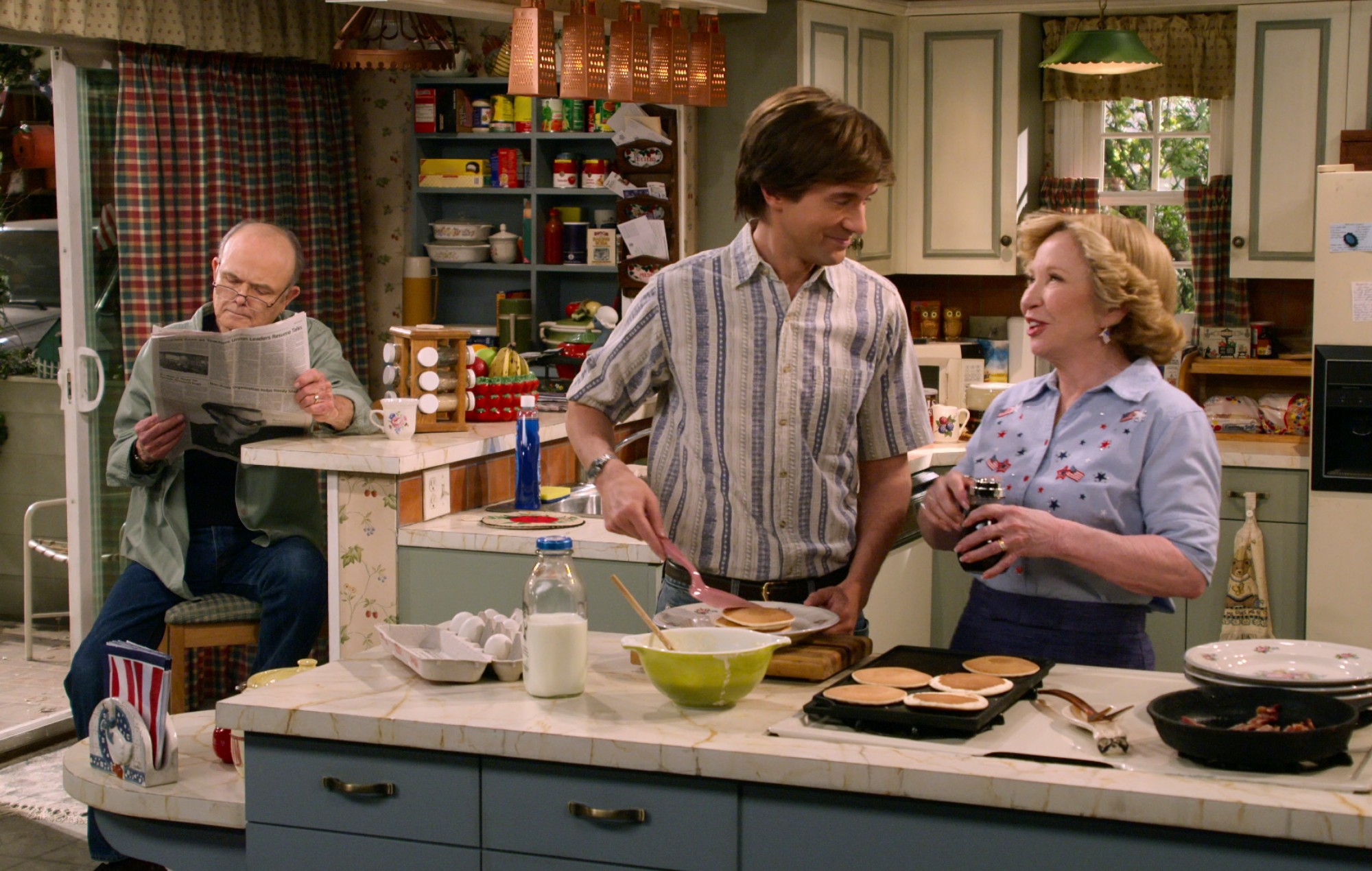 Viewers have praised Netflix sitcom That ‘90s Show, describing it as a worthy successor to That ‘70s Show.

That ‘90s Show is led by new cast member Callie Haverda as Leia Forman, the teenage daughter of Eric (Topher Grace) and Donna Pinciotti (Laura Prepon) from the original series. Other additions include Ashley Aufderheide as Gwen Runck, Reyn Doi as Ozzie and Mace Coronel as Jay Kelso, the son of Michael Kelso (Ashton Kutcher) and Jackie Burkhart (Mila Kunis).

Bonnie and Terry Turner, who created That ‘70s Show with Mark Brazill, have teamed up with their daughter Lindsey Turner and original show writer Gregg Mettler to develop the sequel series.

After the 10-episode first season debuted on Netflix on Thursday (January 19), viewers have mostly praised the series in early reactions.

“That ‘90s Show was so fun like I’m genuinely so happy it did the original show justice,” one viewer wrote.

Another added: “I was hesitant at first, but That ‘90s Show is really good and actually funny. Red and Kitty still steal the show with every scene they have, but the new kids are good too. It feels almost like the original show. This is a sequel series done right!”

You can check out more reactions below.

Just finished that 90s show and I kinda loved it???? The new cast has good chemistry and I love leia she really is Eric’s daughter. I just wish the laugh track would dial back but this is a good reboot bc they don’t rely on nostalgia. Kitty and red carried ofc. im hoping for a s2 pic.twitter.com/itqe7iGkHV

really enjoyed that 90s show! hope they get booked for a second season pic.twitter.com/taQoPsTVRt

I was hesitant at first, but That ’90s Show is really good and actually funny. Red and Kitty still steal the show with every scene they have, but the new kids are good too. It feels almost like the original show. This is a sequel series done right! #That90sShow pic.twitter.com/jddhDNZpO5

That 90s Show exceeded my expectations so much and I loved it so much so it is all I will be watching for the next few weeks so I can make sure they renew it for a second season.

That 90s Show is weirdly not terrible?

that 90s show wishes it was that 70s show pic.twitter.com/vWOrjWCOPL

Speaking about returning to the show for a sequel (via NetflixQueue), showrunner Bonnie said: “It’s a wonderful time to go home. The world is so chaotic and there’s so much noise, and we want to be somewhere peaceful, some place that’s familiar. We need comfort food right now more than ever, and I think the show delivers that.”

That ‘70s Show ran for eight seasons between August 1998 and May 2006. The series followed the lives of six teenage friends living in the fictional town of Point Place, Wisconsin.

That ‘90s Show is available to stream on Netflix.