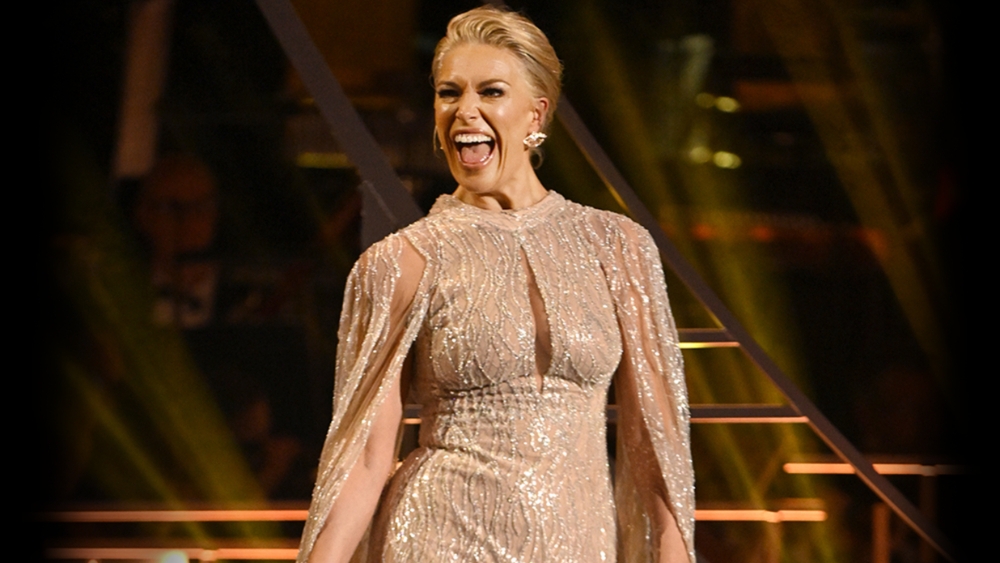 The campaign, which launched last week, champions West End performers and stage management’s demand for a 17% pay rise, alongside other improvements to their working life. Equity have requested a 17% pay rise to the West End minimums to the Society of London Theatre, representing producers and engagers in the West End. Equity general secretary Paul W. Fleming has said that the union is prepared to strike if necessary.

Waddingham tweeted: “Wages are quite frankly insulting across the board in West End Theatre and always have been. #StandUpFor17 It shouldn’t be a fruitless labour of love. I STAND WITH YOU AND THEN SOME!”

Actor Miriam Margolyes said: “I’m standing up for 17, our campaign to help increase the pay packets of the least well-paid of our profession… I’m thinking about the swings who play several parts, possibly, in a night. The understudies, the ensemble – they’re the people at the moment at the bottom of the pile, and they’re just not getting a fair suck of the sauce bottle.”

Matthew Modine, “Stranger Things” actor who is starring in “To Kill A Mockingbird” in the West End, tweeted: “I’m a guest working in the historic West End of London & stand with @EquityUK asking for a 17% wage increase for the lowest paid in the West End. 17% may sound like a lot – but they’re the lowest paid – so it’s a 17% increase of not a lot. Fair is fair. #StandUpFor17.”

The West End casts of “Hamilton,” “The Mouse Trap” and “Moulin Rouge” have also expressed their support for the wage hike demand.

Comedians Katherine Ryan (“The Duchess”) and Phil Wang (“Philly Philly Wang Wang”) will be joining the line up for “The Graham Norton Variety Show” at London’s O2 arena as part of the inaugural Just For Laughs London festival (March 2-5).

Joe Nunnery, producer of the hit BBC series “Ladhood,” is joining Boffola Pictures in the new position of head of comedy. Nunnery began his career at BBC Radio Comedy, where he produced “Alexei Sayle’s Imaginary Sandwich Bar” and Liam William’s “Ladhood” for Radio 4. He successfully developed “Ladhood” for a transition to TV and produced three series of the critically acclaimed coming-of-age sitcom for BBC Three.

Boffola Pictures, established by Shane Allen and Kate Daughton in 2021, are planning the second series of the hit BBC comedy thriller “Am I Being Unreasonable?” which is written by and stars Daisy May Cooper and Selin Hizli. “Undoing Martin Parker,” a series for BBC One, written by Sian Gibson and Paul Coleman, and starring Conleth Hill, Sian Gibson and Rosie Cavaliero, is currently in production.

Cineflix Rights has added Daniel Rodriguez as sales consultant, Latin America and Hispanic U.S. Miami-based Rodriguez is the distributor’s first dedicated sales rep covering the region, with Barcelona-based Sabrina Ayala now focusing her work on European buyers across French-speaking Europe, Italy, and Iberia. Rodriguez will be at Content Americas this week launching Cineflix Rights’ slate of new shows to buyers in the region.

Animation studio Aardman has revealed its plans for the 30th anniversary celebrations of 1993 Oscar-winning film “Wallace & Gromit: The Wrong Trousers.”

Highlights include: The release of a limited edition “The Wrong Trousers” x Olympia Le Tan designer clutch bag featuring Wallace wearing his ‘Techno-Trousers’ alongside Gromit and Feathers McGraw; a partnership between Aardman and the Cartoon Museum in London, showcasing Wallace & Gromit artwork over the years with an exhibition and public events; the launch of a new Wallace & Gromit-themed escape room adventure called A Grand Way Out at Locked In A Room, Bristol; and 30 performances of “The Wrong Trousers” with live orchestral accompaniment, staged by Carrot Productions, taking place all over the U.K.