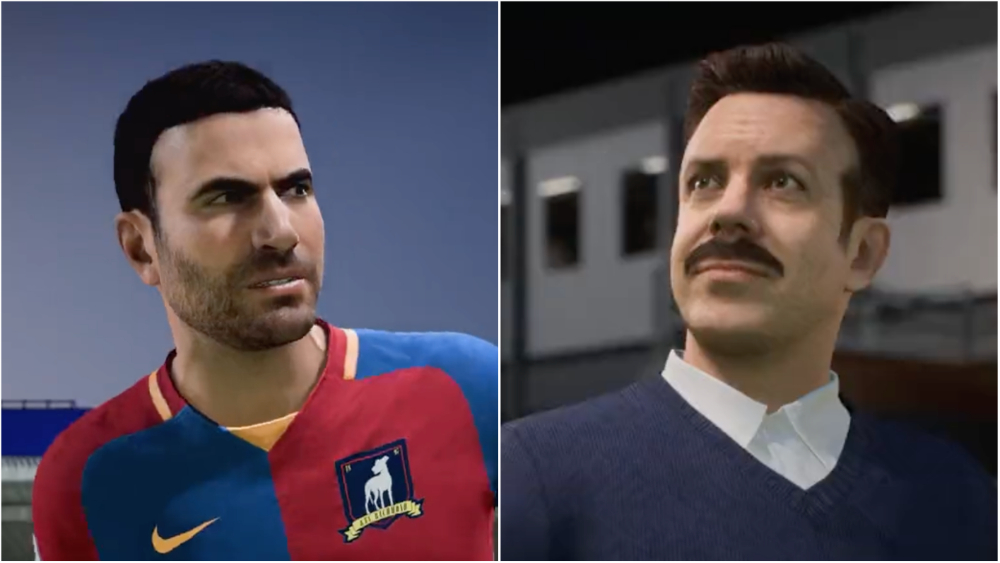 “Ted Lasso” is coming to “FIFA 23,” which means gamers across the world can now play as AFC Richmond and “be a goldfish” too.

The show’s fictional soccer team will become playable in the EA Sports video game starting Sept. 30. The Ultimate Edition of “FIFA 23” comes out just a few days earlier, on Sept. 27.

Sudeikis even lends his voice for a Ted Lasso spin on EA’s signature tagline, saying in his lovable twang: “EA Sports, I’m in the game… ooh, did I sound like the guy?”

AFC Richmond will be available across multiple game modes, including Career Mode, Kickoff, Online Friendlies and Online Seasons. Players can select Ted Lasso to coach any team of their choosing, and they’ll also be able to recruit any other coach to manage Richmond.

“I am truly fortunate, and deeply grateful to have had many special moments in my career thus far, and I consider this experience among the best of them,” Sudeikis said.

The famously foul-mouthed Goldstein added: “It is so fucking cool to be in ‘FIFA.’ I’m not sure this is going to help dispel the CGI rumours but fuck it, totally worth it. I look forward to beating my nephew in a game with me as Roy Kent and him as Jamie Tartt. He’s gonna be furious.”