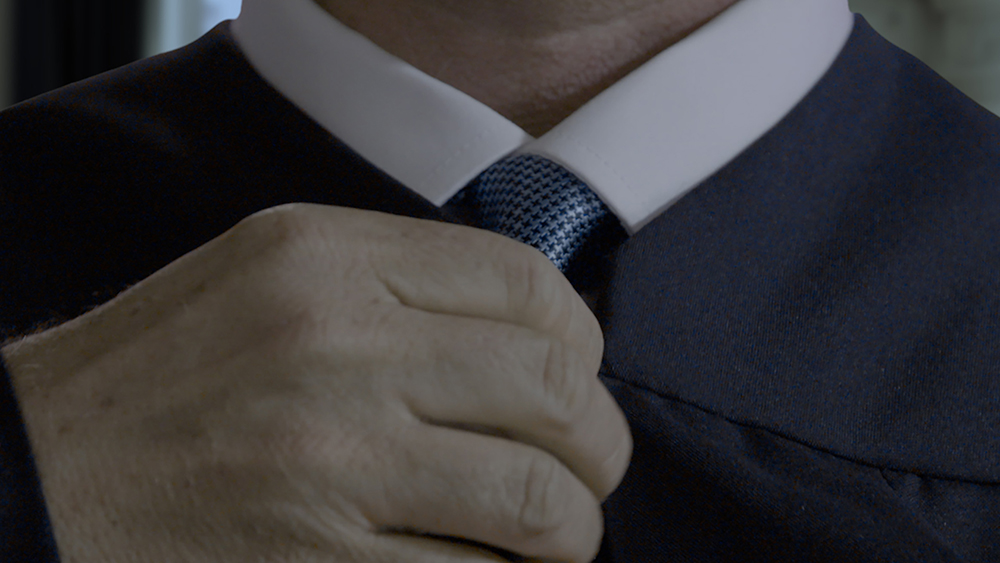 “Justice,” a documentary that delves into sexual assault allegations against Supreme Court Justice Brett Kavanaugh, was secretly in the works for more than a year before it was added as a late-breaking addition to the 2023 Sundance Film Festival lineup.

Doug Liman (“Mr. and Mrs. Smith,” “The Bourne Identity”) directed the film, which premiered on Friday at Park City’s Park Avenue Theatre. Like many Americans, he vividly remembers watching Christine Blasey Ford, who accused Kavanaugh of sexually assaulting her when they were high schoolers in the early ’80s, testify before the Senate Judiciary Committee in 2018. Three additional women later accused Kavanaugh of misconduct (all of which he’s denied). An FBI investigation found “no corroboration of the allegations,” and Kavanaugh was eventually confirmed to a lifetime term on the highest court in the country.

During a Q&A after the screening, Liman described a sense of outrage while watching Blasey Ford’s testimony and “knowing something very wrong was happening.”

Liman believes “the FBI investigation into Brett Kavanaugh fell woefully short.” His documentary features new evidence and key interviews with subjects who were closely involved in the allegations, including Kavanaugh’s former Yale classmate Deborah Ramirez. She alleged that Kavanaugh exposed himself to her and forced himself onto her at a dorm party in the early 1980s.

Liman praised the individuals who chose to speak out in the film.

“This was the kind of movie where people are terrified,” Liman said. “I mean, the fact is the people that chose to participate in the movie are heroes.”

“The film examines our judicial process and the institutions behind it, highlighting bureaucratic missteps and political power-grabs that continue to have an outsized impact on our nation today,” he said in a statement prior to the film’s premiere. Moreover, he added, “It shouldn’t be this hard to have an open and honest conversation about whether or not a Justice on the Supreme Court assaulted numerous women as a young man.”

Liman admits he doesn’t know the kind of recourse he expects to follow the film’s premiere. “For me, I feel like the job ends with the film and what happens after is beyond my control,” he said. “My thinking hasn’t gone beyond the film.”

Amy Herdy, a producer on the film, pushed back on Liman’s response and said she respectfully disagreed. “I do hope this triggers outrage and action,” she said. “I hope it triggers an actual investigation with real subpoena powers.”

One revelation in the documentary alleges the FBI received tips that corroborated evidence to Ford and Ramirez’ accounts. Another piece of new information details a third incident that was submitted to the FBI by a former Yale classmate — attorney Max Stier — who claims he witnessed Kavanaugh force himself upon a female student at a dorm party.

Herdy and Liman said since the documentary was announced, they’ve received more tips from people who claimed to have similar stories to share.

“I thought the film was done but it looks like… we’re not going home,” Liman said. “The team is staying on it.”