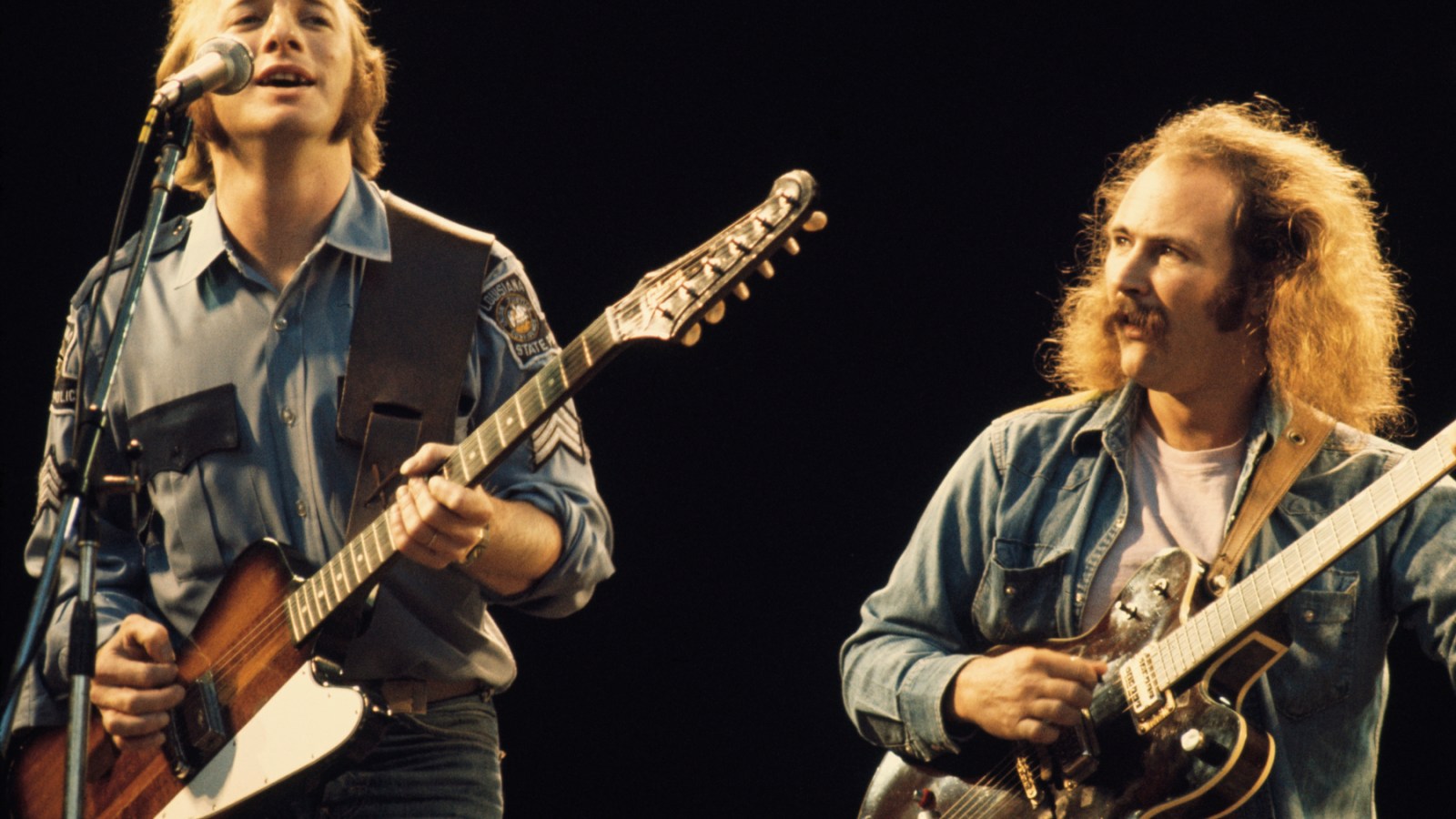 David Crosby’s impact as both a solo artist and member of the Byrds and Crosby, Stills and Nash helped shape the sound of Sixties rock and beyond. Following his death at the age of 81, the singer, songwriter and guitarist was remembered by Stephen Stills of their supergroup trio.

Stills paid tribute to his fellow musicians in a moving message sent to Rolling Stone.

“I read a quote in this morning’s paper attributed to compose Gustav Mahler that stopped me for a moment:

‘Death has, on placid cat’s paws, entered the room.’

I shoulda known something was up.

David and I butted heads a lot over time, but they were mostly glancing blows, yet still left us numb skulls.

I was happy to be at peace with him.

He was without question a giant of a musician, and his harmonic sensibilities were nothing short of genius.

The glue that held us together as our vocals soared, like Icarus, towards the sun.

I am deeply saddened at his passing and shall miss him beyond measure.”

Just months after he left the Byrds in 1967, Crosby met up with Stills and Graham Nash at Joni Mitchell’s house and discovered their incredible vocal blend. The first song the trio sang together was “You Don’t Have to Cry.” The trio went into the studio a few months later to record their debut LP. Crosby contributed the song “Long Time Gone.”

In the summer of 1970, near the pinnacle of their popularity, the group went on indefinite hiatus. They would reunite again in 1977 as Crosby, Stills & Nash re-grouped for the quadruple-platinum CSN, and toured heavily that same year after reforming as the original trio.

Shortly after being forced out of the Byrds, Crosby formed the supergroup with Buffalo Springfield’s Stills and the Hollies’ Nash. The trio – which became a quartet in 1969 when Neil Young joined their ranks – played a major role in the development of folk-rock, country-rock and the emergent “California sound” that dominated rock radio throughout the mid-Seventies.