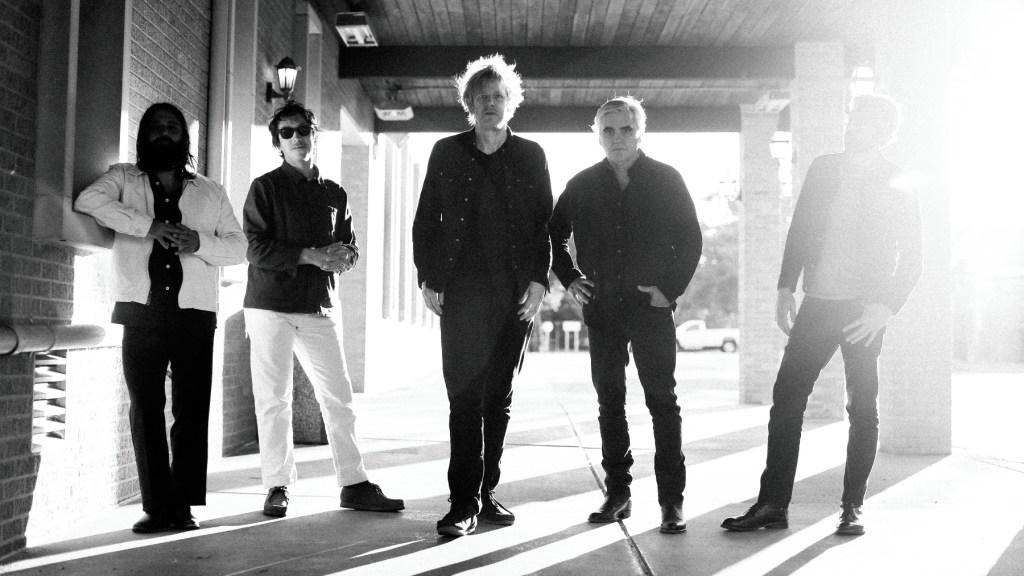 Out of This World

Sherwood’s complete reconstruction of the indie outfit’s latest LP, Lucifer on the Sofa, will arrive in November

Spoon and Sherwood first teased their collaboration back in June with the latter’s “reconstruction” of “My Babe.” The official announcement of the full remix album was accompanied by a new version of “On the Radio,” which arrives with a music video directed by Spoon frontman Britt Daniel.

Though ostensibly an out-there project for an indie rock band, Spoon have incorporated dub influences throughout their discography, and they’ve never shied from an intriguing remix either. When they first linked up with Sherwood, the idea was to just do a couple of remixes, but both band and producer were so pleased with the results, they decided to revamp all of Lucifer on the Sofa.

“I got into the melody and the thoughts it evoked in me,” Sherwood said in a statement. “It just evolved and we eventually found ourselves with a whole album.”

Along with excavating and tinkering with the album’s original multi-tracks, Sherwood and some of his On-U Sound colleagues provided additional instrumentation. Contributors include bassist Doug Wimbish and drummer Keith LeBlanc.

“It wasn’t just a thing where you pick apart this and that and you stay on the grid and you add a delay,” Daniel said Lucifer on the Moon. “[Sherwood] added so much more instrumentation to the tracks that they became completely different versions of the songs. Not just remixes, but companion pieces. A ‘Part II.’”

Spoon released Lucifer on the Sofa back in February, marking their first album since 2017’s Hot Thoughts. Lucifer On the Moon isn’t even the first remix project the band has done for the album either; in May they dropped a remix EP for the song “Wild,” featuring contributions from Jack Antonoff and Dennis Bovell.