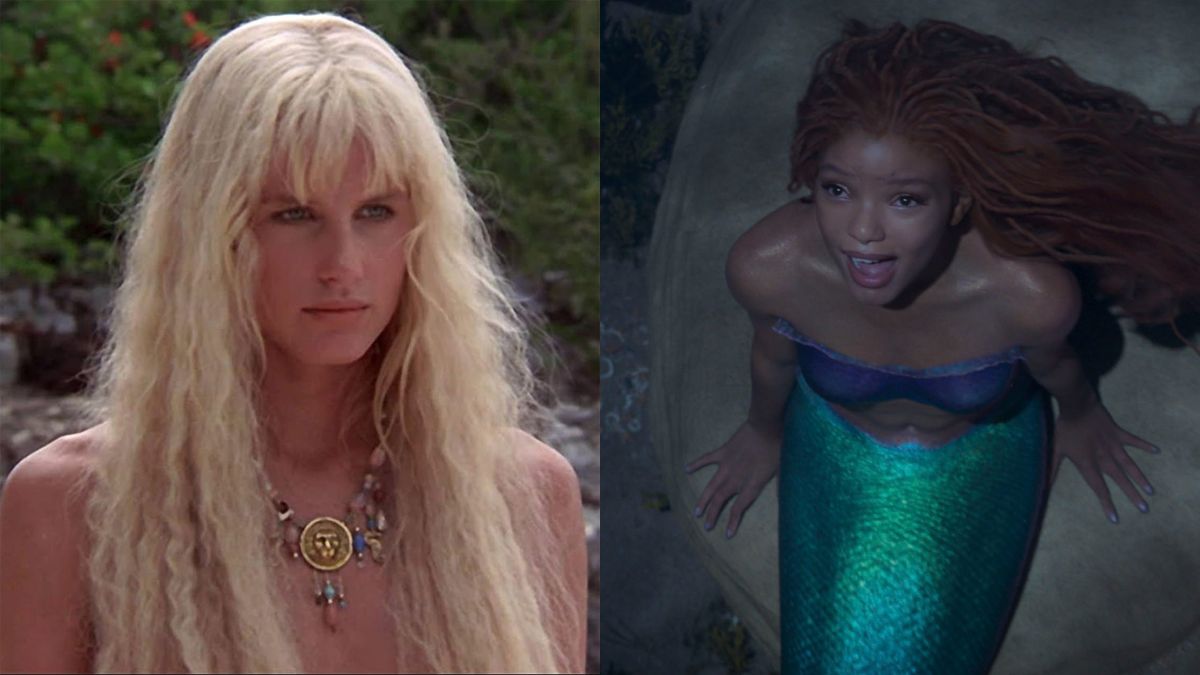 Halle Bailey landed the role of a lifetime being cast to play Disney’s favorite red-haired mermaid Ariel in The Little Mermaid remake. Unfortunately, a number of online haters downvoted the first trailer of the live-action movie which led to it being the most disliked Disney trailer on YouTube, using the hashtag #NotMyAriel. From one little mermaid to another, Splash’s Daryl Hannah has defended Halle Bailey’s casting in being the next Ariel against the backlash.

Daryl Hannah graced the big screen in 1984’s Splash, which stars Tom Hanks as man who falls in love with a woman without knowing she’s the mermaid that saved his life from drowning as a boy. As a woman who once sported a giant tale herself, Hannah took to Twitter to defend Black actress Halle Bailey against online racists:

The Kill Bill actress is not the only person willing to defend the Grown-ish star. Jodie Benson, the original voice of Ariel, defended the 22-year-old actress by stating the importance of seeing the “spirit” of the performer instead of “the package.” If The Little Mermaid was live-action instead of animated back in 1989, Benson could have received ageist comments for being in her late 20s portraying 16-year-old Ariel. But Benson proved that age has nothing to do with the talent you bring to a role. Talk show host Trevor Noah has also responded to the racist backlash by stating the obvious: both Ariels have big tails and red hair. Skin color should not be a factor.

Luckily, the online trolls are not bringing this up-and-coming Ariel down. Bailey handled the negativity surrounding playing Ariel by having faith her portrayal will be “beautiful,” with the knowledge that it’s bigger than herself. She’s touching the hearts of a number of young Black girls who watched the teaser trailer for the first time. Based on videos that have been shared, many are happy to see that there is a Disney mermaid with the same skin color as them that they can connect with. Bailey being “grateful” for “re-inventing” Ariel surpasses any negative criticisms she’s been receiving for filling these big shoes…or tail.

Even if Halle Bailey has received her share of negativity, the positivity outweighs all of that. A lot of people on TikTok have been posting videos of themselves watching this young actress sing “Part of Your World.” Emotional fans were overtaken with happiness knowing this sweet voice came out of a Black actress willing to represent her community and show mainstream audiences that there is room for Black actors in roles you haven’t seen them in before.

Everyone should follow Daryl Hannah’s example of spreading positivity online instead of trying tarnish a young Black actress like Halle Bailey, who looks wonderful in the role of Ariel. We all have the chance to see this singer-actress swim across the big screen in the upcoming Disney remake of The Little Mermaid coming to theaters on May 26, 2023.