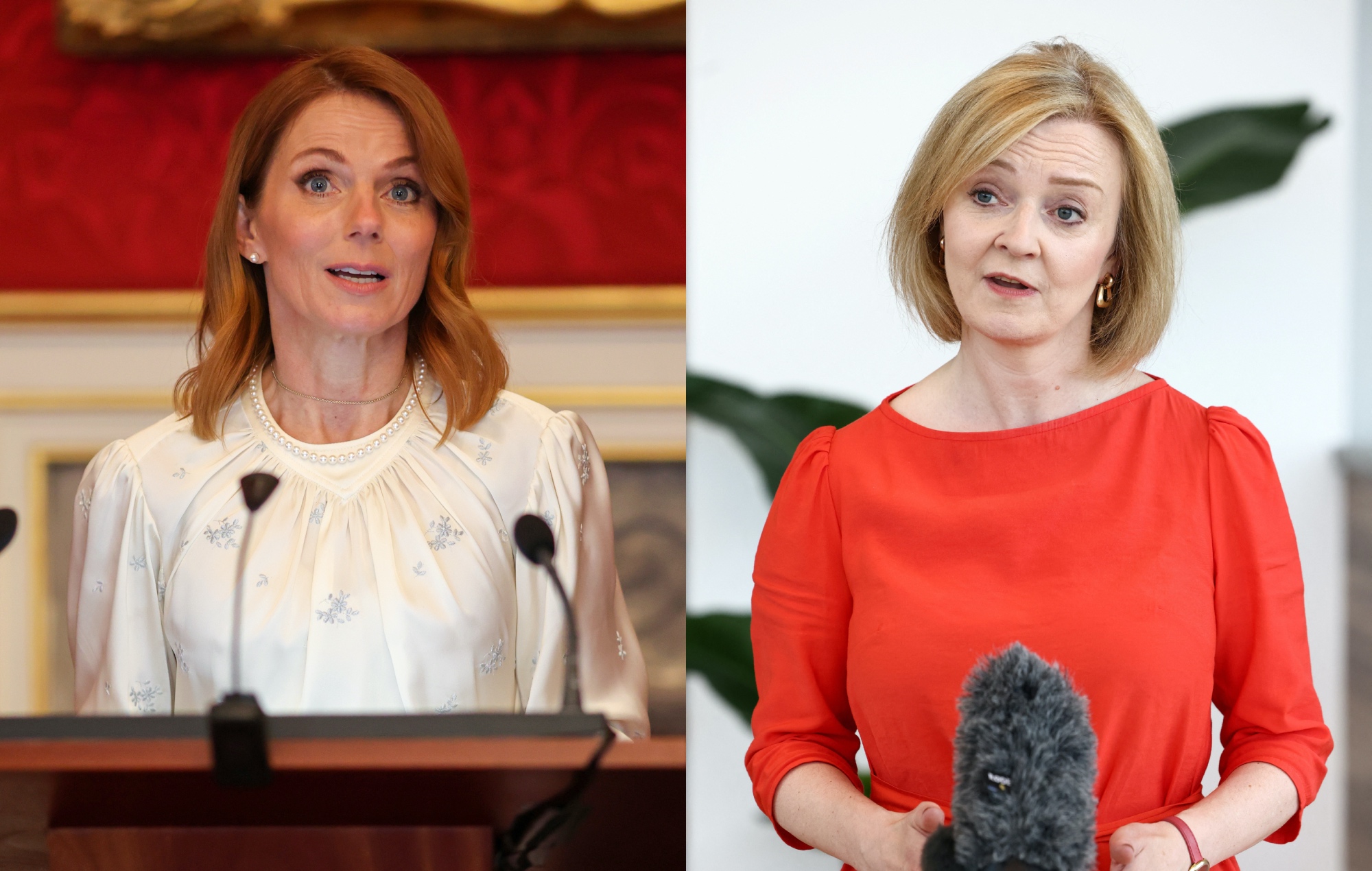 Geri Horner is said to have told Liz Truss to “go for” the role of Conservative leader amid criticism she faced for hugging MP Nadine Dorries at the Women’s Euro 2022 final.

The Spice Girls singer was pictured with the Culture Secretary as the Lionesses led England to victory against Germany on Sunday evening (July 31). “Girl power radiating from Wembley tonight,” Dorries captioned the image on Twitter.

Many fans subsequently pointed out Dorries’ history of voting against gay marriage and “only recently demonising the trans community”.

A photo has since emerged of Horner with Truss, who is currently going up against Rishi Sunak to become the next UK Prime Minister.

Speaking to MailPlus about meeting the Spice Girls star, Truss explained: “[Horner] said ‘go for it’, she was very positive.” See the photo below.

How long before Geri Halliwell is the next Culture Secretary pic.twitter.com/5NLGs8kTJ7

While some fans expressed their disappointment with Horner (née Halliwell), others said that they weren’t surprised because the singer had previously described Margaret Thatcher as the “original Spice Girl”.

Horner also paid tribute to the late PM following her death in 2013, writing: “Thinking of our 1st Lady of girl power, Margaret Thatcher, a green grocer’s daughter who taught me any thing is possible…x.”

The final result of the Tory leadership contest will be announced on September 5. Truss is currently leading by five points, according to The Guardian.

Boris Johnson confirmed that he would be resigning as PM last month amid the Chris Pincher scandal. There had been countless calls for Johnson to quit over the course of ‘Partygate’, which first hit the news in December 2021.

Speaking outside Number 10, Johnson said he was “immensely proud of the achievements of this government in getting Brexit done, to settling our relations with the continent… reclaiming the power for this country to make its own laws in Parliament”.

He continued: “To [the] new leader… I say I will give you as much support as I can. And to you, the British public. I know that there will be many people who are relieved and perhaps quite a few who will also be disappointed.

“And I want you to know how sad I am to be giving up the best job in the world. But them’s the breaks.”