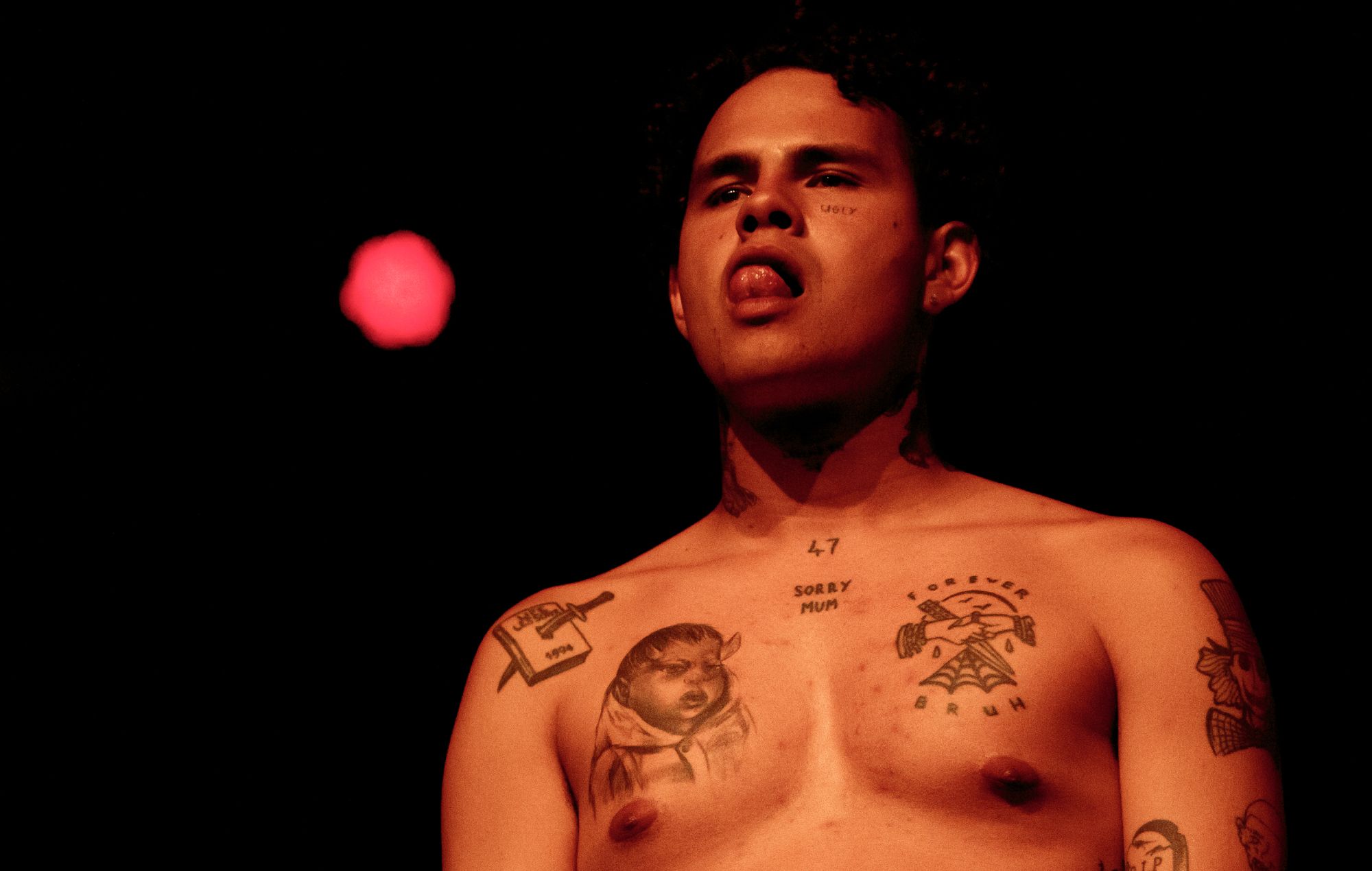 Slowthai has apologised for wearing an anti-fascist t-shirt that features the word “destroy” over a Nazi swastika.

The rapper defended his choice to wear the shirt but acknowledged that it caused confusion among fans at Montreal’s Osheaga Festival over the weekend.

“I’m sorry to anyone who is offended by me wearing an anti-fascist/anti-regime t-shirt and the use of the symbol it represents. I want you to know I stand firmly against antisemitism and fascism of any kind, something the t-shirt was meant to illustrate with the word ‘destroy’ above the symbol,” Slowthai wrote online.

Osheaga added: “A performer appeared on stage [on] Saturday wearing a controversial t-shirt displaying a swastika that caused confusion. The t-shirt denounces the regime. We sincerely apologise to anyone who may have misinterpreted this message and felt hurt.”

Today at the @osheaga music fest, @slowthai performs wearing a #swastika t-shirt. At what point does his manager, festival organizers, or stage managers step in and say this symbol of hate has no place at the festival, in #Quebec, or in #Canada? #antisemitism @AviBenlolo pic.twitter.com/QbOeYPdLRE

Some users on social media were offended by the t-shirt. “Today at the @osheaga music fest, @slowthai performs wearing a #swastika t-shirt. At what point does his manager, festival organizers, or stage managers step in and say this symbol of hate has no place at the festival,” wrote one.

“Unbelievable that @osheaga seems to think that it’s ok for Tyron Frampton (i.e. @slowthai) to wear a tshirt with the Nazi swastika during his show. Under this symbol, millions of Jews were persecuted, shot, burned alive, raped, gassed, tortured, eliminated, exterminated,” wrote another.

Elsewhere, someone came to Slowthai’s defence by pointing out that British fashion designer Vivienne Westwood has a series of anti-fascist designs including the one worn by Slowthai “that are anything but new”.

The person linked to photos of the Sex Pistols‘ Johnny Rotten and The Rolling Stones‘ Mick Jagger both wearing a similar shirt to the one worn by Slowthai.

whether or not the outfit choice was a great idea is a different story but Vivienne Westwood has a series of antifascist designs including the one worn by Slowthai that are anything but new pic.twitter.com/9kAtQ9UxkT

Meanwhile, Fontaines D.C. have opened up about working with Slowthai, praising his “incendiary quality”.

Speaking to NME in April for a Big Read, the band were asked about working with the Northampton rapper after a video emerged of Fontaines D.C. in the studio with Slowthai and his producer, Kwes Darko, in February.

While they didn’t discuss details of any future collaborations, the band said that a recording session with the rapper taught them how to make music deliberately sound like samples – a technique that they’d be open to experimenting with in the future.

They also went on to discuss their thoughts on Slowthai, saying that he has “an incendiary quality” about him.

“It’s just so refreshing to work with somebody who has an incredibly open mind,” the band’s vocalist Grian Chatten said. “His charisma reminds me of something that I read about Mick Jagger before, where those around him would be able to identify his distinctive voice in an instant. That’s what Slowthai is becoming.”