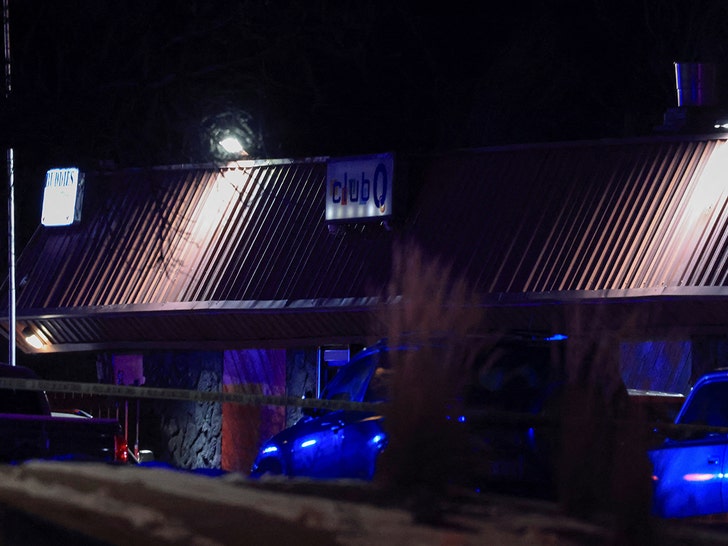 Another massacre at a gay club has left 5 dead and at least 18 injured.

A gunman opened fire at Club Q, a gay nightclub in Colorado Springs. The shooting occurred just before midnight Saturday, when authorities began receiving a barrage of 911 calls.

It appears the gunman is in custody.  According to the Club’s facebook page … “the quick reactions of heroic customers … subdued the gunman and ended this hate attack.”

A police official confirmed they apparently got the gunman … “They did locate one individual who we believe to be the suspect inside. At this point in time, the suspect is being treated, but is in custody.”

Police have not discussed or revealed motive, but the club itself has already called this a hate crime.

The FBI is on the scene, and nearly a dozen ambulances rushed there to treat and transport the injured. 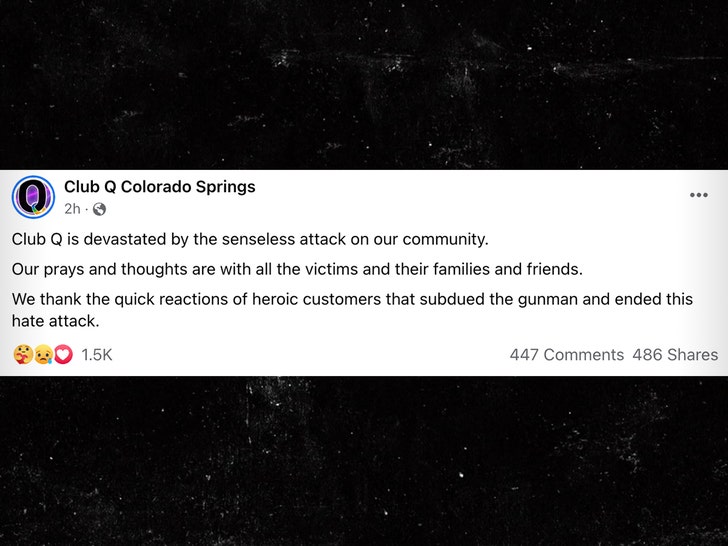 A manager from the club said, “Club Q is devastated by the senseless attack on our community. Our thoughts are with all the victims and their families and friends. We thank the quick reactions of heroic customers that subdued the gunman and ended this hate attack.”

This is far from the first attack in gay clubs. Perhaps the worst … back in 2016, when a gunman opened fire at Pulse nightclub in Orlando, killing 49.

This is the latest in a slew of mass killings in America this year — more than 500 — snuffing out the lives of more than 2,700 innocent people.