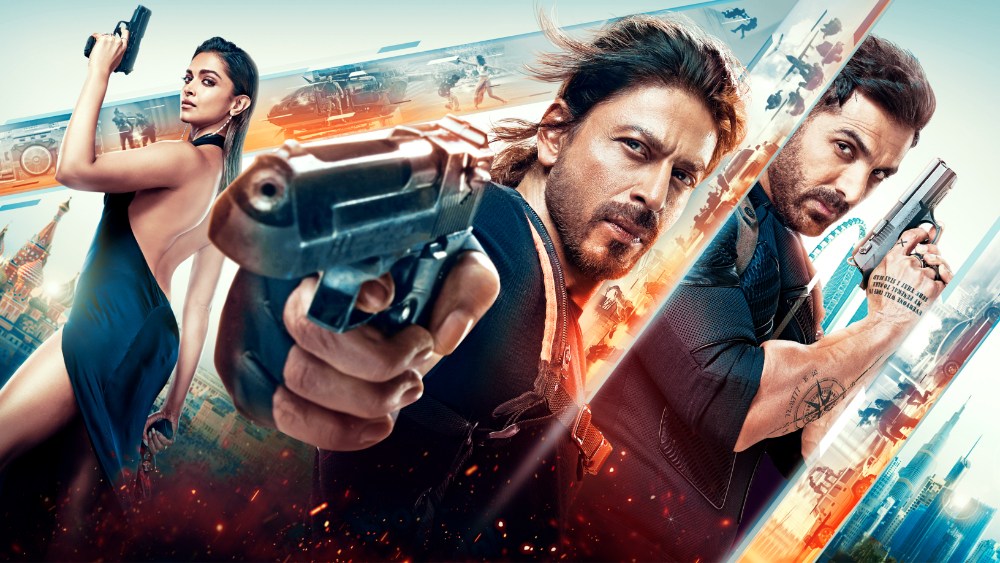 Yash Raj Films’ hugely anticipated “Pathaan,” the comeback film of Shah Rukh Khan, is releasing worldwide in over 100 countries, making it one of the widest openings for a Bollywood film.

“Pathaan” was in the eye of a storm in December 2022, when members of India’s ruling Bharatiya Janata Party took objection to a song in the film and the film was subsequently censored. However, in recent days the film indirectly received a boost when Indian Prime Minister Narendra Modi told party workers not to make “unnecessary comments” about movies.

The Bollywood theatrical business, which took a beating in 2022 with a spate of flops, has also received a boost with 25 single-screen cinemas across northern and western India that had shut down due to the impact of COVID-19, reopening to screen “Pathaan.”

India’s leading multiplex chains have also recorded robust advance bookings, with PVR reporting nearly 500,000 tickets sold and Inox some 275,000. The film is opening in more than 4000 screens across India.

Box office analyst Elara Capital is predicting a first day collection of INR400 million ($5 million) in India alone, based on “compelling advances” and a lifetime business of INR2-2.5 billion ($25-30 million) in the country, “if positive reviews and word of mouth publicity ensue.”

“Pathaan” releases Jan. 25 in the Hindi, Tamil and Telugu languages. Jan. 26 is a public holiday in India for Republic Day.

Khan is known as one of the great romantic stars of Bollywood. However, some of his last few films have underperformed at the box office and his most recent release as a solo hero was “Zero” in 2018. He has since had cameos in “Laal Singh Chaddha” and “Brahmastra Part One: Shiva” in 2022.

Sanjeev Kumar Bijli, joint managing director, PVR Limited, said: “We have a phenomenal opening of ‘Pathaan’ with advances of close to 5 lac [500,000] admissions for the first long weekend of the movie releasing on 25th January. This will be the first SRK [Shah Rukh Khan] film that will open at 6 am in PVR cinemas. A movie truly made for the big screen experience, we are seeing an increasing preference to watch this movie in our premium formats like IMAX, ICE, 4DX and P [XL].  In addition to South India where the movie is being released in Tamil and Telugu, it has opened really well in Kerala in its original language of Hindi. Overall, it has been an absolute encouraging response to out of home entertainment experience to families for this mega blockbuster movie.”

Nelson D’Souza, VP, international distribution, at Yash Raj Films, added: “We are very bullish about ‘Pathaan’ and what it can collect from the overseas territories. It should be able to bring the cheer back in the theatrical distribution business at the start of the year.”