By Vic Medina
| Published 16 mins ago

It seems there are two types of people these days: people who want to be Sydney Sweeney, and people who want to date Sydney Sweeney. The Euphoria star is active on Instagram, showing off her everyday life, her fashion sense, and her jaw-dropping looks to her 14 million followers. Her latest post features a picture from her recent photoshoot for Tory Burch handbags, as she just signed on as a spokesperson for the high-end brand.

Tory Burch also shared photos and video from the photo shoot, which features Sydney Sweeney on a boat, with a major city skyline in the background. It isn’t clear what city it is, although it appears to be the Boston skyline, which makes sense, as the 24-year-old just shared a picture of herself at Fenway Park just ten days ago. Also, her new film, Marvel’s Madame Web, is currently filming in Boston. It’s not clear what role she will be playing, and we’ll have to wait a bit longer to find out, as Sony has delayed its release from July of 2023 to October 6, 2023.

Sydney Sweeney made headlines recently, for all the wrong reasons. On the heels of earning two Emmy nominations for her work on Euphoria and The White Lotus, Sweeney told Fortune Magazine that she really doesn’t make that much money, and would not be able to afford life in Los Angeles on just her acting salary. She reportedly only made $25,000 an episode during Euphoria’s first season and receives no residuals from streaming views. However, she does have several endorsement deals, including Tory Burch and MiuMiu, and she is currently the face of Armani Beauty. With that, she recently bought a $3 million home in the Hollywood Hills but admits her lawyers, agent, managers, and publicity team cost more than her mortgage. Her comments led to online criticism from those who say she isn’t grateful for the life she’s living now.

Regardless of the controversy, you can’t accuse Sydney Sweeney of being lazy. In addition to her current role in Madame Web, she just finished filming National Anthem, a crime drama by director Tony Tost. It has yet to receive a release date. Euphoria has been renewed for season three, and filming should begin soon, and one would expect Sweeney will be getting a raise after her Emmy nomination. The Spokane, Washington native also had roles in Robot Chicken, Night Teeth, The Voyeurs, and Downfalls High, all released or airing within the past year.

Speaking of Euphoria, the HBO hit starring Zendaya (Dune), Sydney Sweeney recently revealed that she was told not to audition for the role, as the casting director didn’t feel she was right for the role of Cassie Howard. However, she persisted and sent producers a video of herself reading lines from a Euphoria script, which won her the role. It was certainly a turning point for the young actress, who started acting at the age of 14 with small roles in Heroes, Criminal Minds, and Grey’s Anatomy. That led to roles in Hulu’s hit The Handmaid’s Tale (as Eden Spencer) and HBO’s Sharp Objects. A role as one of Charles Manson’s “girls” in Quentin Tarantino’s Once Upon a Time…In Hollywood followed, and then the role in Euphoria came along. Her bold portrayal of Cassie has won her a legion of fans, and she said she enjoys playing the role and isn’t concerned with the nude scenes it requires, saying she will continue to do them.

Rainwater is no longer safe to drink worldwide thanks to “forever chemicals.”

According to Euronews, man-made chemicals such as per- and poly-fluoroalkyl substances, aka PFAS, are known as “forever chemicals” because they don’t break down in nature. They’re known to have non-stick and stain-repellent elements that can be found in lots of everyday items such as food packaging, electronics, cosmetics, and cookware. Thanks to the University of Stockholm, these items have been found in rainwater throughout the world.

Ian Cousins, the lead author of the study, stated:

“Based on the latest US guidelines for PFOA in drinking water, rainwater everywhere would be judged unsafe to drink,” he continues to say. “Although in the industrial world we don’t often drink rainwater, many people around the world expect it to be safe to drink, and it supplies many of our drinking water sources.”

The study also noted that the safe guideline levels for forever chemicals have drastically dropped in the last two decades–despite research revealing how toxic they are.

The report goes on to explain that you shouldn’t drink rainwater because it could lead to the following:

Due to this information, scientists are calling for tighter restrictions on PFAS, as well as for the companies most notably using these chemicals to pay for the “vast amounts that it will cost to reduce PFAS in drinking water to levels that are safe.” 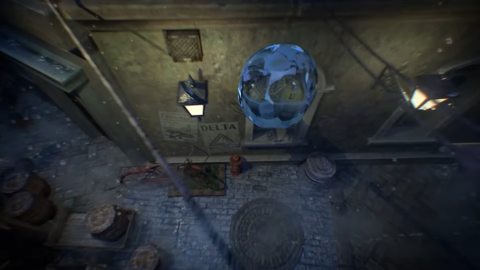