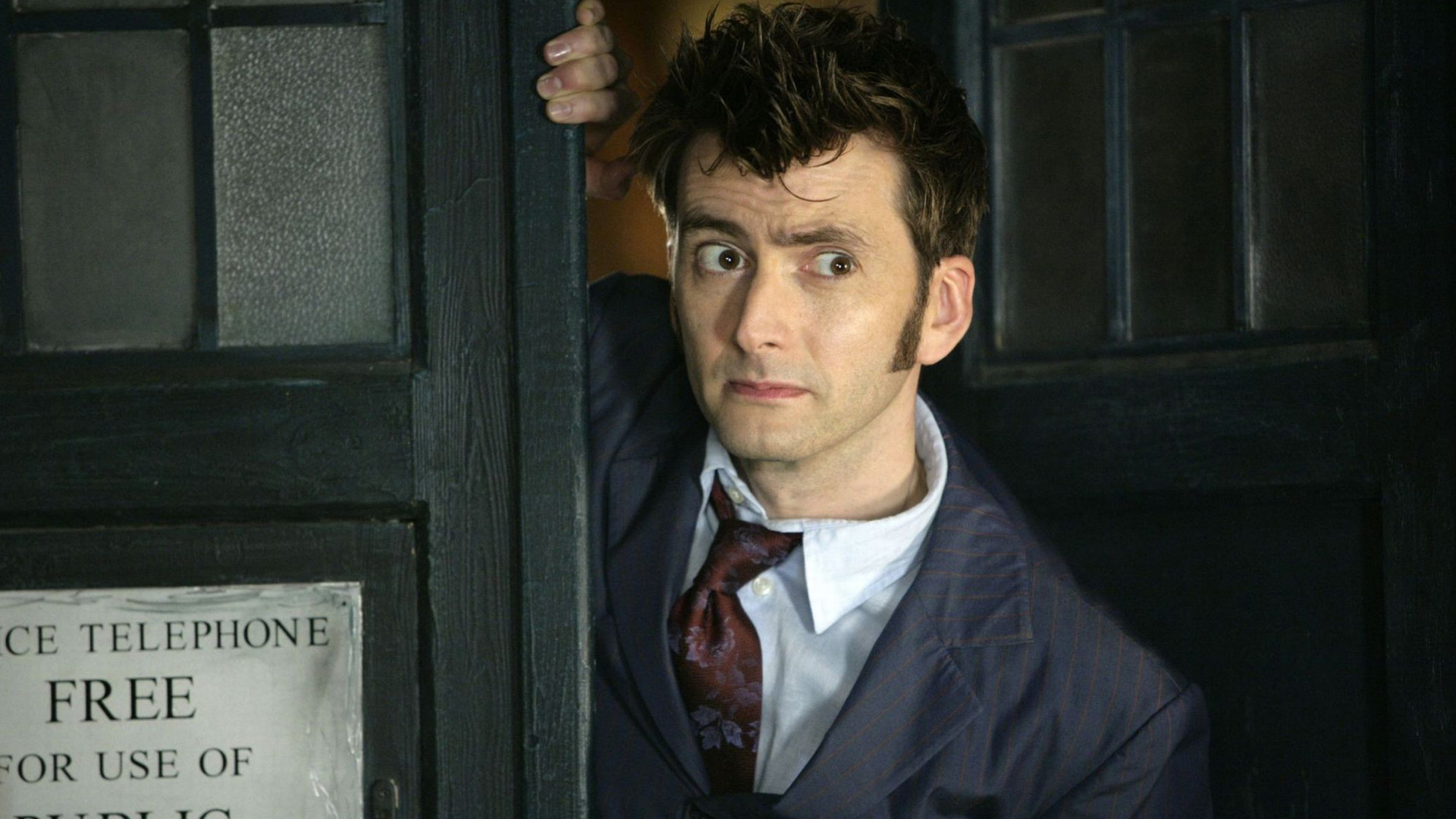 David Tennant trolled his son, Ty Tennant, when the latter was at a House of the Dragon event at London’s Comic-Con

By Jennifer Asencio
| Published 43 mins ago

David Tennant likes to have fun with his family. This can be expected from the Doctor Who fan that not only got to play the titular character but also has his own favorite Doctor as a father-in-law. Now, there’s another generation to join the fun as David Tennant trolled his son Ty at this weekend’s London Comic-Con event.

As Ty appeared at London Comic-Con, David Tennant dutifully stood behind him with a sign reading “He’s not that special.” This photobomb is reminiscent of one performed by family patriarch Peter Davison earlier this year at a Wales event. The actor who played the Fifth Doctor stood behind his Tenth Doctor son-in-law with the same words on his own sign, also posing with the long queue of fans waiting for autographs.

In addition to being the son of David Tennant and his wife, Georgia, Ty Tennant is also making his own name on the small screen. With credits in the series Doom Patrol and Around the World in 80 Days under his belt, the actor landed a starring role in a television adaptation of War of the Worlds. More recently he has appeared as Aegon Targaryen in House of the Dragon.

Since trolling runs in the family, Georgia Davison-Tennant was not to be left out of the festivities. She was faithfully on hand to document both Davison’s trolling of David Tennant, as well as the next-gen trolling of son Ty. Further, she posted the fun on her social media.

David Tennant is best known for playing mischievous characters aside from the Tenth Doctor. He also plays the devilish Crowley on the Amazon Prime show Good Omens, where his job is to corrupt human souls but has a love for human niceties. He also played the villainous Barty Crouch Jr. in Harry Potter and the Goblet of Fire, but his character spent most of that movie disguised as Alastor Moody.

While the Scottish actor has made his name mostly on television credits, he has also lent his voice to many animated shows. David Tennant plays Scrooge McDuck in the Ducktales reboot as well as Spitelout in the How to Train Your Dragon series. He also played the voice of the Lord Commander in the cult hit Final Space.

David Tennant was famously a Doctor Who fan as a child, idolizing the Fifth Doctor, played by Peter Davison. He was passed up to play the Ninth Doctor in favor of Christoper Eccleston, but when Eccleston quit the show after only one season, the show hired him on as his replacement.

He became so popular as the Tenth Doctor that he has been called back to make appearances in various Doctor Who specials, and will be reprising the role as the Fourteenth Doctor as the show bridges the gap between Jodie Whittaker and Ncuti Gatwa.

He met his wife, Georgia, while filming Doctor Who, in an episode in which she played Jenny, the Doctor’s daughter through DNA manipulation. If this didn’t bring the Tennant family full circle, son Ty is currently playing the great-nephew of Daemon Targaryen on House of the Dragon, who is being portrayed by David Tennant’s Doctor Who successor, Matt Smith.

As this Doctor Who family grows and Ty begins to build his resume, we can expect them to have even more fun with each other and with fans.