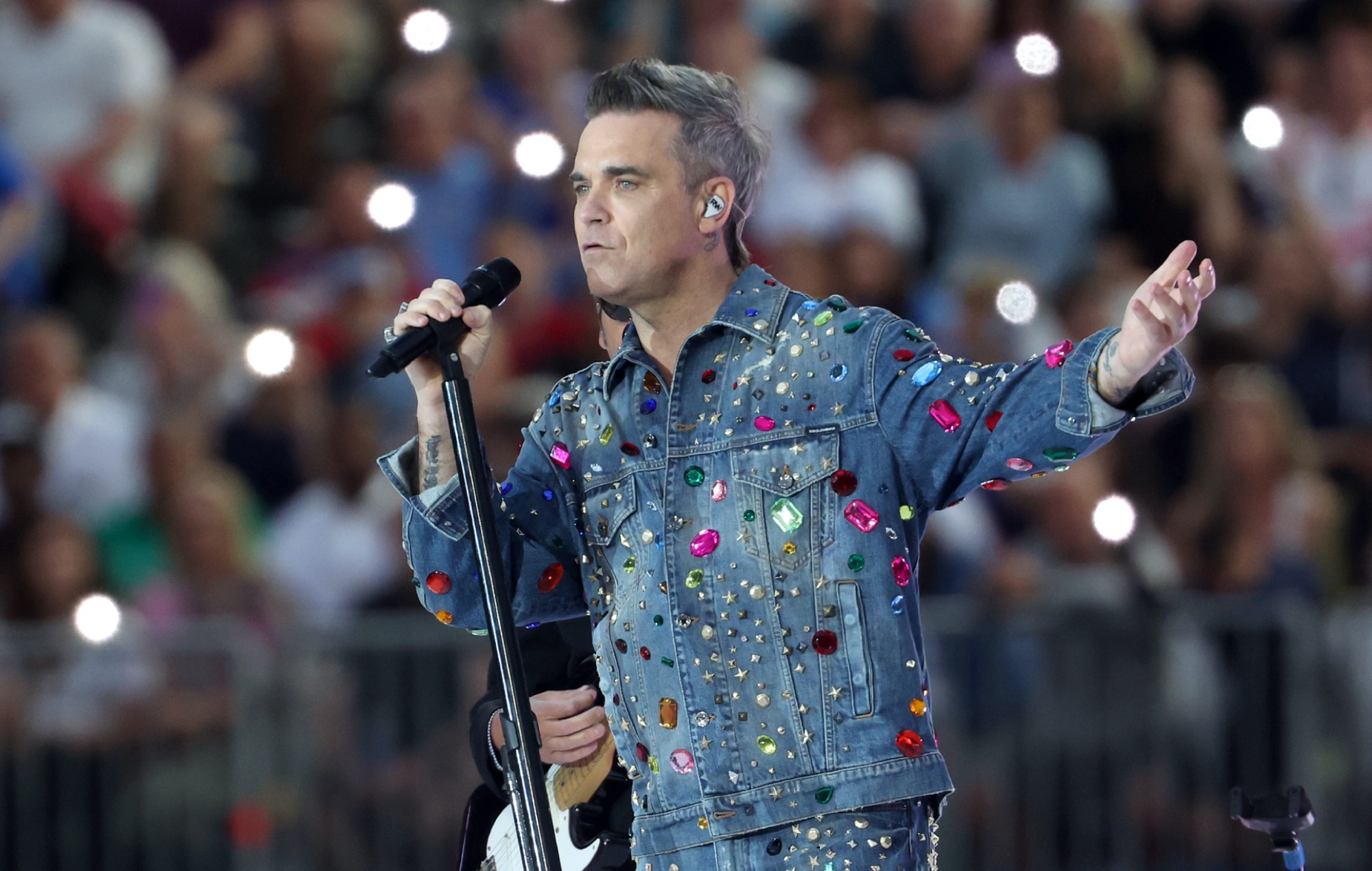 Robbie Williams has said it “would be cool” to return to Glastonbury this year to take on the coveted legends slot.

The pop star, who released his record-breaking ‘XXV’ compilation earlier this month, hasn’t played at Worthy Farm since he made his debut appearance at the iconic event back in 1998.

During a new interview with BBC Breakfast, Williams was asked whether he’d be up for making a Glasto comeback with a legends set.

“Yeah, that’d be cool. Actually, I’d like to do that,” he replied. “I’d like another go round on that stage and feel that audience and get the chance to do it.”

Williams continued: “[Glastonbury has] never really been on my radar, and obviously [I’ve] not been on their radar, either. But now I’m like, ‘Yeah, I wanna do that’.”

It was then put to the singer that Melanie C had already thrown Spice Girls‘ name into the ring for the 2023 legends slot. “Oh, really?” Williams responded. “The Spice Girls trumps a Robbie Williams, so maybe I’ll have to wait.”

He went on to say that Glastonbury “is the epicentre of the music world”. You can see a clip of the conversation in the tweet below.

‘It is the epicentre of the music world’
Robbie Williams has told #BBCBreakfast he’d love to do the ‘Legends’ slot at Glastonbury in 2023, 25 years after his last appearance.
But as Colin Paterson revealed he may have to battle the Spice Girlshttps://t.co/Dt83q16BXQ pic.twitter.com/oD99PSlnuD

Williams recently spoke about his notorious weekend at Glastonbury 1995 during an interview with NME. “You know, me turning up at Glastonbury… I’m trying to put it into terms that won’t get me in trouble, but it’s like Putin turning up in Westminster,” he said.

“That’s a bit extreme, obviously, but it was like, ‘What the fuck is he doing here?’ If you got Niall Horan or Harry Styles or whoever you wanna say that goes to Glastonbury now, it’s like, ‘Yeah – that’s what they should be doing. Hope they’re having a great time!’ There’s no judgement. But back when I went, it was, like, A Thing.”

Despite Williams’ interest in the legends set, Roxy Music are currently rumoured to be filling the special slot next year.

The performance traditionally takes place on the Pyramid Stage at around 4pm on the Sunday of the festival. It is usually reserved for heritage acts, and often proves to be one of Glastonbury’s most popular moments of the weekend.

Diana Ross appeared in the slot this June, with the likes of Kylie Minogue, Barry Gibb, Jeff Lynne’s ELO, Lionel Richie and Dolly Parton also having taken on the legends set in recent years.

Glastonbury 2023 is set to take place between June 21 and June 25. No acts have been confirmed as of yet. The first batch of tickets are expected to go on sale at some point next month.