Rian Johnson, Natasha Lyonne Explain the Surprising Connection Between ‘Poker Face’ and the ‘Knives Out’ Universe 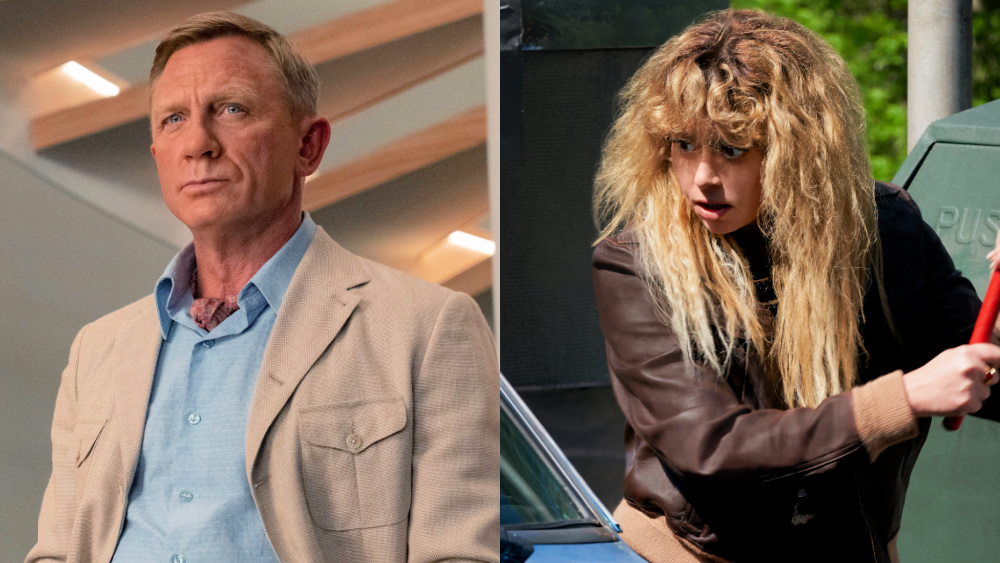 Rian Johnson, master of the modern “whodunit,” is taking on the “howcatchem” with the Jan. 26 launch of the Natasha Lyonne-led Peacock series “Poker Face.” While the show revolves around Lyonne’s Charlie Cale, a human lie-detector whose circumstances throw her into murder-mystery-solving mode each week, Johnson revealed how Benoit Blanc (Daniel Craig), the character at the center of his films “Knives Out” and “Glass Onion,” is also connected to “Poker Face” in an ultra-meta way.

For those who have yet to see “Glass Onion: A Knives Out Mystery,” Lyonne makes a cameo playing herself on a five-way Zoom call with Benoit Blanc, Stephen Sondheim, Angela Lansbury and Kareem Abdul-Jabbar, a group of friends who all like a good puzzle. Lyonne joins her other mystery-loving buddies in trying to get Blanc, who is sitting in the tub, out of his current funk.

“You ready for a real kind of reality twist? So in the cameo in ‘Glass Onion,’ she’s playing herself — but she’s in hair and makeup as Charlie in her trailer in between setups on the set on the set of ‘Poker Face,’” Johnson told Variety. “So in the world of ‘Glass Onion,’ ‘Poker Face’ is a show that his friend Natasha is shooting. It’s a twisted web that we weave.”

Now that we know Blanc is likely to be tuning in for the four-episode debut of “Poker Face” later this week, due to his friendship with Lyonne, you might be wondering why that friendship came about in the first place.

“Here’s the thing: Benoit Blanc needs friends, too. I get it. It’s a lonely life, to quote Bette Davis,” Lyonne said. “Maybe I am just the type of Hunter S. Thompson figure he would be friends. Gosh, I don’t know, but I like it! I also feel like I’m not friends with enough fictional characters in real life, so it’s a relief for me to hear that Rian has crafted this friendship. I’m not sure exactly how it works, like, can I call him? Where is the line?”

And Johnson does have ideas for who he’d like to come play in potential future installments, based on who he couldn’t get for “Poker Face” Season 1.

“The casting process on these was insane, frankly, because we were really trying to get a movie star every single episode, and that’s really hard,” Johnson said. “There were plenty of actors where the schedule wasn’t going to work, we had them in mind or wanted to work with them and couldn’t figure it out. Maya Rudolph, I would have given my left arm to have in one of these episodes, but she was making her show at the time.

“I’d love, at some point, to get my friend Jamie Lee Curtis in one of these. Hi, Jamie — if you’re reading this!” Johnson continued. “But I’m astounded by the cast that we did get together. I sit back and I just look at these names and still can’t quite believe it. Hopefully we can keep the show going: Our object is to someday use every actor on the planet Earth, literally run out of actors.”