Song will appear on the rock band’s forthcoming double LP, Return of the Dream Canteen

“It’s only 1983/ please don’t remember me,” Anthony Kiedis croons over the mid-tempo rocker. “For what I did with David/ you know I’m talking David Lee.”

“Sometimes we don’t realize how deeply affected and connected we are to artists until the day they die,” Kiedis said in a statement. “Eddie Van Halen was a one of a kind. The day after his death Flea came into rehearsal with an emotional bass line. John, Chad, and I started playing along and pretty soon with all our hearts, a song in his honor effortlessly unfolded. It felt good to be sad and care so much about a person who had given so much to our lives. Although the song doesn’t speak to Eddie by name, it talks about his early days on the Sunset Strip and the rock ‘n’ roll tapestry that Van Halen painted on our minds. In the end, our song asks that you not remember Eddie for dying but for living his wildest dream.” 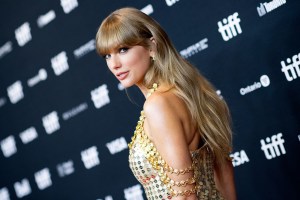 “We went in search of ourselves as the band that we have somehow always been. Just for the fun of it we jammed and learned some old songs,” the band said of Return of the Dream Canteen in a statement. “Before long we started the mysterious process of building new songs.” They added: “Once we found that slip stream of sound and vision, we just kept mining. With time turned into an elastic waist band of oversized underwear, we had no reason to stop writing and rocking. It felt like a dream.”