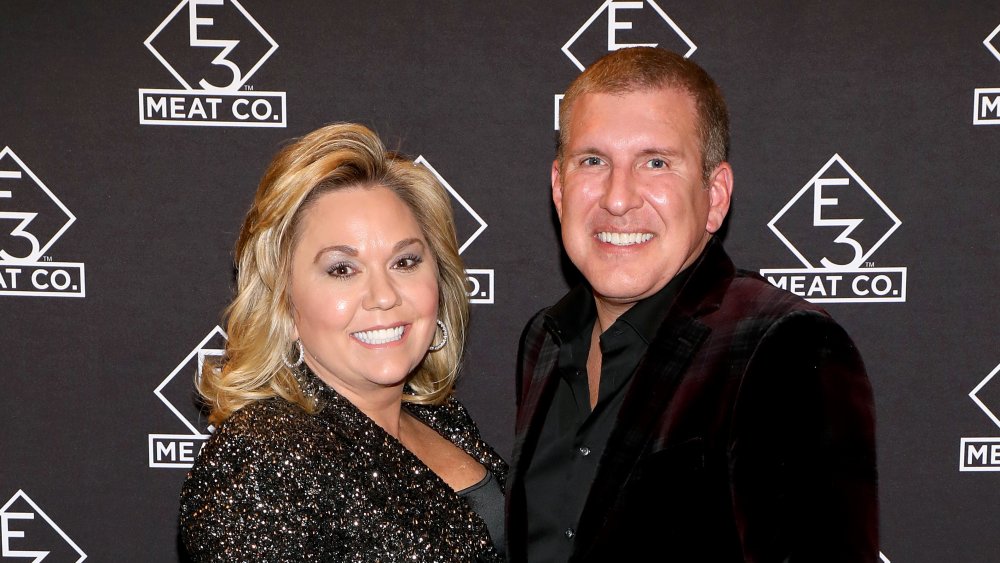 Todd and Julie Chrisley, the stars of the USA Network’s top-rated original series, “Chrisley Knows Best,” were sentenced to lengthy terms in federal prison on Monday for what prosecutors called a “15-year fraud spree.”

The couple were convicted in June of tax evasion and bank fraud. Prosecutors alleged they used falsified documents to obtain $30 million in bank loans, and then defaulted on more than $20 million in debt when Todd Chrisley declared bankruptcy in 2012. They also concealed millions of dollars from the IRS that they had earned from the show, the federal jury found.

Federal prosecutors had asked that Todd Chrisley be sentenced to 17-21 years, and that Julie face 10-12 years.

In a sentencing memo, prosecutors wrote that the Chrisleys flaunted their wealth on their TV show while stiffing creditors, including service workers and a contractor who was not paid for work on the couple’s house.

“Todd and Julie Chrisley are career swindlers who have made a living by jumping from one fraud scheme to another, lying to banks, stiffing vendors and evading taxes at every corner,” the prosecutors wrote. “Their ’empire’ was built upon the backs of defrauded community banks that collapsed while Todd Chrisley used the stolen money to fly to Los Angeles for bi-weekly haircuts.”

The Chrisleys’ accountant, Peter Tarantino, was also sentenced on Monday to three years in prison for his role in the scheme. Tarantino was convicted of conspiring to defraud the IRS and filing false tax returns.

Todd Chrisley’s defense lawyer, Bruce Morris, sought a reduced sentence, arguing that the delinquent taxes have since been paid and that many people rely on him for their income, including those employed on “Chrisley Knows Best” and its various spinoff shows.

“The scores of people who are employed in the production and filming of the Chrisley television shows will be harmed when he is incarcerated,” Morris wrote.

A few episodes of Season 10 of “Chrisley Knows Best,” which were shot before the trial began, are expected to air next year. Beyond that, while there has been no formal word from NBCUniversal, no plans have been announced for additional seasons of the Chrisley shows.

The defense also submitted numerous letters of support from family friends, as well as one from Lee White, the Chrisleys’ agent at WME in Nashville.

White wrote that the Chrisleys helped his wife get treatment for cancer.

“This is the perfect example of who they truly are as Christians,” White wrote. “The version of Todd and Julie that was painted by the prosecution is totally antithetical to the people that we know and love… Simply put, the world is a better place because of the selflessness and love that they show to anyone that comes into their lives. This is the Todd and Julie Chrisley that I know. We need more role models in our communities like this, not less.”

Julie Chrisley’s defense lawyers argued that she was a “minimal player” in the offenses and asked that she be sentenced to probation, instead of prison.