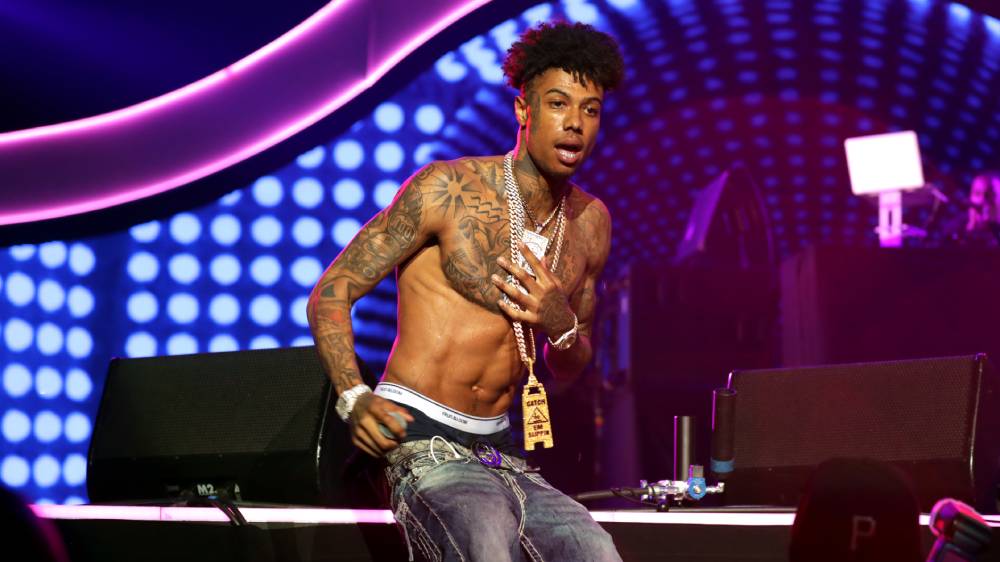 Rapper Blueface and his girlfriend, Chrisean Rock, were captured on video getting into a physical fight on the streets of Hollywood early Tuesday morning.

A source within the Los Angeles Police Department confirms the station has started a preliminary investigation into the altercation but have yet to verify the identities of the couple, as they left by the time police showed up on the scene. Whether or not the couple decides to press charges on each other, the LAPD will still be setting up a crime report due to the severity of the standoff.

In the footage shared by TMZ, the couple is having a conversation on the sidewalk when Rock begins to attack Blueface — whose real name is Johnathan Jamall Porter — while shouting slurs at him. The two then begin punching each other down the street and wrestling on the ground.

Blueface and his girlfriend Chrisean Rock get into physical fight with each other on Hollywood Blvd.👀😳 pic.twitter.com/ZqpbDl9130

It appears that the rapper was trying to de-escalate the altercation at some points, climbing on top of Rock and pinning her to the ground while telling her to “Calm down” and to stop following him. His attempts did little to end the fight, which continued for the entirety of the four-minute video.

Early Tuesday morning, Blueface shared a series of Instagram stories in which he claims the fight started over gaining control of a phone after he discovered Rock had allegedly been talking to other men. The video shows Rock in bed as Blueface accuses her of sleeping with a corrections officer at a New Orleans jail.

“Y’all don’t know her. I barely know her. Went through her damn phone. She fuckin’ the CO at the damn jailhouse. She sending the CO the hotel,” he shouts while showing his black eye.

In the video, Rock denies the allegations as the rapper continues to accuse her of cheating on him with multiple people. “I’m only airing this out ‘cause you think she’s a solid bitch…She’s a good actor. I’m going to put you in a movie,” he says at the end of his Instagram stories.

This isn’t the first time Blueface and Rock have been in the headlines for their involvement in violent confrontations — the two have been arrested, caught up in vehicle theft and have had several other police encounters. Blueface recently released the single “One Time,” on July 22 which hasn’t seen the same degree of chart success as 2019’s “Thotiana” — the upbeat L.A. party rap song that launched Blueface’s career and led to collaborations with YG and Cardi B.