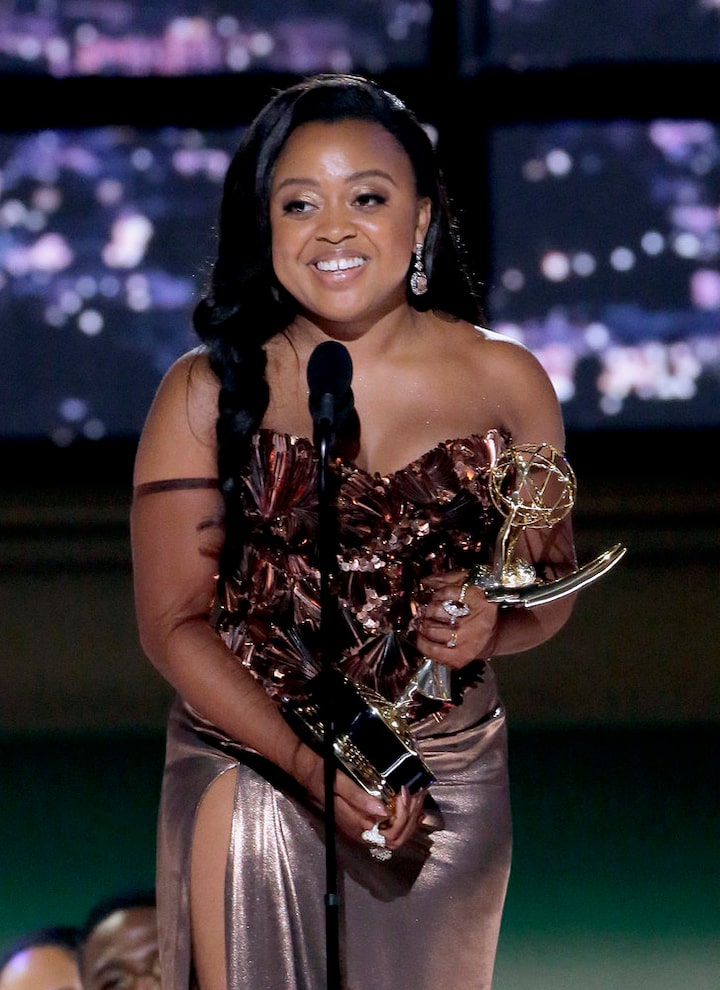 Class is back in session for “Abbott Elementary” after an A+ award season.

The show took home three Emmys this month, and the show’s creator, writer, and star Quinta Brunson was just the second Black woman to win for Outstanding Writing in a Comedy Series.

“Extra’s” Melvin Robert spoke with Brunson, asking if she had been able to “take in the magnitude of the moment.”

She replied, “I don’t think so, really… I was not expecting it.”

Her co-star Sheryl Lee Ralph made her own bit of history as only the second Black actress to win Outstanding Supporting Actress in a Comedy Series.

She told Melvin, “I am so happy. I am so thrilled.”

Quinta revealed Sheryl’s no-nonsense veteran teacher character Barbara was “based off my mother,” while her own character Janine Teagues “became the eyes that we wanted the audience to see Abbott through.”

Melvin has a background in education, and he spoke with the cast about how the show brings reality to what it is like to be a teacher.

Tyler James Williams, who plays straitlaced teacher Gregory, said, “For teachers, to see their stories recognized, there could be a greater trend here.”

Lisa Ann Walter aka street-smart teacher Melissa added, “I love that our show gives them respect.”

Sheryl shared, “The outpouring of appreciation from them has been amazing.”

“Abbott Elementary” Season 2 kicks off at 9 p.m. Wednesday on ABC.