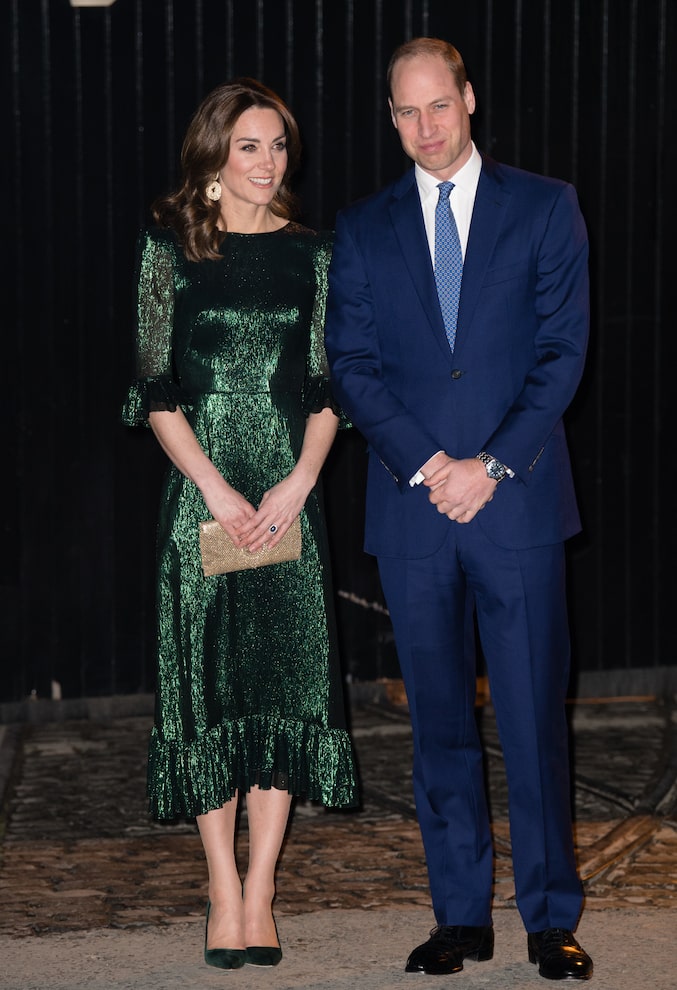 The artwork, by award-winning British portrait artist Jamie Coreth, was unveiled on Thursday at the University of Cambridge’s Fitzwilliam Museum. The royal couple was there as it was revealed to the public for the first time.

The painting depicts a regal Prince William in a dark suit and blue tie, while Kate is wearing the gorgeous green Vampire’s Wife dress she wore to an event at Dublin’s Guinness Storehouse in March 2020.

The Duke and Duchess of Cambridge were pleased with the portrait, posting on Instagram, “Delighted to see this new portrait unveiled at the @fitzmuseum_uk in Cambridge today!” 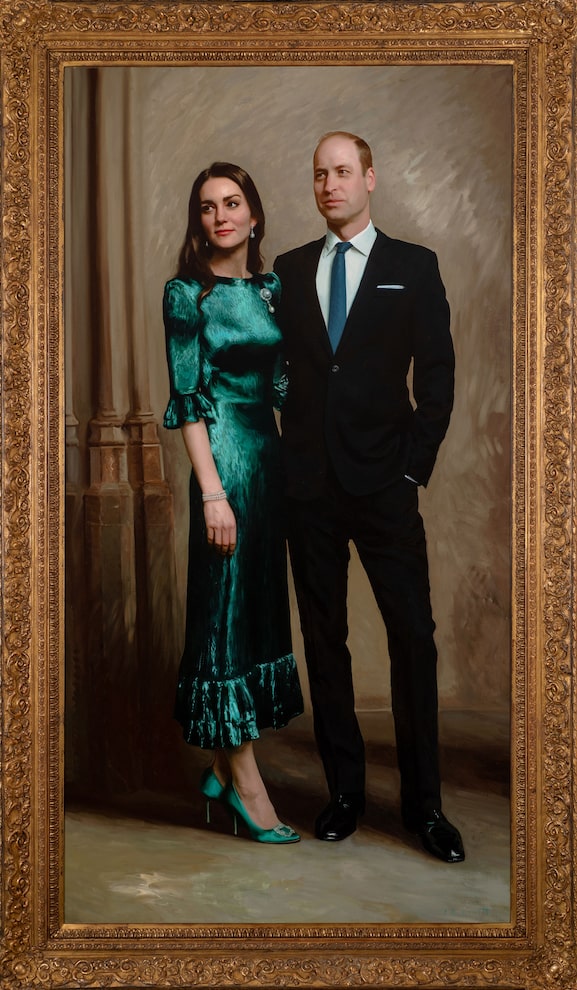 Coreth told the Fine Arts Commission, “It has been the most extraordinary privilege of my life to be chosen to paint this picture. I wanted to show Their Royal Highnesses in a manner where they appeared both relaxed and approachable, as well as elegant and dignified. As it is the first portrait to depict them together, and specifically during their time as The Duke and Duchess of Cambridge, I wanted the image to evoke a feeling of balance between their public and private lives. The piece was commissioned as a gift for the people of Cambridgeshire, and I hope they will enjoy it as much as I have enjoyed creating it.”

The portrait will be on display at the University of Cambridge’s Fitzwilliam Museum for three years before moving to other locations around  Cambridgeshire.

People magazine reports William and Kate also had plans to meet with the artist and supporters of the project including Lady Sibyl Marshall, who proposed the idea. From there, they were expected to attend Cambridgeshire County Day a celebration of the Queen’s Platinum Jubilee.

Earlier this month, Prince William and Kate had their hands full with Prince Louis throughout the Queen’s Platinum Jubilee in London, and they took it in stride.

The 4-year-old was photographed making all kinds of faces at special events like the Trooping the Colour parade and the Platinum Jubilee Pageant. He definitely stole the show sticking his tongue out, covering his eyes and scowling.

William and Kate, who are also parents to Prince George and Princess Charlotte, acknowledged Louis’ antics on Instagram. They posted some special photos from the event with the caption, “What a fantastic weekend of celebrations. Seeing people across the nation coming together with family, friends and loved ones has been extremely special,” they wrote. “Thank you to everyone who turned out to show their gratitude to The Queen and her inspiring 70 years of leadership. From the crowds on the Mall to communities hosting street parties up and down the country, we hope you had a weekend to remember.”

They royals quipped, “We all had an incredible time, especially Louis…” while adding the eyes emoji!

The couple included their initials, making it clear the message came directly from them.

The Queen’s Platinum Jubilee marks her “70 years of service to the people of the United Kingdom,” and the four-day event included many special moments. 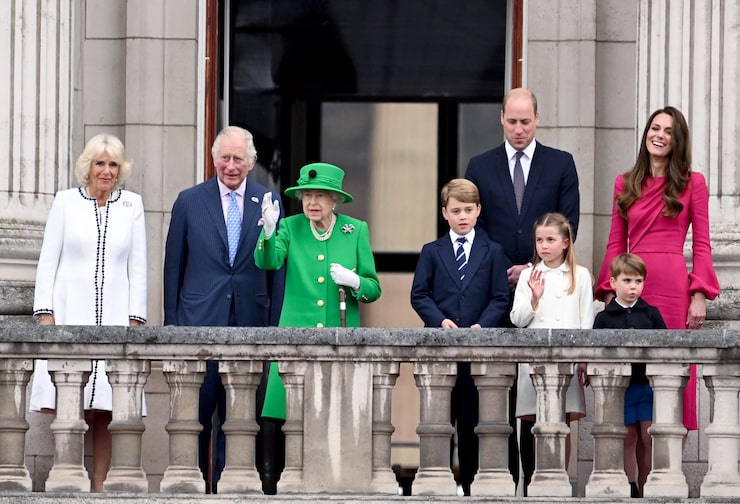