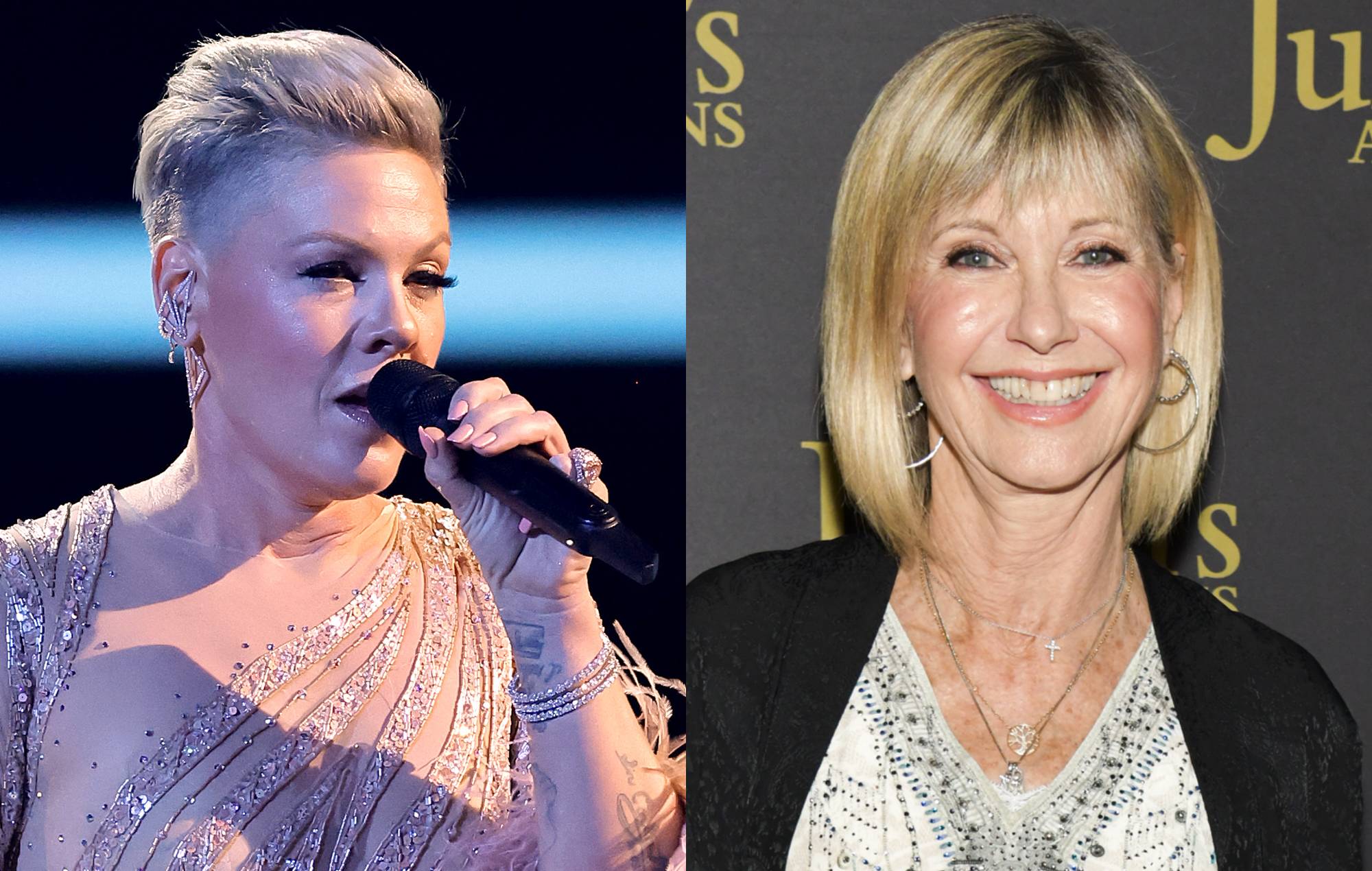 Pink paid tribute to the late Olivia Newton John at the AMAs last night (November 20) with a performance of ‘Hopelessly Devoted To You’ – check it out below.

The singer covered the 1978 hit from Grease while a montage of images of Newton John, who died from breast cancer in August at the age of 73, played behind her. The performance was met with a standing ovation.

Pink was introduced by Melissa Etheridge, who paid her own tribute to Newton John. “You stood in awe of her welcoming beauty, and you basked in the feeling that she was connecting to you alone. But when she opened her mouth to sing you knew instantly, you’d have to share her with the world,” Etheridge said [via Rolling Stone]. “As her tens of millions of fans will attest, to hear her sing – whether live at a theatre or up on the silver screen – was to feel the power of art to transform the feelings we all have of love, of elation, and disappointment into something sublime.”

You can watch a clip of her performance below:

@P!NK performs “Hopelessly Devoted to You” at the 2022 AMAs. Watch LIVE on ABC!

Newton John’s 2018 greatest hits collection ‘Hopelessly Devoted: The Hits’ returned to the ARIA Charts after her death, charting at Number Five while the original Grease soundtrack charted at Number Eight.

Newton John won 10 AMAs throughout her career, including for the Grease soundtrack in 1978.

Pink also opened the ceremony earlier in the evening, kicking off the show by performing new single ‘Never Gonna Not Dance Again’. It is her second single of the year following ‘Irrelevant’, but it remains to be seen if these are standalone songs or the first cuts from a follow-up to her 2019 album ‘Hurts 2 B Human’.

Last month, the singer announced details of a 2023 UK stadium tour, P!NK’s Summer Carnival 2023, which includes two dates in London’s Hyde Park as part of the annual BST series. You can see the full list of dates below and buy your tickets here.