‘Patrick and the Whale’ Explores Communication, Emotional Connection Between Human and Sea Giant 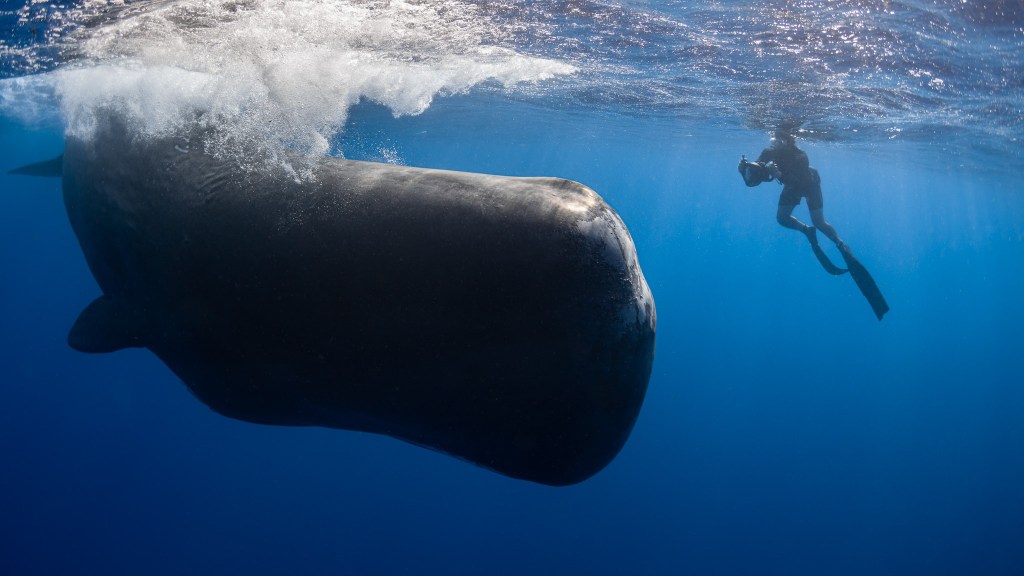 In “Patrick and the Whale,” director and editor Mark Fletcher explores an area not often examined by wildlife filmmakers: the emotional connections that bind sperm whales and their ability not only to communicate to one another, but also, seemingly, to humans.

Employing stunning underwater footage, the film follows Dykstra as he delves into the fascinating nature of sperm whales, seeking to better understand their intelligence and complexity while also highlighting their fraught relationship with humankind.

Dykstra, a former corporate lawyer who ditched his office job to explore the oceans, initially experienced a close encounter with one of the whales off the coast of the Caribbean island of Dominica, where she approached him, coming within touching distance and pulsing him with her sonar in what appeared to Dykstra to be an effort to communicate with him.

The film accompanies Dykstra as he returns to Dominica the following year to find the special whale, whom he names Dolores, hoping that she will provide a glimpse into the hidden world of her species.

It focuses largely on Dykstra and his conviction that the whales are indeed trying to communicate with him. There was some concern that his views might be deemed “anthropomorphic, whimsical or totally deluded,” Fletcher notes. The film explores that, he adds.

On his return trip, Dykstra finds Dolores and she immediately recognizes him.

The filmmakers planned to mount a camera on the whale with the hopes of capturing never-before-seen footage of the great depths to which the whales dive and perhaps even witness it feeding on giant squid.
Dykstra, feeling emotionally attached to the whale, was hesitant about conducting the science experiment, however. When things don’t go as planned, the delicate relationship between whale and man is put to the test.

“The film becomes about the balance of science versus emotion, and about the science of emotion,” Fletcher explains.

“There is a science of animal emotions – scientists call it ‘effective behavior’; they’re affected by their feelings,” he says. Here, the presenter of a wildlife film explains what that actually feels like. With “Patrick and the Whale,” Fletcher focused on getting the audience to feel exactly that.

The director compares Dykstra’s initial contact with the whale to an alien encounter, particularly the one portrayed in Steven Spielberg’s “Close Encounters of the Third Kind,” in which the extraterrestrials use musical notes to communicate.

While some humpback whales are known for their singing, sperm whales communicate by making clicking sounds.

“When the whales say hello to each other, it’s click, click, click,” Fletcher says. “They talk very slowly to Patrick. Normally when they talk to each other it’s in very fast bursts. They slow it down with Patrick because they’re trying desperately to communicate. And then they wait for him to say something and they are so patient. But he can’t.”

Fletcher notes, however, that communication between humans and sperm whales – which have the largest brains of all animal species – may become reality thanks to a scientific project that is currently seeking to decipher the language of sperm whales: the Cetacean Translation Initiative, or CETI.

In their ambitious effort to make interspecies communication possible, researchers are using data collected from sperm whales off Dominica and applying machine learning, cryptography and robotics to decode their language.