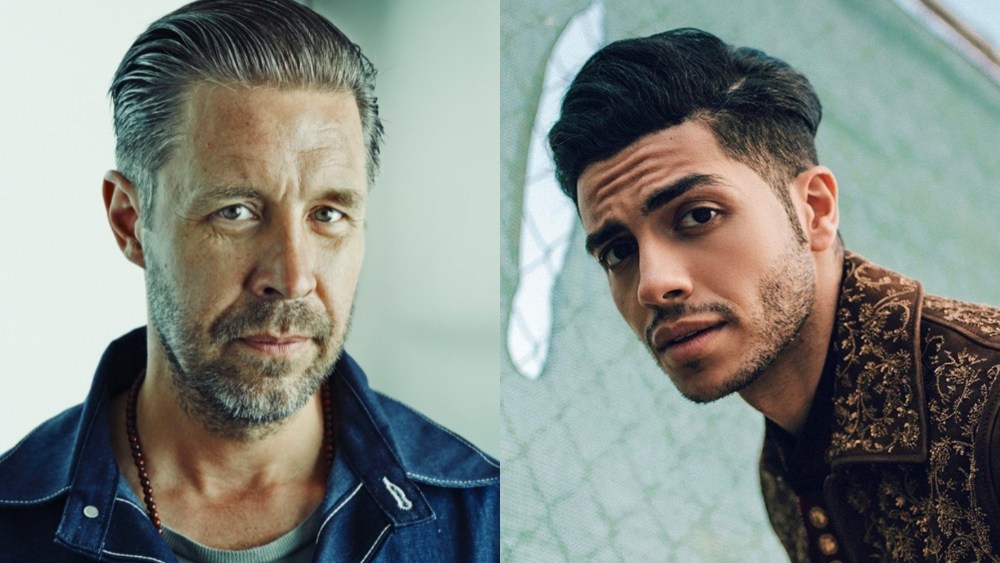 “House of the Dragon” star Paddy Considine is set to star alongside Mena Massoud (“Aladdin”) in the boxing drama “Giant,” based on the true story of British-Yemeni pugilist Prince Naseem “Naz” Hamed and his ascent to a world championship under the tutelage of Irish-born boxing trainer Brendan Ingle.

The film will be written and directed by Rowan Athale (“The Rise”) and produced by Mark Lane of Tea Shop Productions and Kevin Sampson of White Star Productions. “Moonfall” and “Tinder Swindler” outfit AGC Studios will fully finance and produce, with executive producers including Sylvester Stallone and Braden Aftergood of Balboa Productions.

“Giant” is the true story of Hamed’s humble beginnings on the tough working-class streets of Sheffield and his discovery by Ingle, a steel industry worker turned boxing trainer. Their unlikely partnership along with Naz’ unorthodox style, cocky persona and dominance in the ring propelled them to the top of boxing’s elite, all in the face of Islamophobia and racism in Britain.

Director and screenwriter Athale said he’s been keen to bring the film to screen for many years.

“The story of fabled boxing trainer Brendan Ingle and his tempestuous relationship with protege ‘Prince’ Naseem is both legendary, and truly cinematic,” said Athale.

“It’s exciting, necessary, hilarious, and heartbreaking, and to be making this movie with the incomparable Paddy Considine and Mena Massoud, and with the support of the one and only Sylvester Stallone and his Balboa Productions team, is a dream come true.”

The deal was brokered for Considine by CAA and Independent Talent Group, and on behalf of Massoud by Derek Kroeger of Myman, Greenspan, Fox, Rosenberg, Mobasser, Younger & Light, Gersh and LINK Entertainment. It was negotiated by SVP, Legal & Business Affairs Anant Tamirisa on behalf of AGC Studios.